UCSB, I.V. Lose Power Over 10 Times Throughout Sunday Morning Due to Thomas Fire 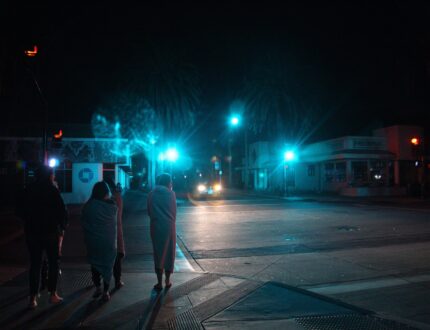 Somewhere In Between: In the Driver’s Seat

Meet Kimberly Barocio: She’s a fourth-year sociology major who has found solace by working on cars and becoming president of the Gaucho Automotive Society.

Should I Stay or Should I Evacuate?: Students’ Focus Disrupted by Thomas Fire

Naima Sudjian-Carlisle urges UCSB’s administration to take the Thomas fire seriously for the sake of students’ health and safety.

Pulling Back the Red Curtain: Why Hollywood is Currently Outdated

Ali Abouesh and Laurel Rinehart take a look at the current state of the movement for diversity in film.

The new petition includes eight demands, asking the university to allow students to return home and provide academic and emotional support to those who have been affected by the Thomas Fire.

Trump Declares State of Emergency in Calif., FEMA Will Fund Most Costs for Firefighting Efforts

FEMA will cover over 75 percent of firefighting costs in areas affected by the fire, according to Brandi Richard, FEMA spokesperson.

The Year of the Album: a Look Into the Future of Media Consumption

The advent of music editing technology has made the process of recording easier, slicker and faster — which makes a Beatles-esque creative yield even more achievable. This year, we saw a return to this level of relentless releases with a little help from our friend: the internet.

Saturation is quite possibly my favorite release of the year and proved the group to be a simultaneously experimental and accessible force in today’s music scene. Tracks like “Gold,” “Heat” and “Star” highlight the album’s quirky undertone and stunned the world with their unexpectedly phenomenal quality.

The map shows locations in I.V. and on campus that are closed Friday or providing limited services.