The Daily Nexus
Music
The Year of the Album: a Look Into the Future of Media Consumption
December 8, 2017 at 2:56 pm by Zoe Jones

Across genres, this year marked a crucial moment in the musical output of a variety of acts. Quite unexpectedly, 2017 was the year of prolificacy, leading some acts to put out two projects in the same week — and sometimes, even five full lengths back to back. However, this is not necessarily a new phenomenon. During their reign over the world of pop music, the Beatles released six albums between 1963 and 1966: Please Please Me, With the Beatles, A Hard Day’s Night, Beatles for Sale, Help! and Rubber Soul. These were all instant classics and changed certain aspects of the music world for good. The advent of music editing technology has made the process of recording easier, slicker and faster — which makes a Beatles-esque creative yield even more achievable. This year, we saw a return to this level of relentless releases with a little help from our friend: the internet.

Typically, releasing projects within less than a year of each other is not common — especially for acts that are well established. For example, take New Jersey indie-chill auteurs Real Estate, a band that’s been active since the late 2000s. Their latest project, from March of this year, is a wonderfully blissed out record, aptly titled In Mind. The tracks from In Mind are great, but I can’t help but notice the same reflective voice that colors most of their previous record, Atlas. It’s a great record, probably one of my favorites from the year, but the amount of time between its release and their previous was three years. Which, honestly, is not a remarkable turnover considering the standard that this past year gradually set. 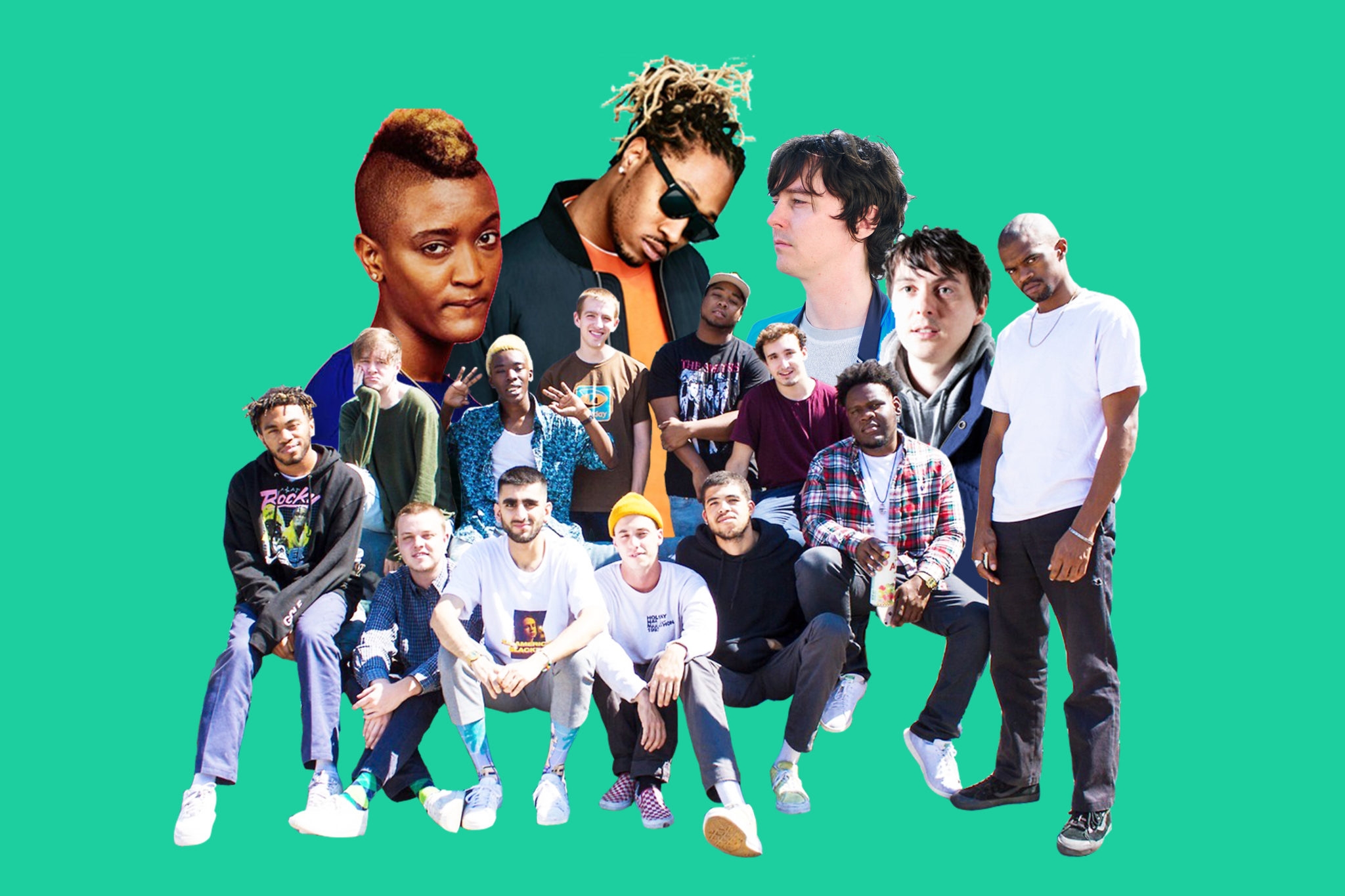 At the turn of 2017, Australian psych-rockers King Gizzard and the Lizard Wizard announced that they had set out to release four or five albums throughout the year. As of December, they’ve achieved that goal, releasing four unique and cohesive projects. The band name alone makes these guys sound ridiculous, but their work ethic is impeccable. Each album has its own distinct personality, experimenting with sounds from mellowed out beach fuzz to full on garage rock jams. Moreover, the last in this series of projects was released for free on the band’s website, further emphasizing their genuine desire create and then share. Four full-length projects, including songs that clock in well over five minutes, is quite impressive. This work ethic isn’t confined to the indie world either — it’s made its way into both the mainstream and underground of rap.

Our favorite trap-hop softie, Future, first made a name for himself by releasing a litany of mixtapes back to back. When he broke into the world of top charts and award nominations, he continued that trend, releasing multiple projects online between his studio albums. This year, however, he took the next logical step: putting out two studio albums in February within a week of each other. This was virtually unheard of — and a wildly successful move. The first of these projects, FUTURE, spawned the viral mega-hit “Mask Off,” which made its way to regular radio rotation and Twitter memes alike. The next, HENDRXX, did not have the same commercial reach, but allowed Future to set a record. It replaced FUTURE in the No. 1 spot on the charts, which made him the first artist in history to have two albums debut at No. 1 in consecutive weeks. It’s initially surprising that a rap artist set this kind of precedent in music, but at the same time, it makes perfect sense. Rappers are arguably the artists most inclined to rely heavily on the internet for self-promotion and on the newest production techniques that allow their voices to lean into the sound of now.

At the intersection of indie and rap lies Brockhampton, a self-described “boy band” comprised of 15 members. No, they don’t create three-minute pop songs, but rather they produce lo-fi, excitable hip-hop. At the center of the group is Kevin Abstract, a rapper, a creator and most importantly, a leader. By the time this past summer rolled around, Brockhampton released their debut, SATURATION, had their sophomore album in the works, and filmed eight music videos — all shot and directed by Abstract. Both SATURATION and SATURATION II are fully realized works from a collective just learning to walk in the shoes of other innovative groups like Odd Future — and that is a remarkable feat. Similar to Odd Future, the band’s entire following was built virtually from internet buzz through streaming services and social media. Songs like “GOLD” and “GUMMY” have made their way to millions of streams with no major label promotion or late night television appearances.

The thing about year-end reflection, especially with music, is that you do not want to speculate too much as to what the previous year will bring about for the future. The precedent that 2017 set for album releases was amazing, but not necessarily indicative of a trend that will continue. Not every artist works with the amount of zeal as Brockhampton, or the relentless creativity of King Gizzard and the Wizard Lizard. However, it is something that we can all get a little inspiration from in the year to come.