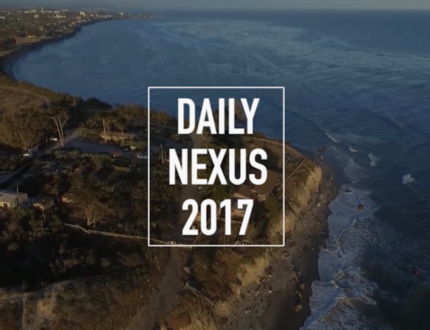 Join the Nexus as we revisit some of the most noteworthy moments of 2017 of UC Santa Barbara and Isla Vista.

The UCSB women’s basketball team seems to be reaching its expected potential as it won its second-straight game.

Somewhere In Between: Mariachi and Trap

Brian Do cautions against the perception that social media posts are an accurate reflection of everyday life.

Things keep rolling for the Gauchos as they strung together another win Saturday night over Sac St.

The Thomas Fire is now the largest recorded wildfire in California history after burning through 273,400 acres of Santa Barbara and Ventura counties in 20 days.

The drought finally ends for the UCSB women’s basketball team after defeating SDSU.

UCSB Gets Back On Track With Victory Over San Diego Christian

Despite its loss to USC, the UCSB men’s basketball team overcame the defeat with a win over San Diego Christian.

Save yourself the added stress with these easy-to-make festive treats.