The Daily Nexus
News
Two Apparent Overdoses in Isla Vista Within 24 Hours, Victims Receive Doses of Naloxone
December 29, 2017 at 9:11 am by Jose Ochoa 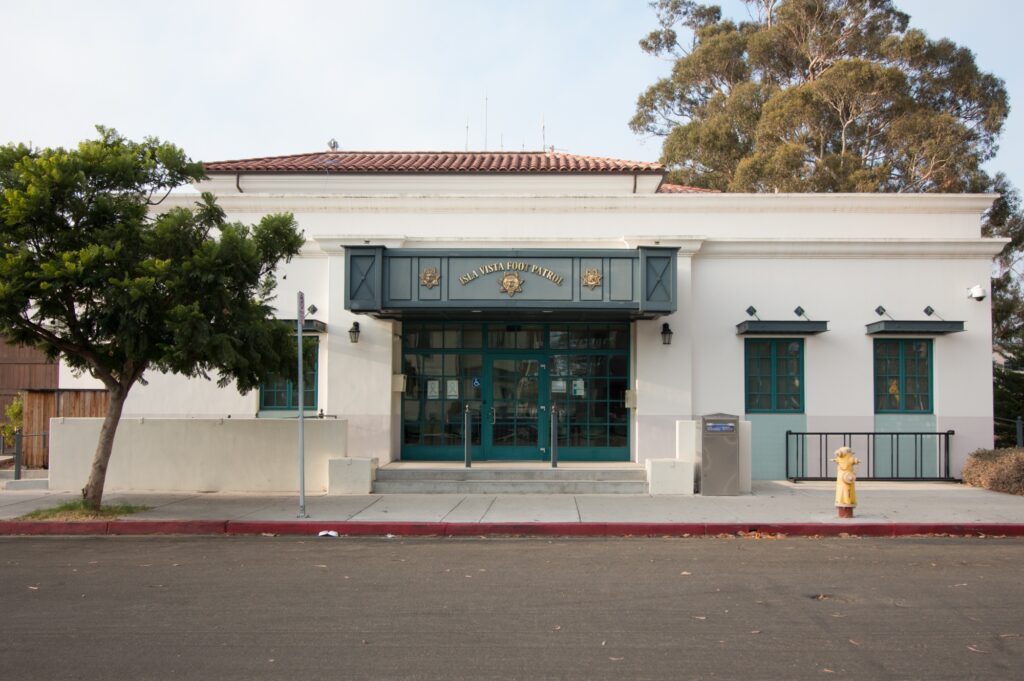 The I.V. Foot Patrol (IVFP) first found a 23-year-old man unconscious with “ineffective breathing” at an apartment complex near the 800 block of Embarcadero Del Mar at approximately 12:50 a.m. on Dec. 25, SBSO said in a press release.

Deputies arrived in minutes and found the victim turning purple and unable to breathe.

Police administered a single dose of Naloxone after assessing the signs as symptoms of an overdose, SBSO said.

Naloxone is an intra-nasal spray that blocks or reverses the effects of opioids, including drowsiness, slowed breathing or loss of consciousness.

The victim then began to breathe more easily and regained consciousness in minutes. Paramedics took over care of the victim and transported him to the hospital for further treatment.

The UC Police Department, IVFP and Santa Barbara County Fire Department later responded to a report of an “unresponsive” 20-year-old male overdosing at an apartment complex on the 6600 block of Abrego Road at approximately 10:56 p.m. on Monday, SBSO said.

The victim was “barely breathing” and starting to turn purple, according to SBSO.

Law enforcement found an individual trying to resuscitate the victim. Police took over and administered a single dose of Naloxone to the victim. The victim then regained consciousness, SBSO said.

Police used an automated external defibrillator to monitor the victim’s heartbeat until the victim began to breathe by himself.

Paramedics then transported the victim to the hospital for further treatment, SBSO said.

All SBSO deputies receive training on the use of Naloxone, according to the press release.

In October, police administered Naloxone to a 19-year-old UC Santa Barbara student who was suffering an apparent overdose in I.V.

You are an absolute idiot. These men suffer from a insidious disease and you use it for your political BS… I hope you don’t get taught a lesson on the matter..but clearly you are trash..

The very important issue is these young men lives were saved. Maybe we should educate people who dont understand that life is important and sperate from politics.

Yet, my benzodiazepine I have been taking for over 35 years were taken from me. No street drug or prescription drug abuse on my part. No rehab, no “literature” (as is planned for drug addicts in 2018) or even a discussion about withdwithdrawal of benzodiazepines. This world is so backwards I am stupyfied.!

I totally agree with you.

Failed to say what OPIATE they O.D’d on.
Heroin and fentynol and od’s on these illegal street drugs are
The cause and statistics that ate causing responsible people taking
Prescribed opiate analgesics for CHRONIC PAIN to be denied their rightful
daily legal medications…

These people that overdose on Heroin & Phentinol go looking in the latest towns overdose to get what they think is the best stuff on the Streets. I have witnessed this with family & friends thst have told me. They are lucky they are getting hit with Narcon time after time. I think they should have a limit on how many times they take the risk with their own lives!

Phentinol? Are you trying to say fentanyl?