The Daily Nexus
Virtual Reality
Sensationalism in Social Media
December 28, 2017 at 1:28 am by Brian Do 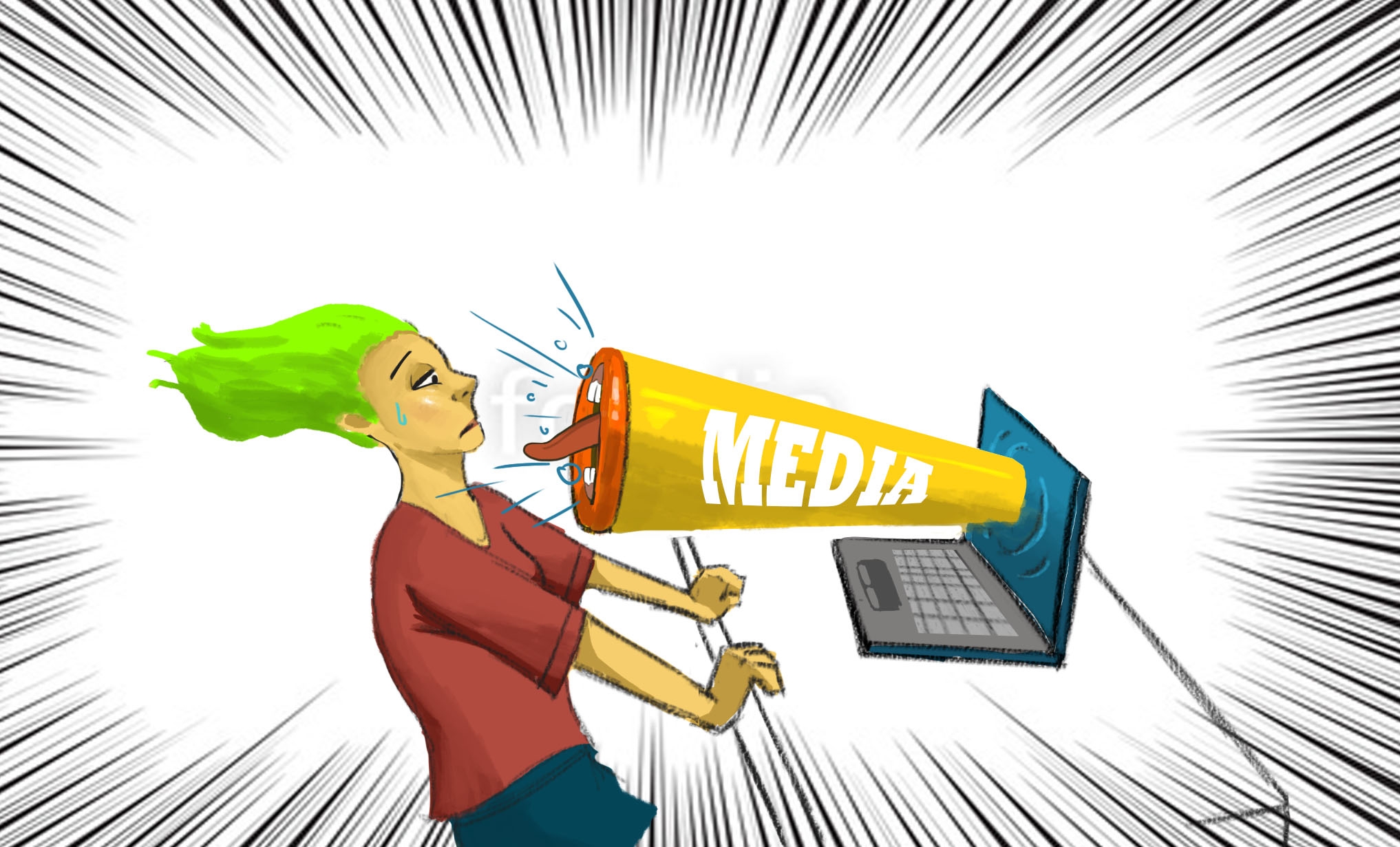 The nature of political discourse is based on what is sensational, rather than what is typical. A shooting involving a brown man shouting, “allahu akbar,” will receive more attention than one involving a white male. At the neurological level, it is sensical to not focus on the typical, of which an infinite number of useless observations can be made; we tend not to focus on chairs having four legs, or leaves being green, for example. This thinking should seem scalable to the broadest scopes, with the same reasoning that to focus on the mundane is trivial, and therefore wasteful. Yet, by focusing on what is sensational, we may forget what is typical. Social media, which rewards fast-paced, impressionistic bandwagons, is a primary source for developing a distorted worldview.

The concept of forgetting the typical is interesting, because at the environmental level, while we may focus on what is uncommon or disastrous, such as earthquakes, we are constantly exposed with what is common, the feeling of solid ground. Thus, we never forget earthquakes are uncommon. Yet, from the perspective of a news-consumer, who is driven mainly to what is sensational, and reads of what happens away from her firsthand observations, there is nothing to balance out the uncommon with the common. This news-consumer consumes point after point about what is uncommon, and without being able to see for herself that it is uncommon, develops a skewed view of what is typical and what is atypical. Reading of shark attacks, she fears the ocean; hearing of ISIS, she fears Islam; and seeing shows of murder investigations, she fears randomly sparked murder.

Surely, Twitter and other social media have a place in politics, a field that is fundamentally social. That place, however, is not in gauging public opinion.

Examples of the rarity of shark attacks or domestic terror attacks, of course, are common examples of holding disproportionate fears; the problem is obvious there. What is less obvious is where it is manifested by our own choosing. The problem is manifested in our social media platforms, which encourage the sharing of sensationalism. A dramatic tweet serving as an excessive counterbalance is retweeted by thousands to make a point of feeling, not of reason. It is a counterbalance to racial inequality, and reads, simply, “fuck white people.” YouTube videos which make absurdist, wishful points, (think Alex Jones) are plucked from the field of what is more reasonable, and appear as top results of searches, as YouTube video suggestions, and as links on other platforms.

There was a brief time, in my youth, when I stumbled onto Alex Jones and took seriously what he was saying. Out of the many baseless claims he made, I believed the government was undertaking a “slow kill” operation by placing minute amounts of poisons in food. It was such a slow operation, in fact, it would take decades for a person to die by eating food. It sounds completely ridiculous now, but such claims are not always so ridiculous to a ten-year-old, or, say, someone completely distrusting of government and looking for anything to reinforce their suspicions. It was much more recent that I had my worldview distorted by Twitter, and had to take time to realize not everyone around me was upset over ethnicity and gender. Actually, few seem to ever bring it up, and rarely, at that. This is not to say there are no upsets over issues of identity, but simply that the proportion of upset people suggested by my timeline was fantasy, at best.

The public consciousness of the problem of misleading social-media-news is at an especially fervent period after the Russian misinformation campaign, resulting in hundreds of millions of shared Russian posts. Facebook accounts purposely aimed at posting the sensational, mixing core views with more biting, controversial ones, gained mass followings on both sides of the political spectrum. Among them were Blacktivists, Being Patriotic, Secured Borders, and LGBT United. What was shocking was their ability to mimic the tones of existing activists, although elevated them to somewhat more extreme levels. Many posts, while sensational, felt so genuine that when the accounts injected more flagrant, divisive views, followers had lost the distinction between their own agreement and acquiescence. A supporter for equality blindly became a preacher of vitriol, in attempt to maintain his alliances. The fact that Russian agents were so able to manipulate our social media to leverage virality is a signal of the shortcomings of our social tools, and the ways in which we use them.

Tweets with zero to thousands of retweets are used as examples of public perception; they share, more or less, the quality of being sensational

The problem of sensation in social media even transcends our own usage, but finds roots in journalism, the institutions on which we rely to provide what is reasonable. It is not uncommon to fall upon an article which takes tweets as a gauge of public opinion. Tweets with zero to thousands of retweets are used as examples of public perception; they share, more or less, the quality of being sensational. Without additional consideration to how widely believed the tweets are, created are articles with false representation. To note, I do not advocate for a general distrust of mainstream media. But the relationship between journalism and Twitter must not be overlooked.

Surely, Twitter and other social media have a place in politics, a field that is fundamentally social. That place, however, is not in gauging public opinion. It is not to feel the nation is in turmoil if timelines become inundated with drama. Nor is it to find developed stances on any particular topic. Opinions over social media posts, whose nature is of sensationalism and brevity, are best taken as a canvas of impressions. An intelligent post that captures the curiosity may form the start of a solid stance on an issue, but will surely call for added study. For the development of an impression in terms of idea-complexity, articles or books may suffice. For gauging how commonly embedded in thinking an impression is, polls are a good bet.

When a tweet or general social media post is supplemented with extended literature and hard data, such as polling, it finds its place within a sophisticated take on politics and ideas in general. Many of my own ideas are influenced by tweets, and such tweets are the reason I stay on Twitter. The idea to write of social media as a poor gauge for public opinion, for example, was sparked by a tweet.

It is impossible, and not clearly helpful, to destroy the part of human psychology that takes pleasure in the sensational, which is such because it is not typical. But if we can identify problems that arise from this psychology, and suppress them, then we may yet regain consciousness of reality. Supplementing social media posts with extended research and data is a start.

Brian Do wants social media users to know that the real world may not be as sensational as their feeds make it out to be.