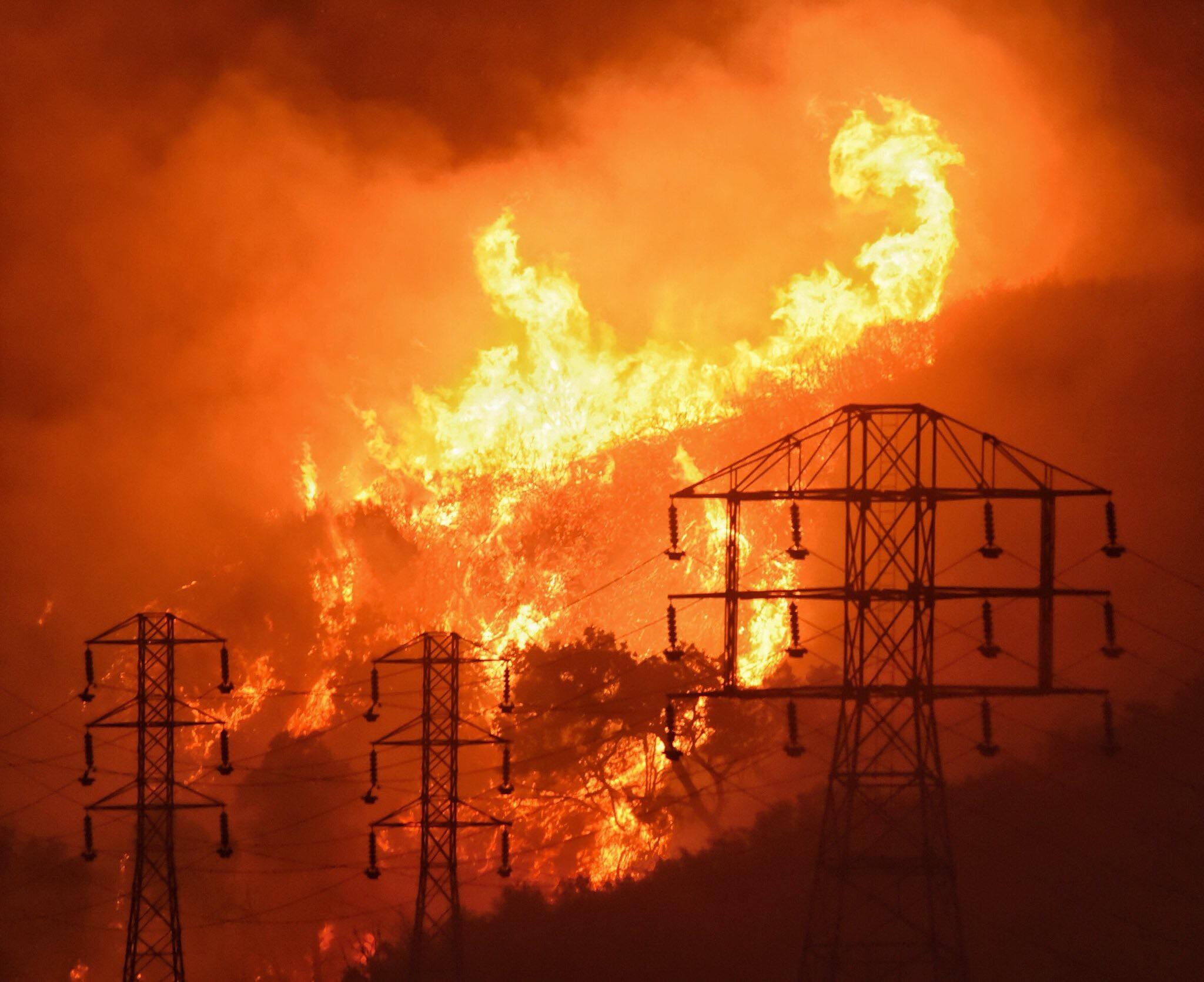 The Thomas Fire has caused the death of one firefighter and one civilian and has destroyed 1,063 structures and damaged another 280. Courtesy of Mike Eliason

The Thomas Fire is now the largest recorded wildfire in California history after burning through 281,620 acres of Santa Barbara and Ventura counties in 20 days.

A total of 1,586 fire personnel continue to fight the fire, with 116 fire engines, 61 fire crews, 26 helicopters, 19 bulldozers and 31 water tenders on the job, according to the California Department of Forestry and Fire Protection (Cal Fire). The fire is currently 86 percent contained.

The Thomas Fire is approximately 16 miles from UC Santa Barbara and Isla Vista.

The fire line from Ventura to Santa Barbara is “contained and secure” and fire officials do not expect the fire to progress further since wind speeds have slowed, according to a Cal Fire press release on Sunday.

The Thomas Fire has caused the death of one firefighter and one civilian and has destroyed 1,063 structures and damaged another 280.

The blaze began on Dec. 4 and its cause is still under investigation, according to Cal Fire’s incident tracker.

UC Santa Barbara students and Isla Vista residents experienced blackouts the night the fire began and responded by flooding the streets of I.V., setting off fireworks and burning couches.

Air quality in Santa Barbara and Goleta improved to “good” after weeks of the “unhealthy” air quality that prompted Chancellor Henry T. Yang to cancel classes and postpone finals.

As many Santa Barbara evacuees begin to return home, county officials are encouraging residents to be aware of hazards caused by the fire, such as downed power lines.

Residents may also see an increase in displaced wildlife and Cal Fire is urging residents to maintain a safe distance and avoid feeding animals.

The Thomas Fire has remained far from Isla Vista and the UCSB’s campus, but students felt its effects as they concluded Fall Quarter.

UCSB opened an evacuation center at its Multi-Activity Center on Dec. 5, which held up to 200 evacuees affected by the Thomas Fire. The university closed the shelter on Friday, Dec. 22.

Isla Vistans also stepped up during this tumultuous time. The I.V. Food Cooperative provided a food donation bin for those affected, raising over $1,000 in donations and offering a 15 percent discount for evacuees.

Firefighters will continue to patrol the fire’s perimeter and use aircraft to drop water on steep areas with limited access. According to Cal Fire, firefighters intend to remain on standby in case new fires erupt as they work to suppress the Thomas Fire.

Just a few points for you kids at my alma mater. Some of us are old enough to remember when the state of Cali preventatively burned the area on the edges of public lands so as to buffer the spread of fires from wildlands onto suburban property. This is not done any more thanks to government regulations (notably air quality, which treats controlled burns as preventable). Hey, its going to burn one way or another is how I see it. Better a little bit at a time and in our control rather than burning down the town (Ventura lost over… Read more »