Following UC Santa Barbara’s housing crisis and the resignation of Munger Hall’s architectural consultant Dennis McFadden, local advocacy groups, the city of Goleta and Santa Barbara County have been citing violations of the Long Range Development Plan regarding university housing and student enrollment. The following article is an explanation of the Long Range Development Plan, the Ocean Road faculty and staff housing project and the Munger Hall student housing project.

Both the Ocean Road project and the Munger Hall project require approval from the University of California Regents and the California Coastal Commission. Both Ocean Road and Munger Hall will need to meet the university’s zero-net carbon emissions goal currently set to be met by 2025, which is also the deadline for construction of both housing projects.

The Long Range Development Plan (LRDP) is a contract between UCSB, Santa Barbara County and the city of Goleta that addresses land use, traffic, recreational facilities, parking structures and most importantly, student enrollment, faculty housing and student housing.

The contract stipulates that the university must cap student enrollment at 25,000 until 2025, build more dormitories for the additional 5,000 students the UC mandated that every campus enroll by 2025 and build 1,800 new units for its faculty and staff. The university’s Academic Plan sets a target for student enrollment at “a rate of about 1 percent a year over the planning horizon to 2024-2025,” as stated in the LRDP.

The implementation of the housing and enrollment portions of the LRDP gained attention this quarter as UCSB students grappled with an unprecedented housing shortage.

Many students were unable to find leases in the neighboring area of Isla Vista, descending upon housing Facebook groups and university housing waitlists to find any open spots. Currently, 280 students are being housed in nearby hotels, and UCSB has garnered widespread criticism for the shortage of university housing as a result.

The city of Goleta has announced its intention to sue UCSB for allegedly violating the LRDP and contributing to the housing crisis, although the university maintains that it has not violated the contract. 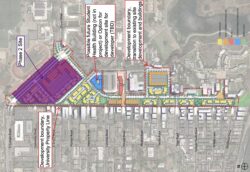 The Ocean Road faculty and staff housing project that planned to create 540 affordable faculty housing units — 180 for-sale townhome units and 360 rental units — was originally proposed in 2005 and slated for construction in 2007 but was halted in 2009 amongst public outcry, the Nexus reported.

The project garnered controversy for its environmental impact, as it necessitated demolishing the current border between UCSB and the neighboring college town of Isla Vista and tearing down a row of eucalyptus trees that line the street.

In 2019, the Ocean Road faculty housing project was reintroduced during the November UC Regents meeting with promises to present further information to the regents in 2020.

These informational updates never took place, since the project stalled in its planning process.

No public information on the project has been presented to the regents since its original November 2019 proposal. However, a Nexus Public Records Act request filed in May requested all documents related to Ocean Road, unveiling information regarding both the financial and environmental aspects of the project.

According to the university’s Ocean Road Review for Proposal, the intention behind Ocean Road is “to design, construct, finance, and manage a new mixed-use residential community, which is planned to include up to 540 units of for-sale and rental housing for university faculty and staff, neighborhood retail, open space, parking, and infrastructure improvements to be constructed in two or more phases.” 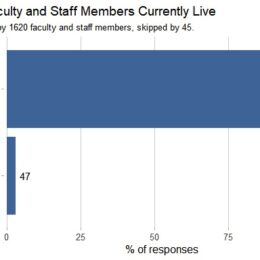 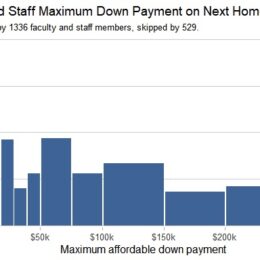 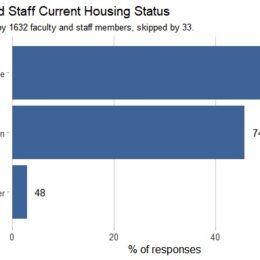 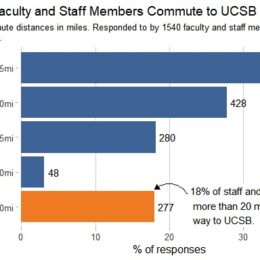 The project site is approximately 16.7 acres of land owned by the university at the western boundary of UCSB’s main campus and the community of Isla Vista. The project itself will be 810,000 gross square feet. According to the Review for Proposal, there will be a potential parking supply of 1,443 spaces — including replacement of existing parking — with a mix of on-street, private garage and structured garage parking.

The construction of this project will necessitate “significant impacts to vehicular, bicycle, and pedestrian access to important facilities and services on the west side of campus,” the Review for Proposal stated.

The project faces a few key approval stages before it can begin development.

According to Estrada, plans are not yet in place to schedule submissions to the regents.

“The project is currently in the due diligence period and undergoing studies related to infrastructure for the roadway and new homes. Once completed, we will plan for CEQA submission for review by the Regents,” Estrada said in a statement to the Nexus.

The project’s current construction plans also require a public hearing because it amends the LRDP.

“The public hearing for the LRDP Amendment is not scheduled yet,” Estrada said.

Estrada said that the project — which will theoretically fulfill UCSB’s LRDP commitment to establishing 540 new housing units for faculty and staff by 2025 — is still slated to be completed by its deadline.

“The Ocean Road project is being planned for construction with the utilities/infrastructure and initial blocks of homes ahead of 2025,” Estrada said.

Munger Hall is a planned 11-story dorm building that is poised to host 4,500 students and open by Fall Quarter 2025. The housing plan gained notoriety following the resignation of McFadden for its lack of windows, ventilation and lack of access to the outside world. 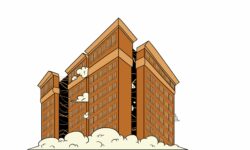 Munger Hall — partially funded by billionaire and Berkshire Hathaway Vice Chairman Charles Munger through a $200 million donation — would be located by Harder Stadium off of Mesa Road. UCSB recently constructed a mock-up of the dormitory pods that would make up Munger Hall and plans to make the mock-up available to the campus community for tours.

Like the Ocean Road faculty and staff housing project, Munger Hall must be completed by 2025 in order to provide the required additional housing stipulated by the LRDP.

Currently, the university is preparing the building’s CEQA environmental impact report for approval from the UC regents and the California Coastal Commission by spring 2022, according to Estrada.

However, many UCSB students, faculty and community members don’t feel that Munger Hall is the appropriate solution to the housing shortage, echoing McFadden’s concerns around the complete lack of access to the outside world from inside the building, the eight-person living units being completely “sealed environments with no exterior windows” and the complete dependence on artificial lighting and mechanical ventilation.

Hundreds of students gathered outside the University Library on Nov. 5 to protest the proposed building.

Though the common conception has been that the university is beholden to Munger’s plans as result of his $200 million donation, during the California State Assembly Education Finance Meeting on Nov. 8, Nathan Brostrom, executive vice president and chief financial officer at the UC Office of the President, clarified that though Munger brought his own ideas for the dormitory, he has no sway over the actual design itself.

“The donor tends to not have much sway. The design is all approved by the regents, it is property of the regents,” Brostrom said. “In this case, the donor had some very specific ideas about housing, and he’s put them into effect at the University of Michigan, so he has weighed in with the campus architects on that. Whether that is the ultimate design, we’ll have to see.”

In McFadden’s resignation letter, he wrote that the approval process for Munger Hall and the design itself was a cause for great concern.

“I was disturbed by both the process and the content of the Munger Hall design presentation,” McFadden wrote in his letter of resignation. “The basic concept of Munger Hall as a place for students to live is unsupportable from my perspective as an architect, a parent and a human being.”

Holly Rusch
Holly Rusch (she/her) is the University News Editor for the 2020-21 school year. She can be reached at news@dailynexus.com or hollyrusch@dailynexus.com.
6 Comments
Inline Feedbacks
View all comments

How many of the 540 units will actually be designated for staff only? I bet it’s shocking low, but no surprise there.

this is band aid planning at it’s worst. let’s put a village in the middle of the thoroughfare from IV to campus. Pathetic. This will end up like the “graduate student housing” on Storke field–it isn’t–and is occupied by undergrads. When are the faculty at UCSB going to exercise some “shared governance” and put a halt to this drivel?

The University plans to cut down all the trees on the EUCALYPTUS CURTAIN between CAMPUS and I.V. and hand over this PUBLIC OPEN SPACE to private developers for their exploitation and profit. The result will be a MASSIVE CITY on Ocean Road, the stated goal of which is to “CHANGE” Isla Vista once and for all. The OCEAN ROAD PROJECT will be an “URBAN STREET”, a gridlock traffic and parking nightmare in the center of the UCSB/ I.V.  community. The EUCALYPTUS CURTAIN has stood for well over a century and is an environmentally sensitive habitat for… Read more »

Eucalypts trees are non native and fire dangers. All the benefits you talk about can be done better safer by native plants and trees

True but they are THERE and a bulwark against this insane housing project. BTW the campus is carpeted with non-native eucalyptus.

So this Ocean Road project looks like it’s going to involve removing a lot of the already-limited parking on campus. No way that can go wrong, with students already being forced to search for street parking in IV while living on campus. And they want this monstrosity Munger is pushing completed by 2025? I guess they don’t remember how long it took the university just to re-do Santa Catalina’s pool, that they expect an eleven-story tenement that hasn’t even been cleared for construction – and hopefully won’t be – to be complete in three years. If UCSB has any intention… Read more »