As universities across the country return to in-person instruction for the first time since March 2020, many are facing housing shortages — and UC Santa Barbara is no exception.

As the university prepares for Fall Quarter 2021, students are grappling with a housing crisis on an unprecedented scale. From an extensive university housing waitlist to Facebook housing groups being overloaded with student requests to nonexistent Isla Vista leases, the uncertainty of future housing situations is an evolving crisis for many students. 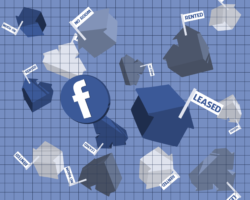 The roots of this housing crisis, according to Student Legal Services Advisor Robin Unander, are a culmination of multiple factors.

More students are choosing lower density housing due to COVID-19 and the steady influx of people who moved into Santa Barbara during the past year to work remotely are both at play, according to Unander. Unander has been aiding students with legal issues regarding housing over the past few months, as most students began searching for housing early this year.

“Right now we have a housing crisis that is one like we’ve never seen, between the students that are returning, people coming to the area because they want to live and work here and then people not living as densely,” Unander said.

Currently, the university has offered “all available spaces” in university housing to students and has a waitlist of over 1,000 students who are still in search of housing. In desperation, students have flocked to Facebook groups designated for student housing searches in the Santa Barbara area — like “Girls Isla Vista Housing 2021-2022” and “UCSB HOUSING” — according to Unander, who is an admin for one such group.

“​​I probably have, on average, right now, three dozen requests a day for students to join [the Facebook group I admin] and I would say it’s been at that level for probably about two weeks. And this is a smaller group, this isn’t the main [housing search] group … students are finding their way into any and every housing group that they can find on Facebook,” Unander said.

The sheer volume of students in each housing Facebook group has made finding a lease or temporary spot difficult, but Unander said even those who seemingly do secure housing through Facebook may be at risk of being scammed.

Many students have come to Unander with stories of being lured by convincing profiles offering housing, sharing their personal information and submitting money for a deposit after deciding to move in — and then immediately being blocked. The scams are drawn out, elaborate and difficult to immediately identify, according to Unander. One scammer even sent a “virtual tour” of the unit to the prospective lessee.

“[These scams] are more sophisticated, more aggressive than the ones I’m used to seeing … Gone are the days where they say ‘give me a holding deposit,’ and then the person just completely disappears … The scammers are smart and trying to figure out how to manipulate the system,” Unander said.

“Students are so desperate that as soon as they find a possible place, [they take it].”

Unander said the university implementing a “safe parking program” could be a possible solution for “the students that want to live in their car because they just want to be here.” The program would permit students to stay in parking garages overnight and grant them access to the Recreation Center facilities to shower.

I.V. Community Services District (IVCSD) President Spencer Brandt said that though “the [housing] issue is not new, I have never seen it be quite this bad.”

Brandt said that for the upcoming fiscal year, the IVCSD has set aside money to study the planning and housing issue in I.V.

Brandt, who spent his second and third year at UCSB living in a garage with four roommates, said he is well acquainted with difficult housing situations in I.V.

“For years, students have been cramming more and more people into smaller and smaller spaces to make ends meet, and at the same time, rent seems to perpetually rise. This impacts people’s quality of life, their mental health, their academic performance and erodes the safety of our community as well,” Brandt said.

The housing shortage is personal for third-year communications major Devon Tumulak as well, who is still actively applying for available leasings in I.V. and is on the UCSB housing waitlist.

“I feel like I’m occupying this strange liminal space, and I think a lot of people who are in similar situations can say that,” Tumulak said.

As a student in the Disabled Students Program, Tumulak described the difficulty of finding places to live in I.V. that are wheelchair accessible.

Tumulak emphasized that the burden of not being able to secure housing due to miscalculations by the university should not be placed on the students.

“People shouldn’t be struggling to pay their tuition and also struggle with basic needs, it doesn’t make any sense.”

Second-year pre-sociology major Alyson Solis has secured housing for the upcoming year but cited a multitude of issues within the housing search process. Solis is a financially independent veteran student, which presents its own challenges to making an income that matches the requirements of renting a unit, she said.

“I’m a fully independent student, and you have to make three times the rent of a place, and it was a lot to try to make $4,500 a month as a college student just to pay rent,” she said.

Additionally, the reality of most leases starting in June, instead of September, has caused Solis to be responsible for two leases, with her old lease not ending until August and her new lease having started in June. This has resulted in her paying $3,050 in rent for the past three months.

However, Solis emphasized that despite these difficulties, she is better off than some students who still have not secured housing for the upcoming school year.

“Even though I’m now in debt, at least I have housing, and that’s more than a lot of students can say now,” she said.

To voice these student concerns, a petition was published on Aug. 12 to UCSB, asking the university to provide adequate and affordable housing for incoming students this fall by possibly negotiating with nearby hotel chains. The petition had 1,770 signatures as of Aug. 24.

The petition suggests that the university look towards hotels as a possible solution for housing incoming students that have nowhere else to go and asks people to sign to “place public pressure on UCSB to take action and negotiate affordable housing with local hotel chains.”

The petition also references an email many members of the campus community received from the university administration that asks staff and faculty to house students if they have an “extra room in their home.” According to the petition, it is the university’s only attempt at a solution to the housing crisis to date.

UCSB spokesperson Andrea Estrada confirmed that the university sent emails to the campus community asking them to house students in light of the shortage.

“As we have done in past years, we communicate with our campus community to explore options for students seeking housing accommodations,” Estrada said in a statement to the Nexus.

Estrada added that the university is planning on maximizing campus housing and is “exploring several options to assist students who are having a difficult time finding housing.”  These options have not yet been shared.

According to Brandt, ultimately, the bulk of the shortage lies upon a “failure of leadership to provide an adequate supply of housing.”

“To be in a position where you have to choose whether you have in-person classes at the college you’re enrolled in, or you have to live in another part of California, or take all your classes online, is not a decision that any student should have to make,” Brandt said.

Meanwhile the County of Santa Barbara just leased an empty, former sorority building on El Colegio to house transients . The Housing Authority of Santa Barbara maintains Pescadero Lofts another transient pad where the “residents” pay no rent–ever–and never leave (go figure). Isla Vista is supposed to be for students not a dumping ground for transients.

Why not dig a little deeper . . . the sudden shortage of housing is due to UCSB’s relentless greed. They admitted too many students who are now colliding with the COVID deferrals. Make them give you some numbers. Oh, wait, they own you.

One reason rents are up is to pay over $1 million a year in utility taxes for the Isla Vista Community Services District.

IV tonight (8/27) is quite noisy with electrified music… the SBCC students have moved in…the simple fact is that when UCSB builds new housing, SBCC expands to take the places vacated by UCSB students. UCSB put a lot of new housing at Santa Catalina (formerly FT) and across Storke… and SBCC simply expanded and took up all the freed up slots in IV.

So when pondering this shortage, can’t neglect SBCC’s behavior.

right you are. SBCC is supposed to be a COMMUNITY college not a mecca for out of towners. I will never vote for an SBCC bond measure again.

Let’s maybe focus less on what the administration and oh-so-gracious school is doing to help us begging students, but rather be truthful and assert that this is the university’s own fault for its poor management of the situation. And to add to that, it would probably be best to mention how they’ve taken no accountability for their own mistakes and have placed all the blame on this supposedly “unexpected” surge of residents to Isla Vista.