The Nexus has compiled profiles of our current Associated Students elected officials to reflect on their past year in office. As they look back on their campaign platforms, we asked our elected officials to tell us about their successes and shortfalls throughout their terms in office. The term in reviews for the other executives — EVPLA, EVPSA and S.A.G. —  can be viewed at dailynexus.com. Internal Vice President Bee Schaefer was not available for a term in review interview.

Amidst emergency responses and transitions between remote and in-person learning, 2021-22 Associated Students President Yuval Cohen believes she was able to fulfill the duties of her position and successfully serve the student body throughout her term. 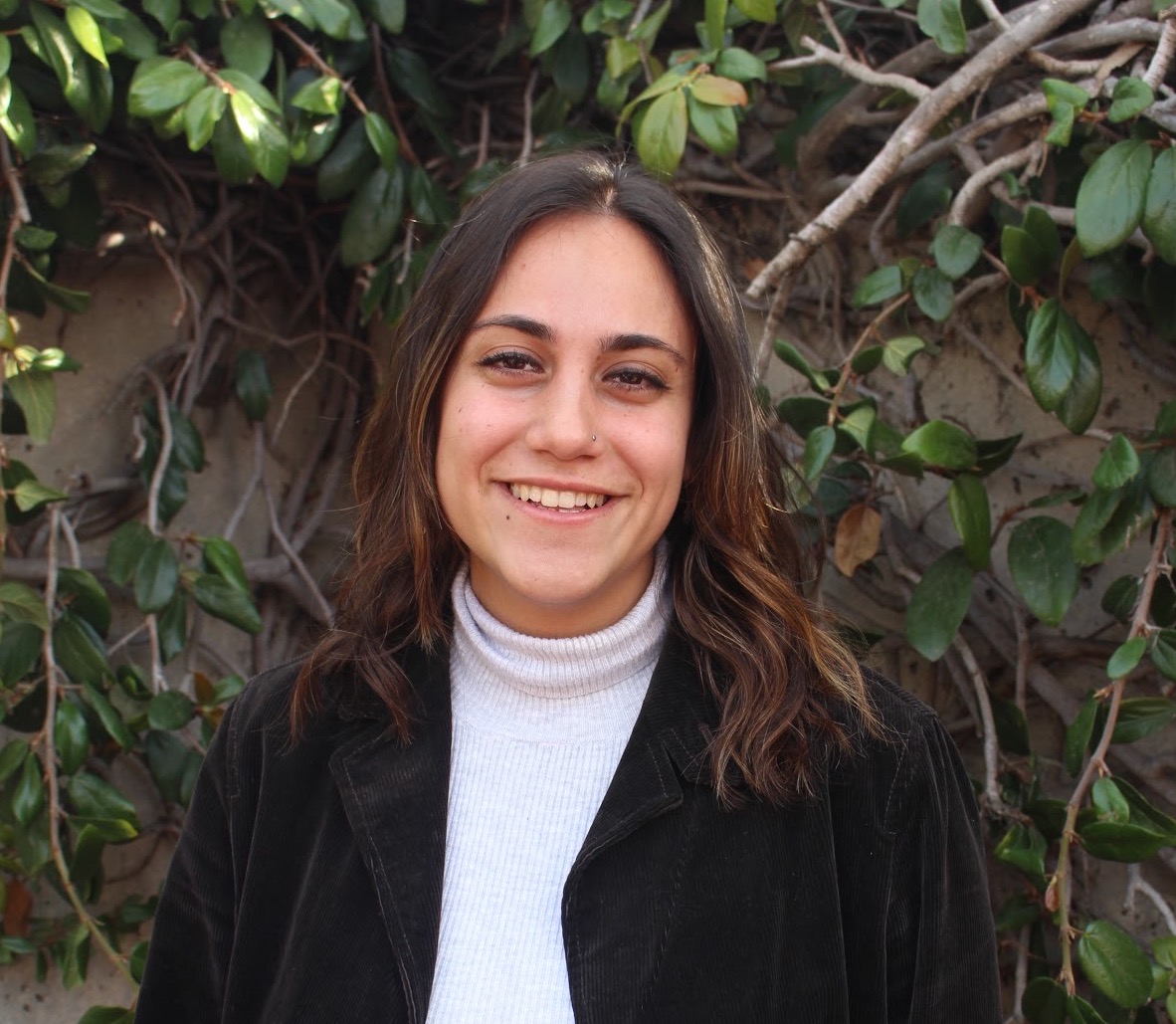 By Cohen’s own account, the biggest project regarding mental health support that her office accomplished was a mental health town hall hosted in February. Courtesy of Yuval Cohen

Her goals pertaining to basic needs included mental health support and advocacy efforts; working with the Associated Students (A.S.) Food Bank; and supporting undocumented students, according to Cohen. Cohen’s academic support goals included greater outreach to students, establishing the 24-hour on-campus cafe and working on the strategic vision plan that A.S. presidents have passed down throughout the years.

“I definitely expanded on [my points] a lot more than I thought I would, which was pretty nice,” Cohen said. “I gave myself [the points of] basic needs and academic support because that’s really what I wanted to mainly focus on.”

By Cohen’s own account, the biggest project regarding mental health support that her office accomplished was a mental health town hall hosted in February over Zoom by the A.S. Office of the President (ASOP).

During the town hall, A.S. members discussed UCSB’s mental health resources and identified areas for improvements based on student feedback.

“We saw that a lot of students want to continue the one-on-one conversations because the second half of the town hall involved everyone breaking into groups and getting to go to whoever they wanted to talk to,” Cohen said. “I definitely think there could be more programs surrounding that aspect of things and more direct outreach to the students.”

Cohen credited the work done from her office to support undocumented students to Director of Dream Scholar Affairs and second-year political science major Joshua Ng, who took the lead on helping to organize and fund Immigrant Resilience Week — a series of events hosted by Undocumented Student Services (USS) that ASOP sponsors.

“I think he did a great job this year of bridging the gap with USS … and it was nice to see how things have grown with that and working with the director of USS,” Cohen said.

Aside from sponsoring events, Cohen’s office drafted a proposal — still in its early stages — to help undocumented students get housing vouchers through the office’s financial crisis response team.

“I’ve seen a lot of undocumented students struggle with paying rent, so this was one of the small things we can do to help,” Cohen said.

Cohen also restarted the Pearman Fellowship, which A.S. had paused at the onset of the COVID-19 pandemic. The fellowship allows first and second-year students interested in getting involved with A.S. to shadow executives and gather institutional knowledge.

“The fellowship is a great opportunity because it teaches you about every single part of A.S., and you get to pick which office you want to be a fellow in and help out with projects or create your own projects,” Cohen said. “It’s helpful in my office because we have a position solely dedicated to working with the fellows.”

Cohen also accomplished the implementation of a basic needs vending machine in the A.S. office — a project that was started two presidential terms ago but stalled due to the pandemic.

“I’ve seen a lot of positive feedback with this machine,” Cohen said. “It’s a really great resource, and we’ve had so many other campuses reach out to us about wanting to bring it to their own campus.”

Despite these accomplishments, Cohen admitted there were difficulties fulfilling some of her platform points. This included her plan for a 24-hour cafe, a project aimed at providing a safe space for students studying late, with Cohen speaking to the difficulties of establishing this space.

“Just with COVID-19 and everything, I had to go in a different direction because everything was completely cut hours-wise, and I really tried for a few months to get this going,” she said.

Cohen attributed her difficulties in completely fulfilling her term goals to the unprecedented circumstance of transitioning between remote and in-person learning, as well as the number of community emergencies that arose throughout the year.

“There were certain times where I’d want to be full gears on a different project, and something would come up,” she said. “A lot of this job was just random things coming up out of nowhere, having to put out the fire.”

Cohen touched on the controversy around Munger Hall and her communication with the administration to advocate for student voices against the building, even organizing a town hall in collaboration with the Isla Vista Tenants Union to speak about the housing crisis overall and the design of Munger Hall.

“Student input was finally being valued at that point and at least listened to, so that was good,” she said.

The campus community contended with a variety of emergency situations during Cohen’s term, with a weeklong string of sexual assault cases occurring in Isla Vista, a UCSB student hiding a camera in the bathroom of an Isla Vista residence and a shooting on Del Playa Drive. In response to community outcry, Cohen formed the Safe Transportation Task Force to give students fiscal reimbursements after utilizing rideshare options to get home safely.

“It seemed the best option to just give people the choice of what they wanted to use, like Uber, Lyft, even taxis, and apply for reimbursement,” she continued. “I always wish I could do more, but it was a little thing that helps students, especially in the nighttime, not to be walking alone.”

Cohen is currently organizing a workshop for A.S. members to address the history of harassment and bullying within the association and renew a positive culture amongst its members.

“It’s going to be an extensive workshop to have people talk about their experiences and what they want to see done differently,” she said.

Cohen said she prioritized the goals outlined in the strategic plan, designating a position in her cabinet to keep in communication with other Boards, Commissions and Units to oversee the completion of such projects, such as creating a Coalition of Marginalized People and addressing student and community safety and accountability concerns.

Beyond direct actions pursued by ASOP, Cohen reflected on her involvement in the passage of the Nonpartisan Act — a recently passed piece of legislation that will ban senatorial and Internal Vice President candidates from running with political parties beginning next year — and their ultimate decision not to veto the bill.

“I was very hesitant about it, and I was like, ‘Do I veto this?’” she said. “I had to have conversations with the authors again and the elections board, and I was honestly considering vetoing it.”

Moving forward, Cohen said A.S. will have to make an active effort to prevent low voter turnout, a potential consequence of abolishing the party system.

Cohen expressed her hope that incoming A.S. President Gurleen Pabla is prepared for the trials and tribulations that come with the position.

“Gurleen has seen a lot of my work since she’s my head of staff, but there’s a lot of work that she doesn’t see,” Cohen said. “There’s always something that’s going to come up, and you have to be ready to drop everything.”

With her term coming to a close, Cohen thanked the student body for electing her as A.S. President this year.

“This is definitely the best experience I’ll ever have and ever have had,” Cohen said. “I would not trade it for the world, and I think it’s really shaped who I am and taught me a lot of skills that I couldn’t have learned anywhere else. I’m very, very grateful.”