In the upcoming weeks, UC Santa Barbara students will campaign and run for a variety of Associated Students senatorial and executive elected positions for the 2022–23 school year. 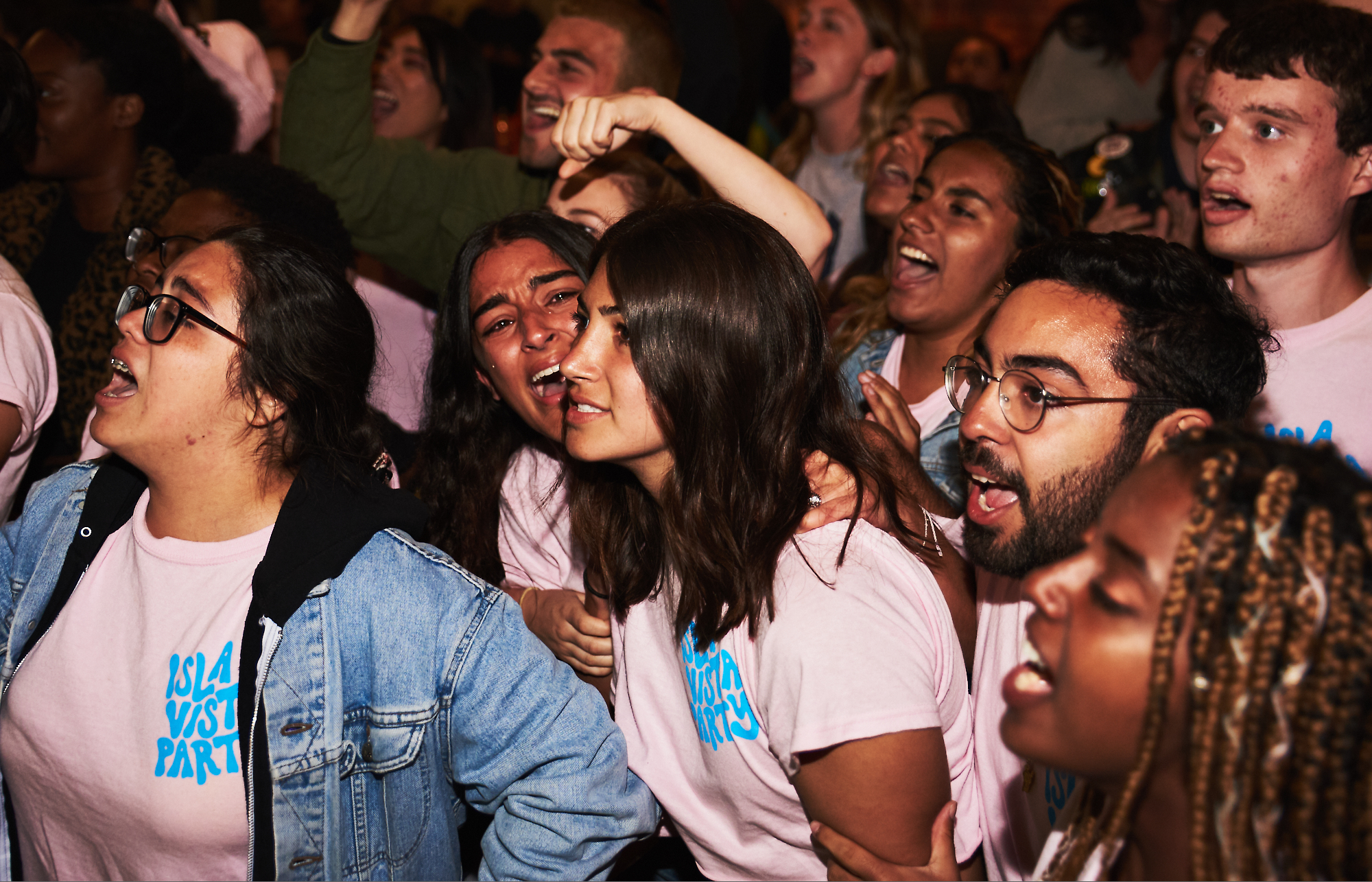 Both Associated Students (A.S.) parties registered in the election — the Isla Vista Party and Storke Party — are participating this year but, unlike previous years, they are making an effort to move away from the traditional two-party system that previously demarcated A.S. elections, according to party leadership.

Additionally, A.S. Elections Board (ASEB) Chair and fourth-year communication and linguistics double major Shannon Hollingsworth said that some campaigning will be done in-person, instead of online like in previous pandemic years. Soft campaigning — where candidates can advocate for themselves on social media — will begin this Sunday.

On Tuesday, April 12, candidates will have the opportunity to “hard campaign” in public, according to Hollingsworth.

“That’s when physical campaigning starts, and [candidates] can be in the Arbor introducing themselves to people, asking people to come out and vote for them,” she said.

Candidates will also be allowed to have one large board announcing their candidacy on campus. Unlike previous years, candidates were assigned a location to place their board to avoid the rush of candidates who would compete for the most favorable board location, according to Hollingsworth.

In the fourth week of Spring Quarter 2022 — from April 18 to 21 — students will vote for candidates, with results announced at 8 p.m. on April 21. Although ASEB is “still talking” about how election night will be held, Hollingsworth said that a link form for voting or a hybrid option might be the most effective.

Of the movement to eventually dissolve the party system and expect candidates to run independently, Hollingsworth said she doesn’t have a personal opinion, but hoped the Senate would accomplish the goal “step by step.”

In the meantime, parties will continue to exist for this election.

ASEB runs these yearly elections by setting campaign rules, ensuring candidates follow policy and managing items on the ballot, according to Ruth Garcia Guevara, the advisor for the board.

According to Guevara, parties change from year to year because people and trends come and go.

“It’s new people, so new ideas, new ways of phrasing things,” Guevara said. “It also has to do with, sometimes, the hot topics of the year.”

The Isla Vista Party (IVP) is running on a platform of “radical inclusion,” party chair, according to fourth-year political science and history of public policy and law double major Ethan Moos.

In keeping with the aim of eventual party dissolution, some candidates that would usually campaign with IVP will instead campaign as independents, also according to Moos.

“We are putting our vision of a Senate without parties into praxis,” they said.

For the candidates that will still campaign with the party, Moos elaborated on the term “radical.”

“I feel like there are certain contingents within A.S. who like to pretend that we live in a beach paradise, and that everything is great and amazing. And that is just simply not the case for most students,” they said. “I feel like trying to disengage from that narrative … may not appear radical in terms of global politics, but in [the] UCSB context, it is something that’s kind of radical.”

According to Moos, the IVP began as a coalition of cultural organizations. It seeks to platform candidates from historically marginalized backgrounds in a “majority white institution,” they said.

“When it was first conceived, IVP was designed to be a coalition of students who feel that they are not represented in the traditional framework of student government,” Moos said. “We really wanted to create a space that was not just open to them — it was catered around them and led by them and for them.”

“I feel like this interest in fielding candidates who come from this community-building background is very much in line with our roots,” they continued.

Storke Party, meanwhile, bills itself as the anti-party.

“Storke Party was created … to cut out the bullshit of party politics,” Storke Party co-chair and fourth-year mathematics major Nathan Le said. “There’s always a lot of campus politics happening around and it makes it a really divisive playing field when people go into Senate.”

According to Storke Party co-chair, off-campus senator and third-year political science and philosophy double major Abigail Merkel, the party has no unifying ideology beyond an aversion to disunity.

“We’re not a party that has all the same opinions. We encourage people to have different opinions,” she said. “Because then when you get into the Senate floor, it’s a lot less divisive, because you see them as a friend, as a human, as a co-worker first,” she said.

Merkel said that Storke Party recruited students regardless of previous party affiliation and that, ideally, students would not affiliate with any party at all.

“You’re supposed to disaffiliate, when you get into Senate, from party politics,” she said. “Does that always happen? No. But we are hopeful that Storke can help people disaffiliate.”

Merkel, a current off-campus senator, helped author a bipartisan bill that would force all senators to run independently in the next election season. The legislation passed at the end of February, she said.

Merkel said the bill is part of an effort to eventually ban parties from A.S. altogether because they can divide students and create partisanship when no “huge foundational difference” exists between UCSB parties.

Merkel and Le acknowledged the paradox of encouraging candidates to disaffiliate from parties by running with a party — specifically, with Storke Party. Parties still have their uses; Merkel said that they increase voter turnout, while Le said that they provide a support network for candidates to navigate labyrinthine election policies and deadlines.

“I think we are in a transition period of what parties will look like in the future,” Merkel said. “Neither of us are really big supporters of parties. But we’re dealing with what we have right now, what the state of affairs are right now. And we’re trying to do it as ethically as possible.”

Hollingsworth said that University of California campuses that banned parties later regretted the decision, including UC Irvine and UC Riverside. She drew her conclusions based on research by previous ASEB chair Wessal Esber and A.S. President Yuval Cohen.

“[Banning parties] affects voter turnout so heavily and it affects participation, among the student body, so heavily,” Hollingsworth said. “Parties, as a larger group, they’re just able to reach more people … than, say, one person campaigning. And in that way, the elections just get bigger.”

Guevara added that of all of the UCs, UCSB has one of the highest voter turnout rates per election — approximately 30% of the student body.

Merkel said she was aware that banning parties could potentially discourage voter participation, and added that she and the party were being careful by taking a phased approach to phasing out the party system. While senators would not be able to run with a party next season, candidates in the executive branch would still have the option of campaigning with a party.

“I think I would be concerned if we were to pull out parties altogether next year. I don’t think that would be a good idea right now,” she said. “We’re working to change the system. But we have to do it slowly to make lasting change.”

Moos said that the dissolution of parties would encourage grassroots politics.

“I think that there are going to be more community-based alternatives that will arise out of a need for political communication for constituent-building, to find your allies, who you want to run with, coordinate with,” they said. “The idea of dissolving the parties, at least from the IVP perspective, is this part of handing it back to the community.”

A version of this article appeared on the p.  of the April 7 print edition of the Daily Nexus.