The Daily Nexus
News
Here’s What You Need To Know About I.V. CSD Elections This November
August 27, 2020 at 12:41 pm by Sofía Mejías-Pascoe and Arturo Martinez Rivera

The Isla Vista Community Services District will have three seats up for grabs on its board of directors this November, marking the first time that voters will get to elect new officials to the board since its creation in 2016.

The openings for the 2020 ballot include two seats with a four-year term and one seat with a two-year term. Incumbent Director Ethan Bertrand is running for reelection unopposed alongside Marcos Aguilar, a former UC Santa Barbara student and long-term Isla Vista resident, also unopposed, for the two four-year seats.

Two current UCSB students, Catherine Flaherty and Daniel Mitchell, are competing for the two-year seat. Both are entering their junior year at the university and currently hold positions in the Associated Students (A.S.) Senate.

The Isla Vista Community Services District (I.V. CSD) is a seven-member board which includes the UCSB appointee George Thurlow and the Santa Barbara County appointee Robert Geis. Five of the seven seats are elected by the public, and one of those elected members is the board president. The current board president is Spencer Brandt; he, along with Director Jay Freeman, hold seats that are not up for election this year.

Father Jon-Stephens Hedges, an assistant pastor and longtime advocate for the houseless population in I.V., is leaving his seat after serving on the board for four years since its inception. Kristie Nguyen, a fourth-year sociology major at UCSB who was appointed in 2019 following a previously vacant seat, is also leaving the board. Nguyen is the first woman of color to serve on the board.

Voters established the I.V. CSD in 2016 as the unincorporated district’s first form of  self-governance. The establishment came after years of community activism calling for a local source of leadership and a voice for the community. Measure R, which passed in 2018, gave the district its first form of funding through a user utility tax.

For the 2020-21 fiscal year, the I.V. CSD has estimated a budget of approximately $1.26 million; about 40% of that will be directed toward community programs. The board has the power to establish localized programs that focus on the specific needs of I.V. and in the past has worked on lighting projects, the I.V. Community Center, the Beautification program and graffiti abatement.

In previous years, the board has faced criticism from the community for a lack of representation of the marginalized groups in I.V. Five of the seven board members are white men, and only two members are people of color; the only woman on the board, Nguyen, is leaving her seat this fall.

Here’s what you need to know about each of the candidates running for positions this fall: 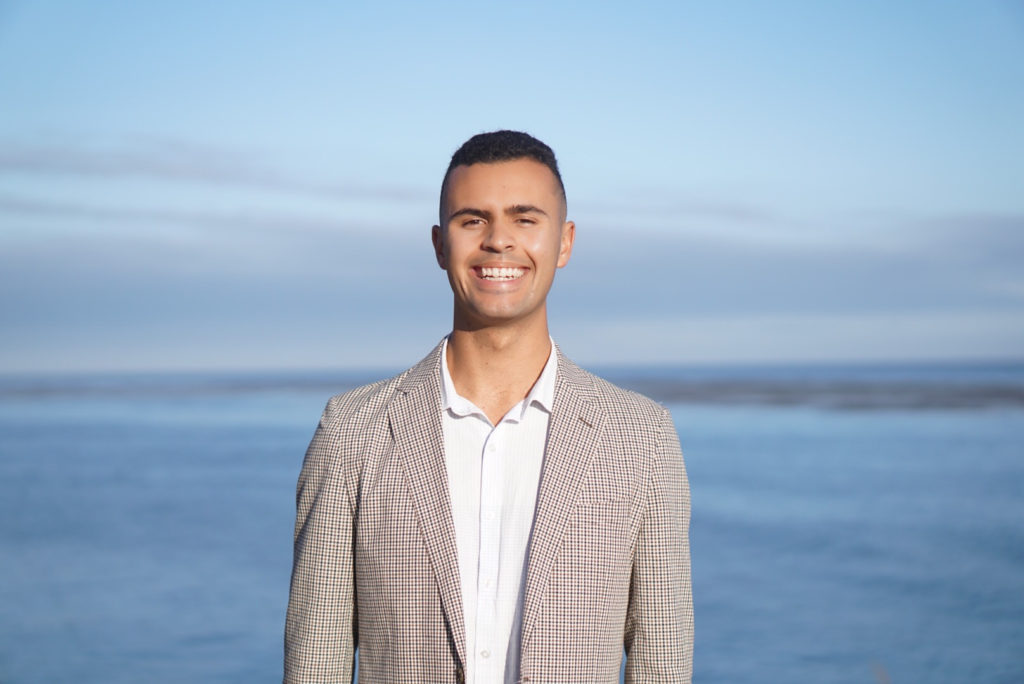 Bertrand is a current director and former president of the I.V. CSD board and a political science major at UCSB. He served as the board’s first president, leading the I.V. CSD through its historic first two years in existence. He recently led projects within the I.V. CSD such as the anti-racism and police reform working group with Brandt and Freeman.

Bertrand’s priority for the next four years is improving public safety and crisis response through the board’s anti-racism working group. Bertrand is a supporter of the Black Lives Matter movement and frequently brings racial equity issues to the board, including initiating the board’s recent discussion on the California Legislative Black Caucus Police Reform Package.

During his time on the board, Bertrand has helped lead efforts to create the I.V. Community Center, fund an interpersonal violence investigator position with the UC Police Department and expand the Community Service Officer (CSO) program.

Bertrand previously served on the Isla Vista Recreation and Park District and participated in the Associated Student Government at Santa Barbara City College. Bertrand is running unopposed and will not appear on the November ballot. 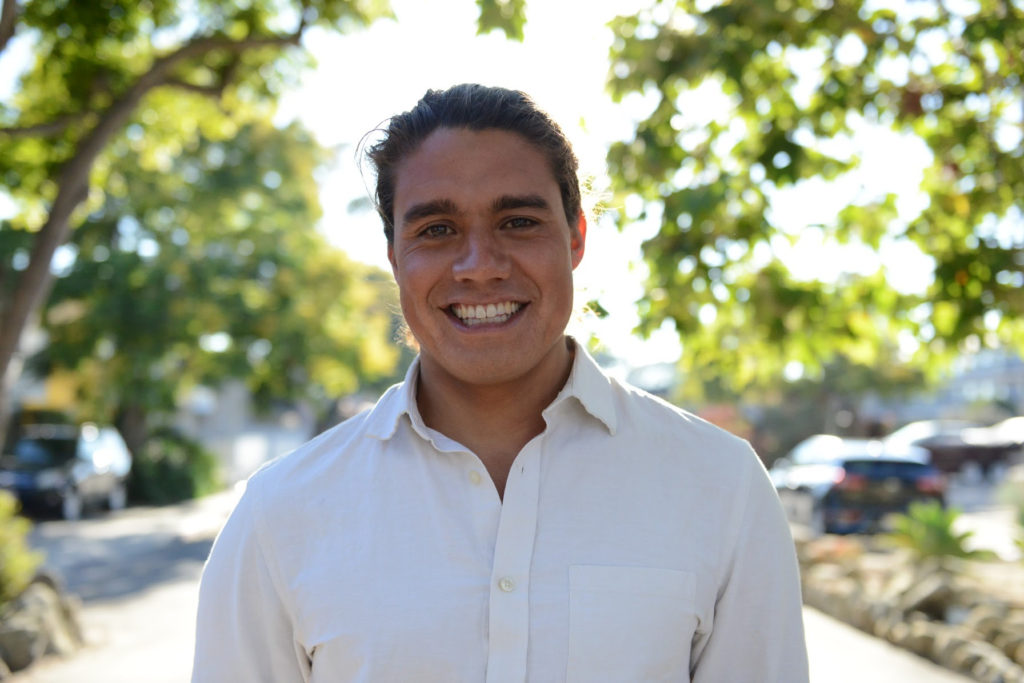 Aguilar graduated from UCSB in 2014 as a double major in English and philosophy. He worked in the UCSB Library as an undergraduate and currently serves as its diversity and engagement assistant. He’s lived in I.V. since 2010 and is running with the endorsements of the Democratic Party of Santa Barbara County, Brandt and Bertrand.

Aguilar’s priority is navigating I.V. through the challenges brought on by the coronavirus pandemic. He also wants to focus on improving public safety in I.V. through fostering police-community relations and increasing housing sustainability and affordability.

“Plenty of people are paying tons of money to live here and they’re working multiple jobs and they’re paying for tuition. How do we make these hurdles smaller for students?” Aguilar said. “How do we bridge that gap to make this a more affordable community?”

Another priority for Aguilar is to direct attention and resources toward the needs of underserved communities in I.V., including houseless and family populations. He hopes to tackle this through collaboration with landlords and property management groups.

Aguilar plans to join the board’s anti-racism task force, which focuses on developing alternative methods to traditional policing. Through his work with the UCSB Library and its Committee on Equity, Diversity and Inclusion, he has taken part in conversations about the role of police in the library and how students are affected by that relationship.

He has limited experience with the I.V. CSD and has never attended a board meeting. Despite this, Aguilar said he would like to be a part of the district’s growth during its “very young period.”

Aguilar is running unopposed and will not appear on the November ballot. 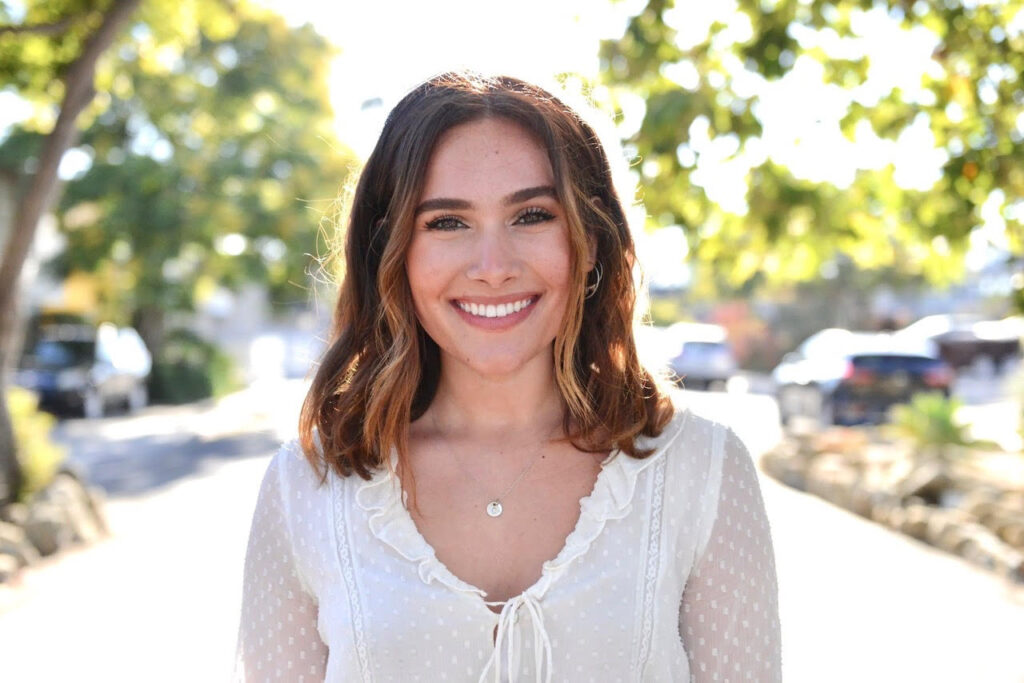 Flaherty is a rising third-year at UCSB double majoring in history of public policy and political science. She’s also currently serving on the 2020-21 A.S. Senate as an off-campus senator, which she does not believe will be a conflict of interest if she is elected; consequently, Flaherty does not plan to resign from Senate if elected to the I.V. CSD. She is also a member of the sorority Alpha Chi Omega.

Her platform includes creating an I.V. planning commission to improve lighting and parking in the community while streamlining composting efforts. She supports the movement to defund the police and wants to move I.V. toward community education efforts and increase the CSO program. Flaherty also wants to ramp up awareness surrounding the coronavirus pandemic and continue community face mask handouts.

Flaherty has never attended an I.V. CSD meeting. She is a self-described “third generation Gaucho” and believes her “deeply personal ties” to I.V. give her an edge over her opponent, Mitchell.

“I really do give everything 100%. I thought a lot about running and I ran because I know I will do a good job and I know that I will work with and collaborate with other people to really make real change and tangible change for the everyday student in their everyday life,” Flaherty said. 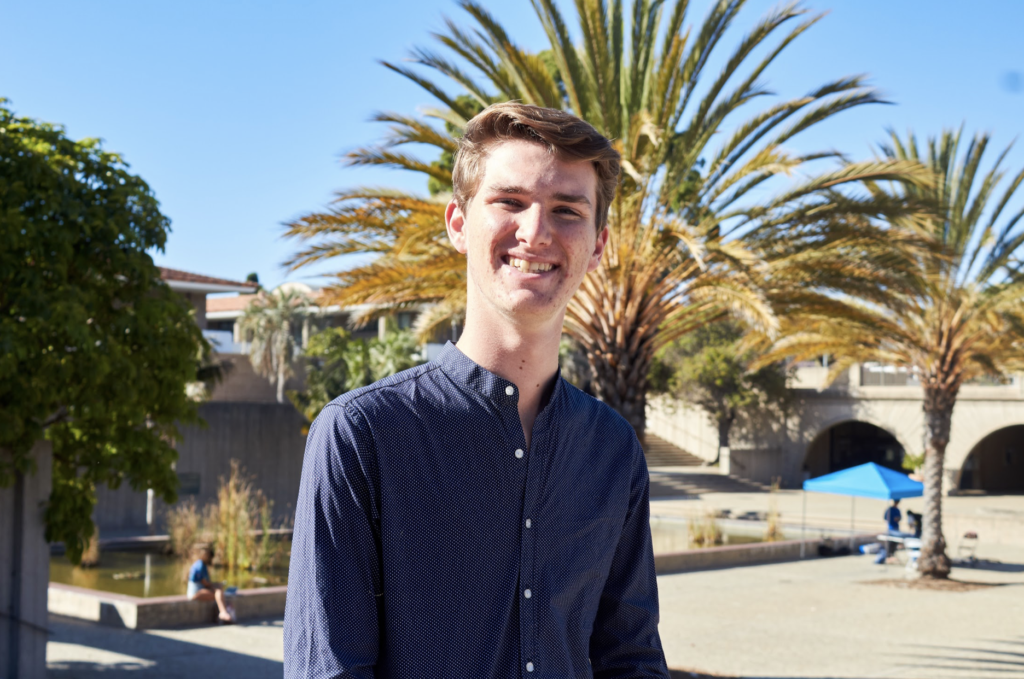 Mitchell is a third-year UCSB student majoring in music composition and is planning to double major in political science. He is also a current A.S. College of Creative Studies senator but plans to resign from that position if elected this fall.

Mitchell’s biggest priority is helping I.V. recover from the coronavirus pandemic. He plans to do this by increasing the operating hours of the I.V. CSD’s current mask handout program.

Other priorities on his platform include basic needs distribution, which he would address by implementing hygiene giveaway tents and food drives in I.V. Mitchell said he also wants to build affordable housing in I.V. to assist the houseless population.

“I think I’d be the best to serve in this seat because I’m very ambitious. Obviously everything that I have, all my plans, they might not all get accomplished, but the fact that I would push for them and be really hard working and aggressive when it comes to tackling all the problems we have in I.V…  I think that certain drive is what really [distinguishes] me as a candidate,” Mitchell said.

Voters will pick the next I.V. CSD directors in November’s ballot. For more information on registering to vote in I.V., click here.

A version of this article appeared on p. 10 of the August 27 print edition of the Daily Nexus.

[Updated: 8/27/20, 1:09 p.m.] Flaherty later clarified in an email to the Nexus that she had attended one CSD meeting, on Tuesday August 25, to introduce herself to the board.

lol this is crazy. no good people running. Just all talk. The conflict of interest here is INSANE. Bet Catherine or Dylan is going to try to run for AS President for CU. No wonder IV hasn’t had any improvements