The Daily Nexus
News
CSD Elects New Board Director to Fill Vacant Seat
February 27, 2019 at 11:06 am by Sofía Mejías-Pascoe

The Isla Vista Community Services District appointed Kristie Nguyen, a UC Santa Barbara second-year sociology major, to fill the previously vacant seat on the board of directors through a unanimously supported motion during its meeting on Tuesday. 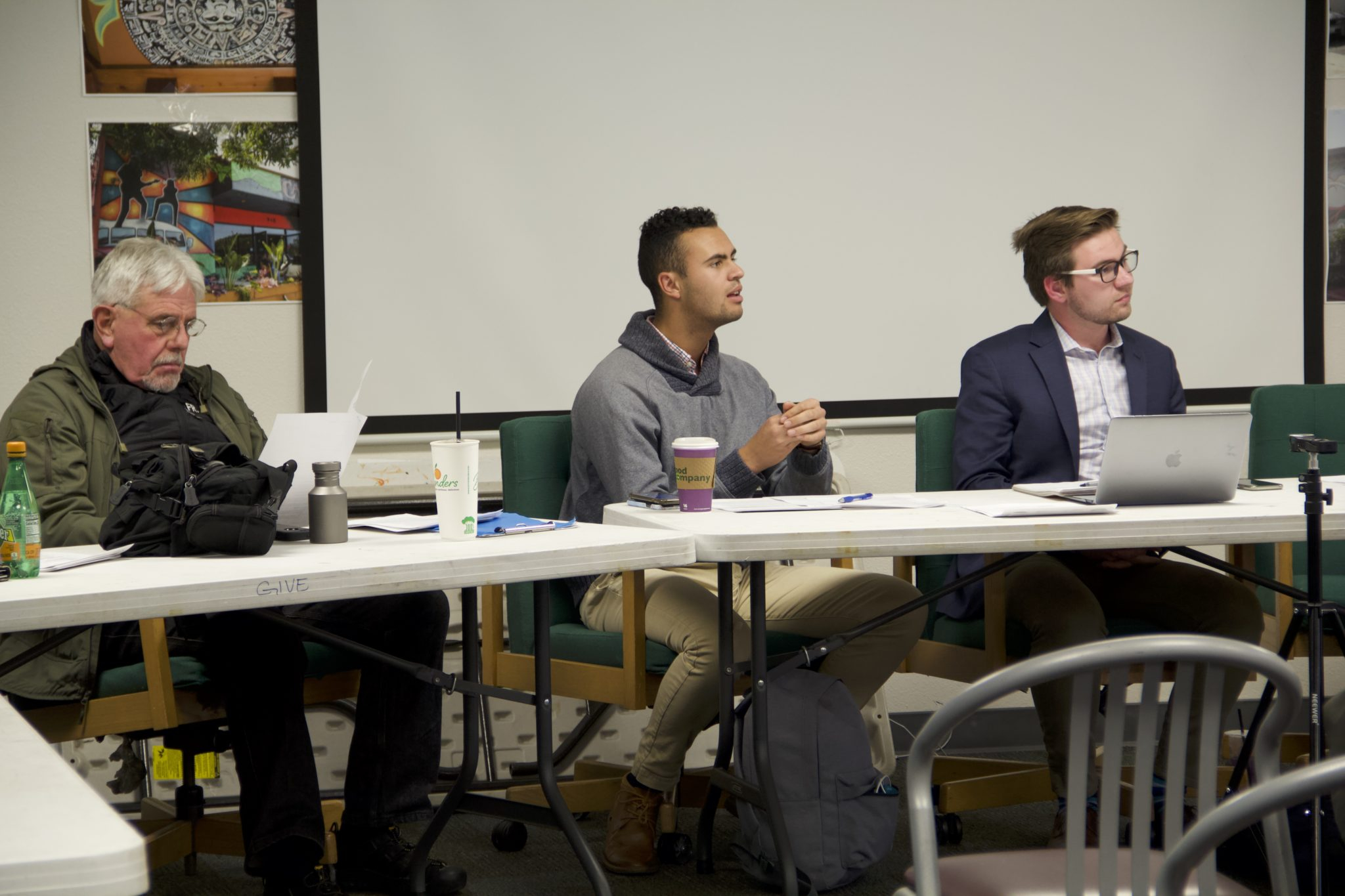 Nguyen is the first woman of color to serve on the I.V. Community Services District (I.V. CSD).

After an hour and a half of candidate interviews, public comment and board discussion, the board of directors selected Nguyen to the position due to her experience with university and community organizations and her diverse perspective.

“Being able to have a board that looks like the community and especially women and women of color is really something that strikes me as [having] paramount importance,” I.V. CSD President Spencer Brandt said at the meeting Tuesday evening.

Nguyen was chosen over Jeremy Levine, a UCSB fourth-year economics and statistical double major, the only other applicant out of the initial four who applied. Two of the initial applicants, Jeremy Roark and Lindsay Sherman, dropped out of the running by the start of the CSD’s meeting on Tuesday.

Nguyen received strong support from board president Spencer Brandt and board directors Ethan Bertrand and Robert Geis. All three cited Nguyen’s racial and gender diversity, compared to the previously all-male board, as factors in their decision, along with her experience campaigning for Measure R and her publicity experience in Alpha Delta Pi and Campus Democrats.

“I believe that Kristie brings different involvement in the community that we don’t really have at the table right now, especially with her involvement with leadership in the Greek community and sorority community,” Bertrand said.

Although voting in support of the motion to appoint Nguyen, directors Jay Freeman and Jon Hedges pointed to Levine as their initial pick for the position.

Levine’s widespread work and “valuable” familiarity with other I.V. groups, including I.V. Recreation and Park District and the Environmental Affairs Board, made him better suited for the position, Freeman said.

Freeman came to the meeting on Tuesday intending to support Sherman for the position, but after Sherman dropped, Freeman turned his support to Levine.

“I really wanted to come here and be excited to put a woman on our board,” Freeman said. “I’m backing with Jeremy right now.”

Hedges cited Levine’s record of “reaching across the aisle [and] having a sense of who’s across the aisle” in regard to different political and social groups in I.V. as his reason for supporting Levine.

During her term, Nguyen said she wants to focus on issues I.V. residents are currently facing, including women’s rights, sexual assault, public safety, lighting deficiencies and lack of parking.

Nguyen said her variety of perspectives and involvement in the community and campus is an advantage that will be applicable to her service on the board.

“Students definitely want to see a familiar face and to know that there is someone just like them that can run for a leadership role,” Nguyen said.

Nguyen hopes the experience she gains during her term will help her work on policymaking in the future.

“I feel so honored, really, to be on a board of so many people that are so experienced with local government and policymaking, and that’s what I want to do in the future. I’m just so excited,” Nguyen said.

FWIW, I think this is an extremely tough call, and in the end I am essentially certain that we went in the right direction. I was caught off-guard in this meeting, as I was so sure this would turn into an argument to make a decision between Lindsay (not Jeremy) and Kristie, and was having a hard time weighing all of the new decisions in real time, but here’s another (maybe almost “too neutral”) way to put this: let’s say there was a County board or commission designed to represent everyone in the County of Santa Barbara (which includes Isla… Read more »

Can somebody please explain the purpose of the CSD?

Purpose of the CSD?
Well…
definitely not fix the parking mess
or control rents
or have any control over the campus iron fist.
Um…
do they have snacks at the public meetings.

Give Jonathan Abboud and like two of his buddies a job is the purpose. Back in my day, UCSB used to be a great party school. Now these moral busybodies have killed it in the name of “safety.” (And I say that as someone who wasn’t a huge partier.) And since almost no one wants to live in IV after graduating, and most of the CSD board terms are four years, we’re going to keep seeing a cycle of resignations and appointments.

>All three cited Nguyen’s racial and gender diversity, compared to the previously all-male board, as factors in their decision

Hiring someone based on their race and sex is illegal. Funny thing is these dimwitted liberals are the ones who made it illegal in the first place.

So now three of the seven people on this board are un-elected. I look at the increased taxes on my utilities and ask is this legal? Having un-elected people fool around with tax dollars is disturbing to say the least–especially when you consider a mere fraction of the electorate put this bogus entity into existence. For starters the County’s appointed director should not be Vice President. Geis lives in Santa Barbara and has absolutely no understanding of what it means to live in IV. Nor does he pay the utility tax. How is it that this entity hired Jonathan Abboud–an… Read more »