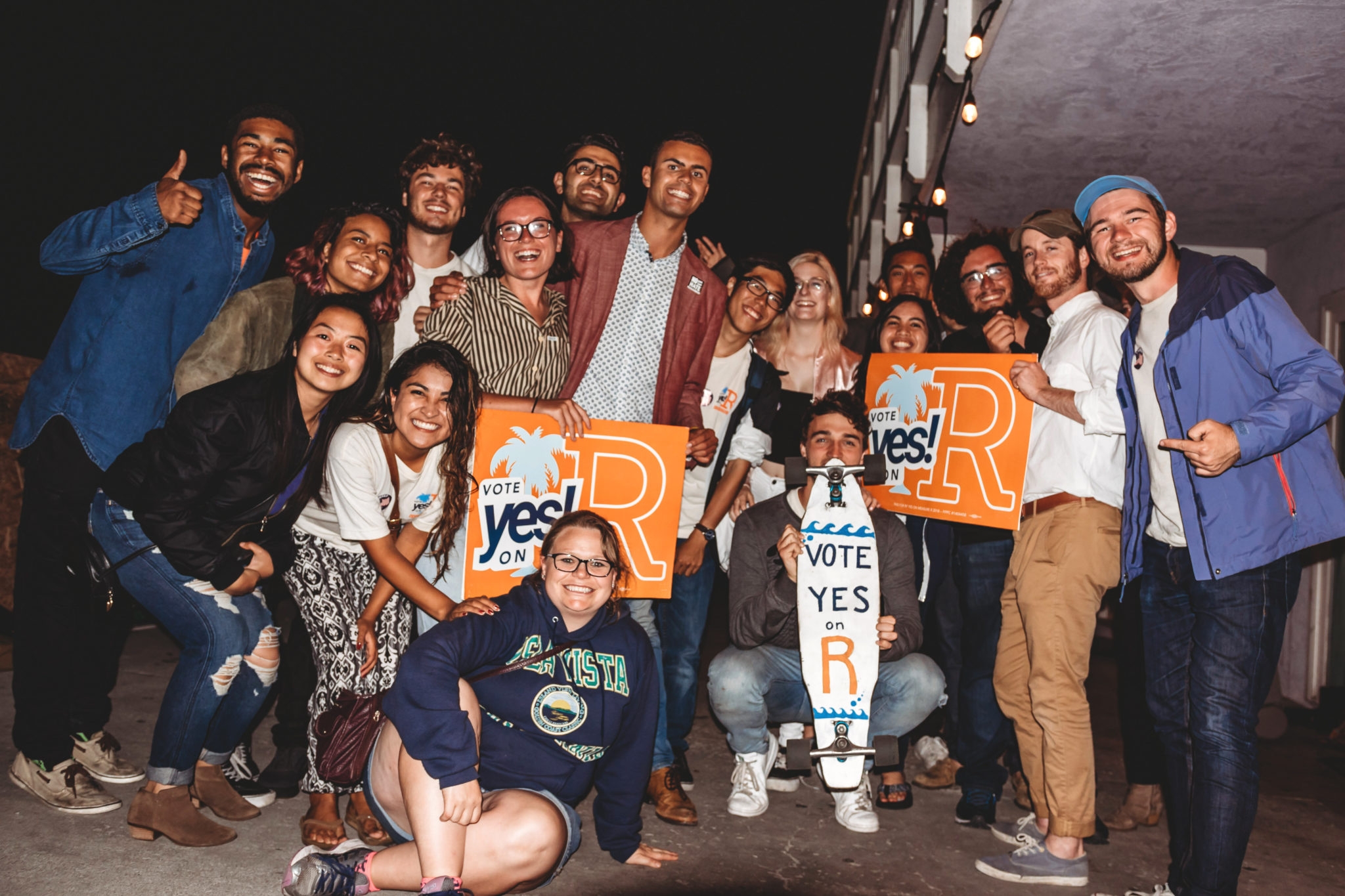 The measure will impose an eight percent user utility tax on electricity, garbage disposal, gas, sewage and water services. It will produce a net total of approximately $740,000 per year, according to Spencer Brandt, I.V. Community Service District (CSD) board secretary.

This was the CSD’s second attempt to secure consistent funding following the failure of Measure F in 2016, which left the CSD without a primary source of funding.

“Throughout this whole process, we’ve organized a group of passionate community volunteers to speak with residents about the issues that matter to them,” Bertrand said. “We knocked on every door in Isla Vista at least three times, some doors we hit up to six times.”

Most I.V. residents will pay the tax, but Brandt said the CSD is currently in the process of finalizing a low-income exemption.

“If there are households in Isla Vista that cannot afford to pay the tax, even though it is going to be very small, I think that it is very important that we do not put that extra burden on them,” Brandt said.

Across the 10 precincts, 638 I.V. residents voted yes on the measure while 133 residents voted no, according to Santa Barbara County semi-official election night results: 82.75 percent vs. 17.25 percent.

Approximately 23,000 people live in I.V. as of the most recently conducted census in 2010, according to the U.S. Census Bureau.

Initial results from the Vote By Mail and Mailed Ballot Results reported 56.34 percent yes votes and 43.66 percent no votes on the measure.

“We were sort of cautiously optimistic, but when that first polling station came in, and we were up, that was just insane,” Brandt said. “I don’t think any of us believed it…I was crying, I think a lot of us were.”

“I walked up to Rincon, and Spencer ran out and said, ‘We did it!’” Murray said. “I was overjoyed…when we found out we won by a lot, that was amazing.” 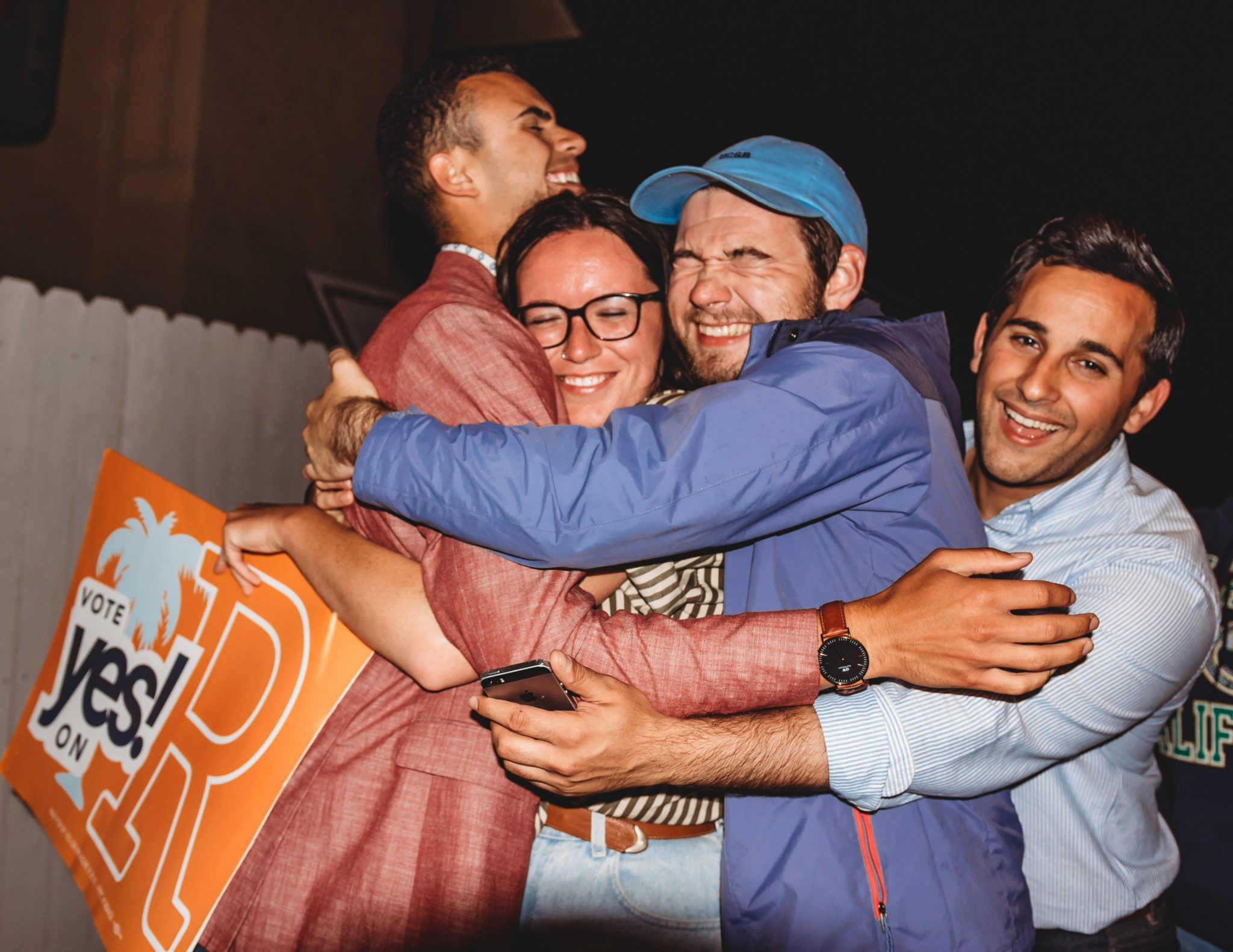 This is the CSD’s second attempt to secure funding. Angie Banks / Daily Nexus

Throughout the course of the campaign, the pro-Measure R group raised $35,630.25 and spent $7,107.67 as of May 19, according to campaign filings with the Santa Barbara County. May 19 is the latest filing on record.

The group, originally filed as the “Isla Vistans Against Higher Taxes,” was first created in 2016 to oppose Measure F-2016.

“The voters of Isla Vista have rejected the fear tactics of corporate landlords that are in it only for themselves, only for their pocketbook… we’ve sent them a message that that isn’t going to fly anymore, that the people of Isla Vista expect better,” Brandt said.

He said one of the first major projects that CSD plans to pursue is bringing a sexual assault survivor resource center to I.V. through a partnership with both the Santa Barbara Rape Crisis Center and the UCSB organization Students Against Sexual Assault (SASA).

The tentative location for the center would be inside the I.V. Community Resource Building, Brandt said.

“I’m just elated and so excited for the good work that we can do for the people of Isla Vista, from opening the community center to improving public safety to continuing to work on tenant-landlord issues,” Bertrand said.

Evelyn Spence
Evelyn Spence harbors a great love for em dashes and runs on nothing but iced coffee, Jolly Ranchers and breaking news. She serves as the managing editor and can be reached at evelyn@dailynexus.com, managing@dailynexus.com or at @evelynrosesc on Twitter.
4 Comments
Inline Feedbacks
View all comments

there are 10,400 registered voters. Less than 700 people people decide over 10K will pay a tax? That’s some “victory”. Far from a quorum especially when 6K plus voted in the general election and said “no” to funding for a CSD. This is why there should not be a special district. We have a transitory electorate who do not care about a “town” they will never live in long term. UCSB’s AS government is the “winner” but based on the numbers this is really an indictment–with the Nexus and AS machine behind Measure R less than 700 people voted “yes”… Read more »

Hooray – more taxes from something I will receive no benefit from. Hurrah – I love taxes. I like to jump up and down and cry tears of joy when I have to pay additional taxes. Yay!

IVers got duped again. They are so easy to manipulate.