After nearly 50 years of numerous setbacks, Isla Vista is no longer the only town in Santa Barbara County without a community center. 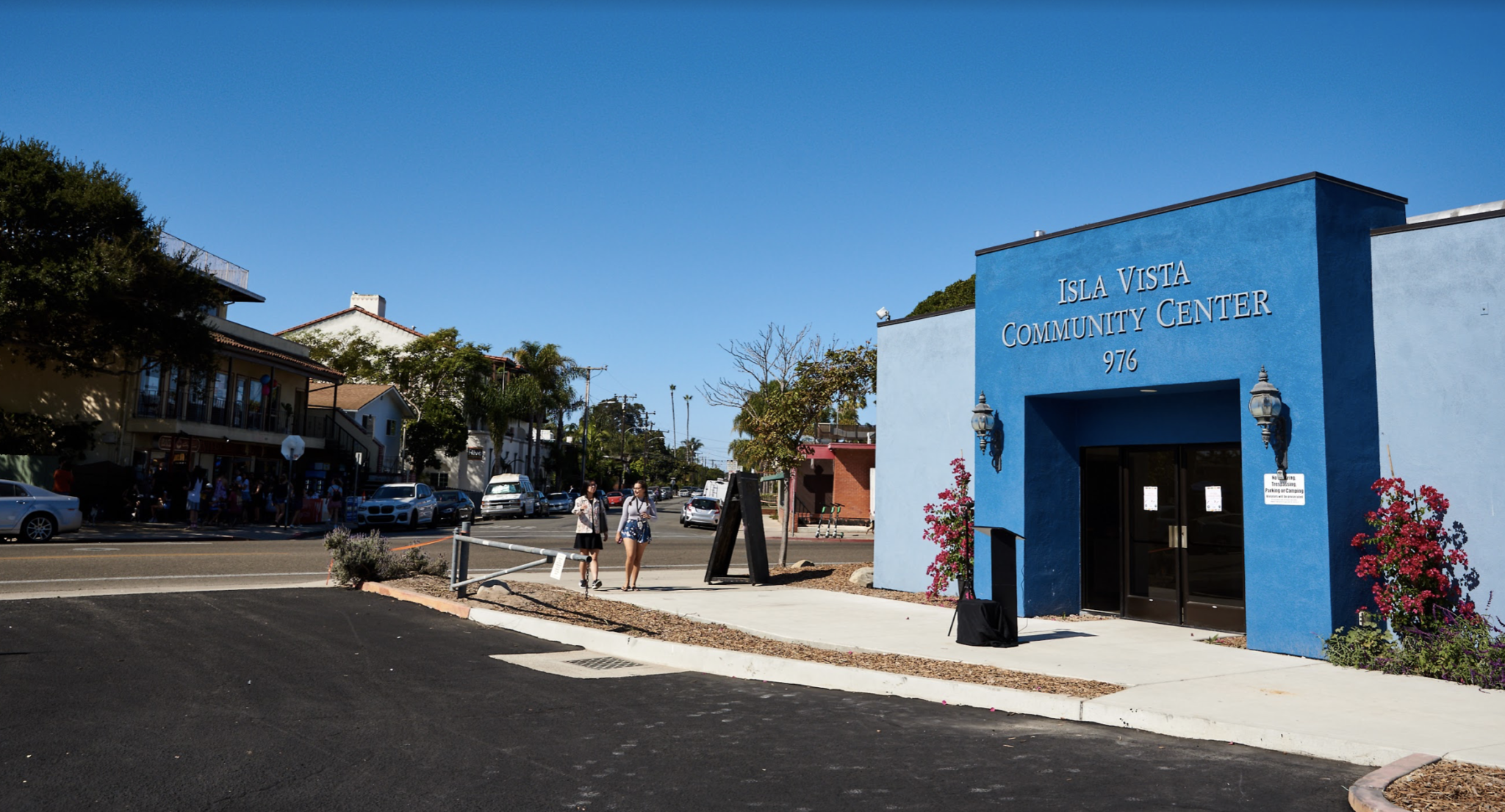 The IVCC opened on Saturday with a ribbon cutting and a reception. Siavash Ghadiri / Daily Nexus

On Saturday, Isla Vista Community Services District (I.V. CSD) board members, county officials and I.V. residents gathered at 976 Embarcadero Del Mar to celebrate the new Isla Vista Community Center’s soft opening. The hard opening date has yet to be released, but I.V. CSD board members are hoping to hold an  official opening sometime between January and March to coincide with the 50th anniversary of the February 1970 I.V. bank burning.

“We’re here celebrating how far we’ve come because it wasn’t that long ago, this building was about to fall over,” said I.V. CSD Board President Spencer Brandt.

While no current activities or initiatives are slated for the community center, Brandt said he was interested in using the space to run a variety of programs. Potential ways in which residents may be able to use the space include English classes, homework help for school children, computer literacy classes, yoga classes and a litany of other similar programs, according to Brandt.

The I.V. CSD paid the Isla Vista Youth Projects (IVYP) $177,000, using funds obtained by a tax on all I.V. residents’ utilities, to manage the community center for one year, according to Lori Goodman, executive director of IVYP. Goodman added that approximately $150,000 of the money will be used to pay its two full-time staff members, while the rest is for potential programs.

The County of Santa Barbara paid for the majority of renovations to the building, spending $1,320,000 to replace the heating, ventilation and air conditioning systems, build two bathrooms and install a kitchen. About $400,000 of that money came from the county’s general fund, according to Third District Supervisor Joan Hartmann; the rest came from the federal government through Community Development Block Grants, which Hartmann said made the project possible.

Based on community feedback, the I.V. CSD is planning additional renovations to the building, including covering the cement ground of the center with hardwood floor. The district is also looking into grants which could further fund renovations, according to Brandt.

“This space has always been a hub for the community of Isla Vista back when I came here in the 60s,” said I.V. CSD Board Member Father Jon-Stephen Hedges, who used to run his church out of the building.  “One of the reasons our community kind of flailed, is because we didn’t have a community center.”

The soft opening inspired Carmen Lodise, who lived in Isla Vista for 30 years and was one of the original activists fighting for a community center, to come from his home in Mexico to witness what he had been wanting to see for decades. Lodise is also the author of “Isla Vista: A Citizen’s History.”

“It’s wonderful. It brought tears to my eyes,” Lodise said.

Efforts to open the center began in the 1970s, when the building that now houses the Isla Vista Clinic was sold, prompting activists to seek a new space where everyone in the community could congregate, according to Lodise’s book. The calls for a community center would go unfulfilled until the county bought the community center building, formerly a church and bank, in 2012.

Despite a litany of historical hiccups and delays, the community center — long awaited by many — marks a milestone in the eyes of a town that is eager to put such a facility to use.

“It’s been a gleam in people’s eyes for decades, but it really took a lot at the last minute to get this done,” Hartmann said during a speech.

What an incredible waste of time, money, and resources – absolutely sickening.

What’s absolutely sickening is the attitude that finally having a community center in Isla Vista is a waste of time, money, and resources.

A community center that I am paying taxes for via my utility bills, which I will never use. English classes? I already speak English. Homework help for school children? I don’t have any kids. Computer literacy classes? I already know how to use a computer. Yoga classes? I don’t do yoga. Get my drift here?

Those are just ideas thrown out by folks thinking out loud. Why don’t you get involved and suggest the things that you would like, instead of sitting around and complaining. And how much, pray tell, are you paying for this community center? I don’t believe a dime of your utility bill taxes have gone to pay for this community center. All the money for refurbishing and improvements has come from the County of Santa Barbara.