UC Santa Barbara’s Munger Hall dormitory has been a point of contention since its announcement, initiating discussion in the local community on topics from the housing crisis to student mental health. In this article, the Daily Nexus Data Team takes a closer look into the data surrounding the online discourse of Munger Hall.

A version of the dormitory — which began in private conversations between Berkshire Hathaway Vice Chairman Charles Munger and Chancellor Henry T. Yang — was first announced in a 2016 UC Regents meeting. The project would later be redesigned and reintroduced in 2021 under the name Munger Hall.

The dorm seeks to fulfill UCSB’s remaining obligations under the Long Range Development Plan (LRDP), an agreement with the City of Goleta stating that the university would provide housing for an additional 5,000 students by 2025. Key events in the project’s timeline that would likely initiate online discussion include a lawsuit brought against UCSB by the City of Goleta last November for failing to meet the requirements of the LRDP and the resignation of a consulting architect for Munger Hall last October. The Nexus recently published a feature on the history of housing planning in recent UCSB history with more details about the Munger Hall project.

To see how the online community was engaging with this topic, the Daily Nexus Data Team  analyzed the public response to the events relating to Munger Hall by scraping tweets and Reddit posts from 2009 to 2022. We used the Python library SNScrape to collect data pertinent to the media platform (e.g. dates, content, likes and subreddits), and another Python library, NLTK, for sentiment analysis. We collected around 2,000 tweets and 535 Reddit posts based on the term “Munger Hall”, which includes references beyond UCSB.

There was a large spike in tweets in late October after Dennis McFadden, a consulting architect for the dormitory, resigned from the project, making the project national news and fermenting an intense backlash against the design. 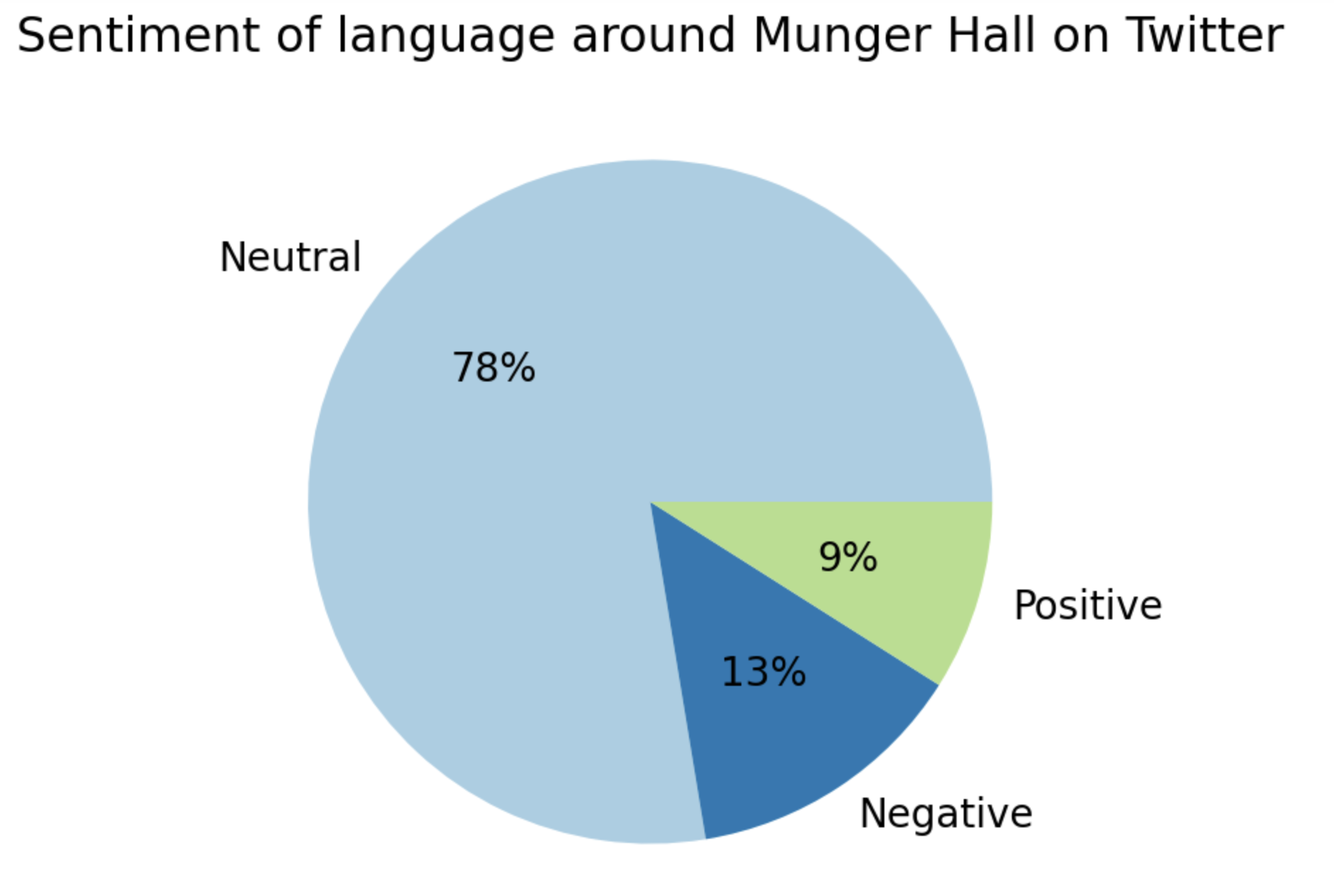 We used sentiment analysis to evaluate how negative, neutral, or positive people posting on Twitter feel about Munger Hall. Sentiment analysis evaluates each word in our collected Twitter data and assigns it a category of negative, neutral or positive. The pie chart displays that most posts are neutral. Between negative and positive language, 13% of the Twitter posts are negative leaning while 9% are positive leaning. 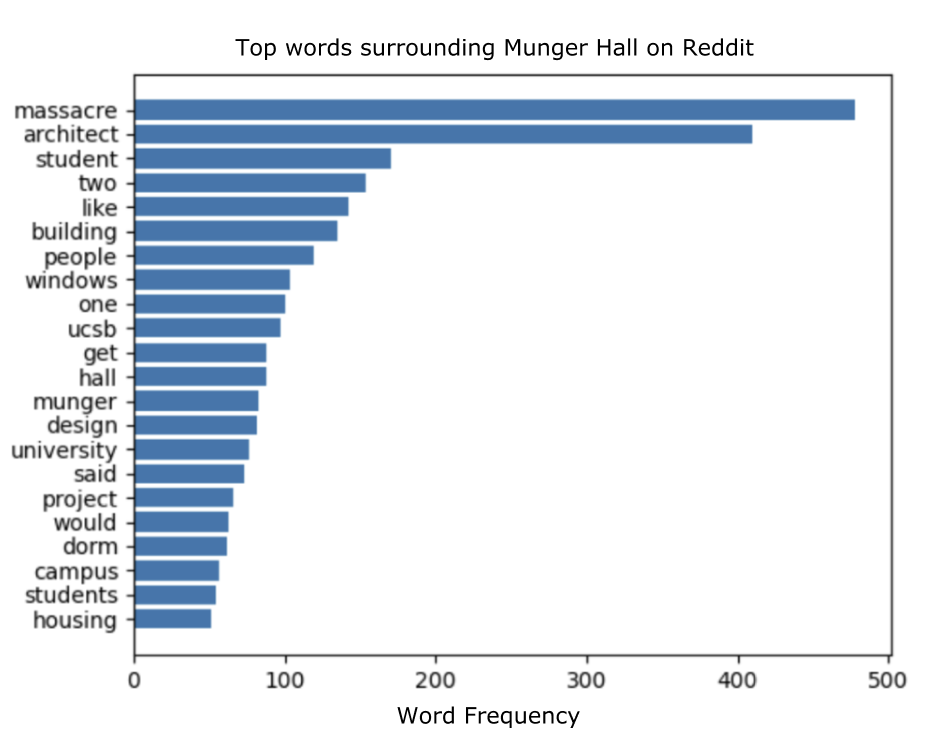 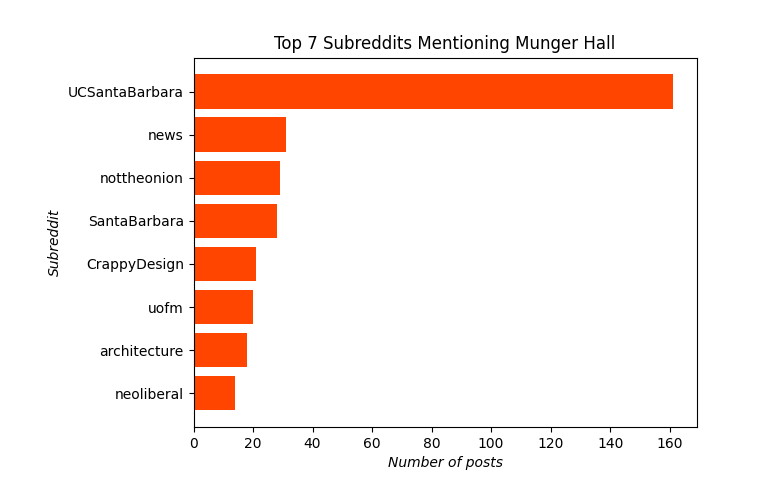 Subreddits are niche forums within Reddit for people with shared interests to interact and have discussions. The chart above shows that the majority of mentions of Munger Hall were in the /r/UCSantaBarbara subreddit.

Looking at the other top subreddits, we can see that Reddit users are discussing Munger Hall in the context of architecture and design. The subreddit /r/news is also among the top subreddits mentioning this topic, showing that Munger Hall is of interest to a wider community than just UCSB.

Discussion of Munger Hall was mainly driven by major developments in the project, especially McFadden’s resignation last October. Although there is plenty of online discourse both praising and disparaging Munger Hall, most of the language sentiment seems to be neutral. Furthermore, while Munger Hall was most commonly mentioned on the /r/UCSantaBarbara subreddit, according to our analysis, there was plenty of discussion surrounding Munger Hall in the wider Reddit community.