The Daily Nexus
News
Isla Vista Tragedies Renew Conversations Around Balcony and Cliff Safety
May 28, 2022 at 11:55 am by Nisha Malley

Isla Vista community leaders are working to address balcony, roof and cliff safety issues following local tragedies, including the recent death of a UC Santa Barbara alumnus who fell from a cliff during alumni weekend this month. 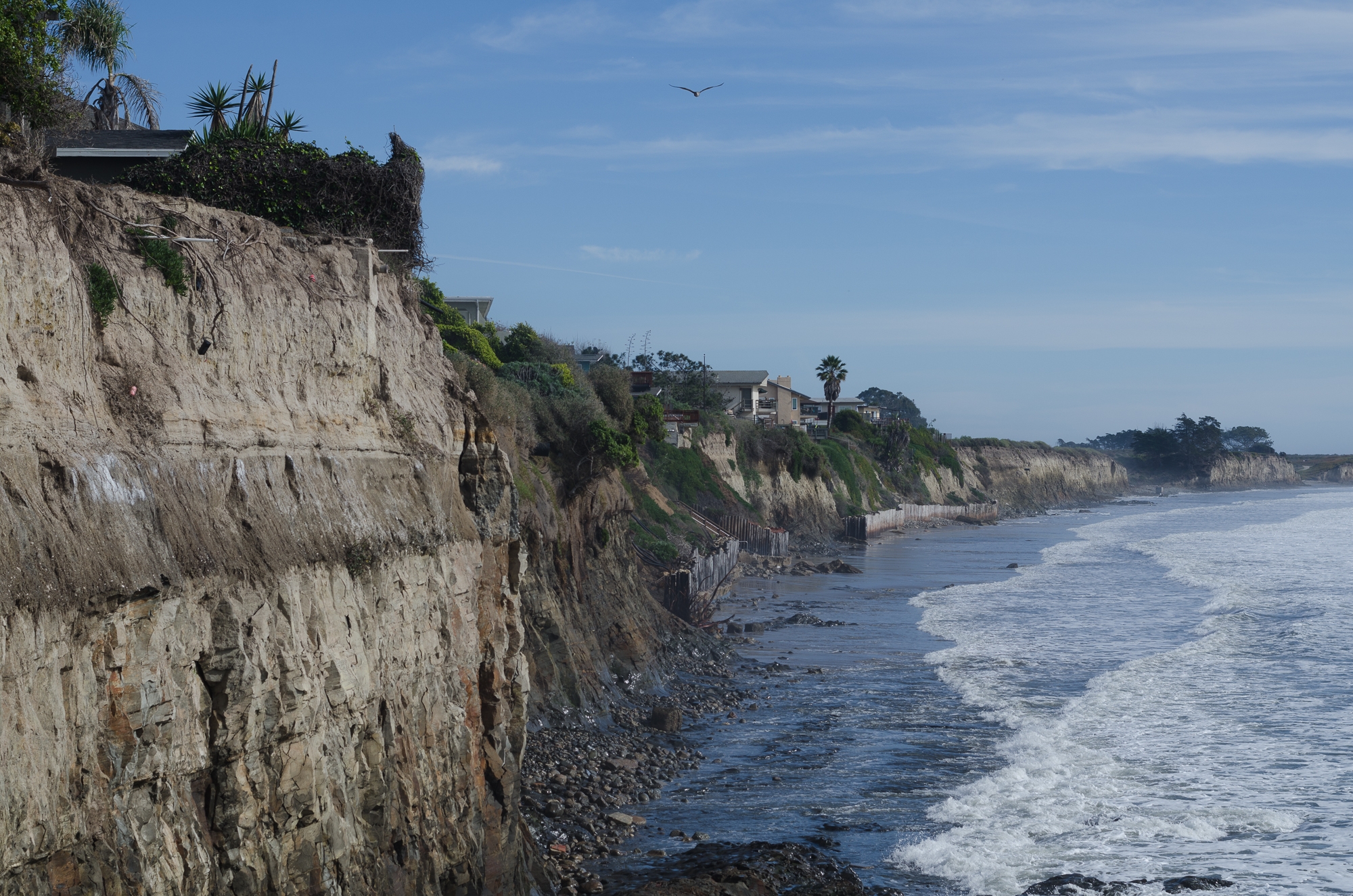 The environmental degradation and erosion of the cliffside — a problem exacerbated by the effects of climate change — pose a safety hazard to residents of I.V. Daily Nexus File Photo

The I.V. Safe Committee — a commission overseen by the I.V. Foot Patrol — discussed the issue at a May 10 meeting, which was attended by representatives from Santa Barbara County, the Santa Barbara County Sheriff’s Office, the UC Police Department, UCSB, the I.V. Community Services District (IVCSD) and the I.V. Recreation & Park District.

“During alumni weekend, there was a tragic incident where an alumni fell from a balcony, down the cliff and was killed,” Brandt said. “I think that, combined with other falls that were experienced on balconies during Deltopia, has really put a spotlight on how dangerous some of these properties can be.

Several community members have fallen from the cliffs along Del Playa Drive over the last two decades, out of which at least five people died.

The hazardous nature of the balconies and cliffs along Del Playa Drive have been a long-posed concern to the I.V. community.

“Balcony and cliff safety has been an issue in our community for a really long time,” Brandt said. “Over the years, we have unfortunately seen a large number of cliff falls from residents, some of which have been fatal.”

The environmental degradation and erosion of the cliffside — a problem exacerbated by the effects of climate change — pose a safety hazard to residents of I.V., according to Brandt.

The bluffs are retreating at an average rate of 6 inches per year, according to property line surveys conducted by the county. In addition, single-event cliff failures hasten the process of erosion. In 2017, a bluff collapsed at 6653 Del Playa Drive following a heavy storm, forcing the evacuation and displacement of 28 residents. The bluff had served as a communal backyard balcony for nine units.

Brandt said that addressing these concerns requires cooperation from local property owners, who are obligated to take accountability for the safety of their housing and invest in protective measures. However, efforts initiated by IVCSD, UCSB and other community stakeholders historically met resistance from property owners who were unwilling to invest in safety improvements, Brandt said.

“There have been challenges working with property owners that are often very absent from efforts to try to promote safety in Isla Vista,” Brandt said. “This is part of a pattern from some property owners in Isla Vista, whether they’re oceanside properties or not, that really neglect to make the infrastructural investments to their property that they need to keep them safe and habitable.”

“There have been a lot of challenges, and it remains to be seen exactly how to bring property owners to the table,” he said.

In the past, Santa Barbara County took actions to impose and enforce policies addressing cliff safety in I.V., such as erecting permanent fencing along the bluffs on publicly owned land in 2015 and increasing the minimum setback between the cliff edge and private properties in 2019.

At the May 12 I.V. Community Network meeting, Hart relayed current efforts being undertaken by the Santa Barbara County Planning and Development department to increase the height of fencing along the bluffs to improve cliff safety.

“We spoke just this week with the director of the planning and development department for the county of Santa Barbara about the fences and the recent tragedy. Her staff is again dusting off that work,” Hart said.

Hart said that the county is also conducting site inspections of oceanside Del Playa Drive properties, in particular those “dangerously close” to the bluff edge.

“The bluff’s eroded in a number of spots, so they are actively working with the property owners on those locations,” Hart said at the meeting.

Brandt said he hopes that pushing for an expansion of safety measures will help to prevent possible future tragedies.

“It’s heartbreaking to see that oftentimes these tragedies have to take place in order to build the support to try to investigate these dangerous situations, and I feel very saddened about that,” Brandt said. “I really think it’s important for everyone that is involved to be working to try to prevent those tragedies in the future.”

The property owners in IV are getting wealthier and wealthier each year by charging outrageously high rents for those homes and they do NOT care if kids are falling off the balconies / cliffs to their death because they have no legal liability about the choices those students make, like drinking and sitting on the edge of a balcony. The city NEEDS to get involved and require tall fencing along the cliffs, even on private property. They could put really thick plexiglass or something sheer if they don’t want to obstruct the view.