The Nexus has compiled profiles of our current Associated Students elected officials to reflect on their past year in office. As they look back on their campaign platforms, we asked our elected officials to tell us about their successes and shortfalls throughout their terms in office. The term in reviews for the other executives — President, IVP, EVPSA and S.A.G. —  can be viewed at dailynexus.com.

The 2020-21 External Vice President for Local Affairs Yasamin Salari served the Isla Vista community in a remote capacity while the COVID-19 pandemic and unprecedented changes raged in the background. 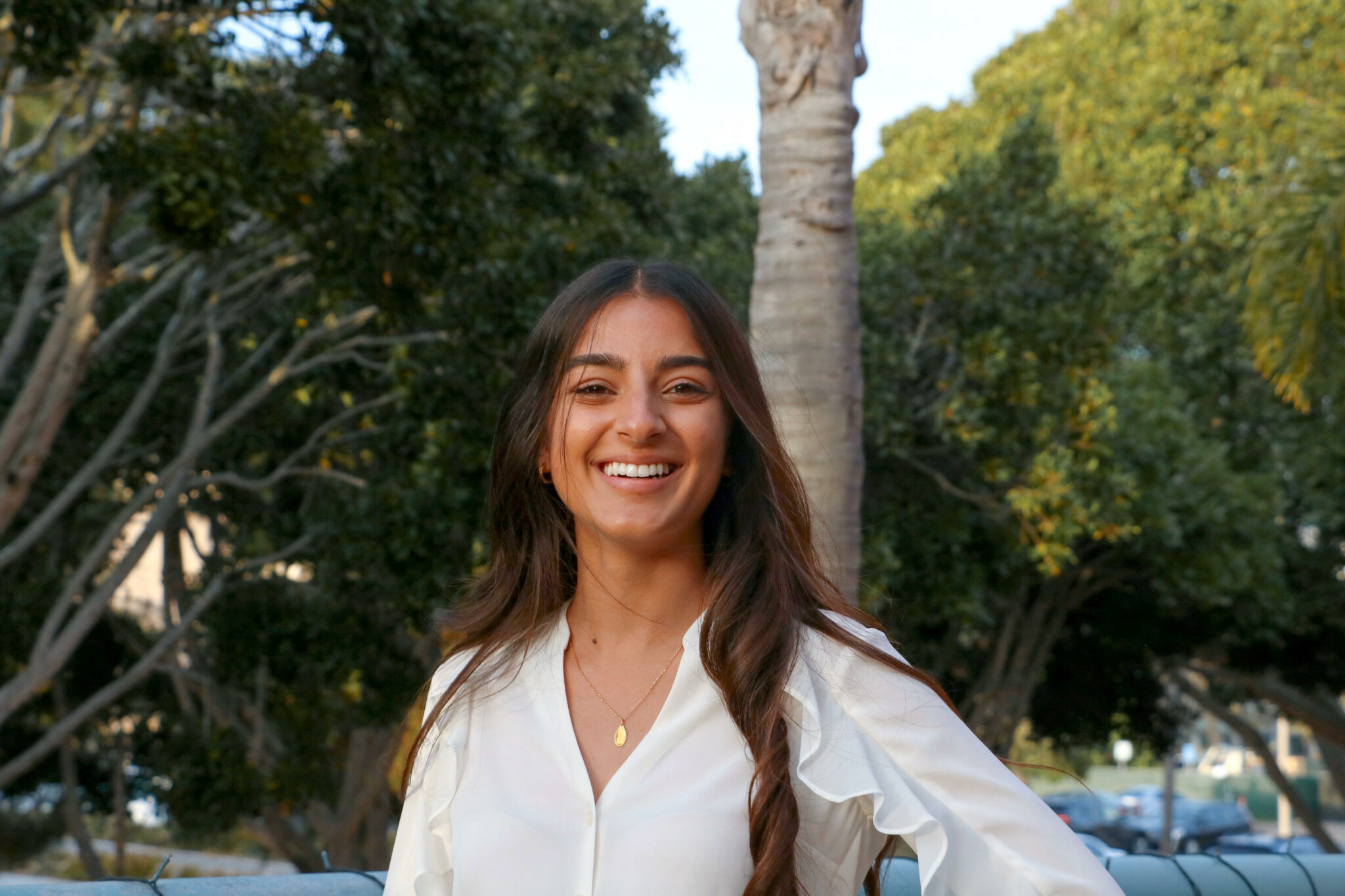 On a personal level, Salari noted that the experience of advocating for students helped her learn to voice her own opinions and back student voices. Courtesy of Yasamin Salari

Salari said the platform points she originally ran on “just became less feasible with the resources [the office] had,” and campus closures made in-person events difficult. As a result, the External Vice President for Local Affairs (EVPLA) office focused their efforts on providing COVID-19 information and resources to students.

“We focused our efforts a lot on just responding to COVID,” Salari said. “[We were] seeing what the community needed at every moment and adjusting our approach, instead of just sticking to the platform ideas that we came into office with.”

Salari, a fourth-year political science major, said that some of her proudest moments during the term have been related to her office’s COVID-19 response, which included releasing I.V. COVID-19 data, partnering with local businesses to distribute masks and thermometers to students, and holding a virtual town hall on COVID-19 awareness, with another planned for the end of May.

“[The town halls] were really good in terms of trying to protect our community and getting the right information out,” she said.

The EVPLA office, which is uniquely positioned to serve as a liaison between UC Santa Barbara students and the I.V. community, also worked closely with the Santa Barbara County Board of Supervisors to pass an emergency noise ordinance regarding large gatherings in I.V. in the fall.

With community and social media outreach, the office was “able to get students there and voice [their] opinions on the situation in I.V,” by encouraging them to express concerns about parties and other large gatherings during S.B. County Board of Supervisors meetings.

However, Salari said the office also had success in serving students’ needs outside of the pandemic.

“Focusing on mold [in I.V. housing] was one of my platform points, and we are working on that,” Salari said. The office distributed a survey about mold in I.V. apartments and houses around a month ago and “got about 400 responses from students who provided testimonies about living with mold, pictures and other things like that,” she continued.

Salari’s successor to the position of EVPLA and current EVPLA Chief of Staff Shannon Sweeney will be continuing the mold alleviation project and is currently working on compiling the data from the survey to present to the Board of Supervisors, according to Salari.

Salari originally ran on a platform to institute rent caps on I.V. housing, expand on the university’s timely warning system to include any incidents of violence in I.V., provide a direct bus shuttle between I.V. and Camino Real Marketplace for students to acquire groceries, and alleviate mold concerns, among other projects.

While some projects like the bus shuttle became “not really possible” in light of limited campus services due to COVID-19, according to Salari, the office worked to transition other ideas into more feasible opportunities.

While the office was unable to directly affect rent hikes on I.V. properties, they hosted an event in conjunction with the A.S. External Vice President of State Affairs (EVPSA) office and other community organizations to promote California Propositions 16 and 21 in the November election. Prop 21 would have allowed local governments to enact rent control on housing that was first occupied over 15 years ago, although it failed to pass.

Salari’s office is also working on a community mural project and laid the groundwork for an Associated Students Food Bank satellite location in I.V., although COVID-19 restrictions have made food handling and transport regulations more stringent.

“We’ve been working on finding potential places for [the food bank],” Salari said. “Potentially the Pardall Center or the [Isla Vista] Co-Op could be the location for the pop-up.”

In serving local communities, Salari said that she coordinated with Supervisor Joan Hartmann and other UCSB students to advocate for free COVID-19 weekend testing services at I.V. Theater.

The office tried to collaborate with the I.V. CSD to plan alternative Deltopia events, but planning became too “complicated,” Salari said. The I.V. CSD tabled the proposal and the project did not move forward.

Salari — who serves on the UCSB Police Advisory Board — also said that her office worked to mediate the often-contentious relationship between I.V. community members and police, to hold police accountable and eschew events held in previous years like Coffee with a Cop or Pizza with the Police.

“Throughout the year, we’ve received a lot of complaints from students about police in I.V.,” she noted.

“They’re not wearing masks, not social distancing or not respecting people’s physical distance. And so we talked about this with the [I.V.] Foot Patrol people and UCPD. We’ve held monthly meetings with them, just trying to see how we could improve their response in I.V. so that they’re actually wearing masks and being COVID conscious.”

Salari said that UCPD was “responsive” to requests about wearing appropriate face coverings, although the office held several meetings throughout the year with law enforcement about police behavior.

Salari also said she’s looking forward to successor Shannon Sweeney holding in-person events that her office did not have the opportunity to pursue.

“We were really looking forward to those I.V. Open Markets that [2019-20 EVPLA Christian Ornelas] hosted in I.V. last year,” Salari said, referring to the pop-up events that allowed I.V. community members to congregate to buy and sell handmade goods including art, clothes and jewelry. “I hope that she can work on community events like that, to bring everyone together. The freshmen and even the second years don’t really have that sense of community and of I.V. as much, so being able to provide events like that would be really cool.”

Salari hopes that Sweeney will become accustomed to voicing the student opinion as “the only student or one of the only students” at meetings with administration and community organizations, something that she worked on throughout her tenure.

“It’s very difficult at first, I thought, and uncomfortable, I would say, but I think you grow more into it … as your term progresses. I hope that she’s able to get more comfortable with that, too,” she said.

On a personal level, Salari noted that the experience of advocating for students helped her learn to voice her own opinions and back student voices.

“This position has helped me really find my voice and [learn] how to actually articulate what I believe and stand up for students,” Salari said. “I was really forced to learn how to articulate how I disagree with people, just to make people know that the student perspective is also really important.”