With Deltopia weekend fast approaching, the Isla Vista Community Services District and UC Santa Barbara’s Associated Students proposed at a special meeting on March 18 an alternative, food-oriented event — called the Taste of I.V. — to thwart unsafe gatherings and promote public health during a season that is typically rife with large crowds. 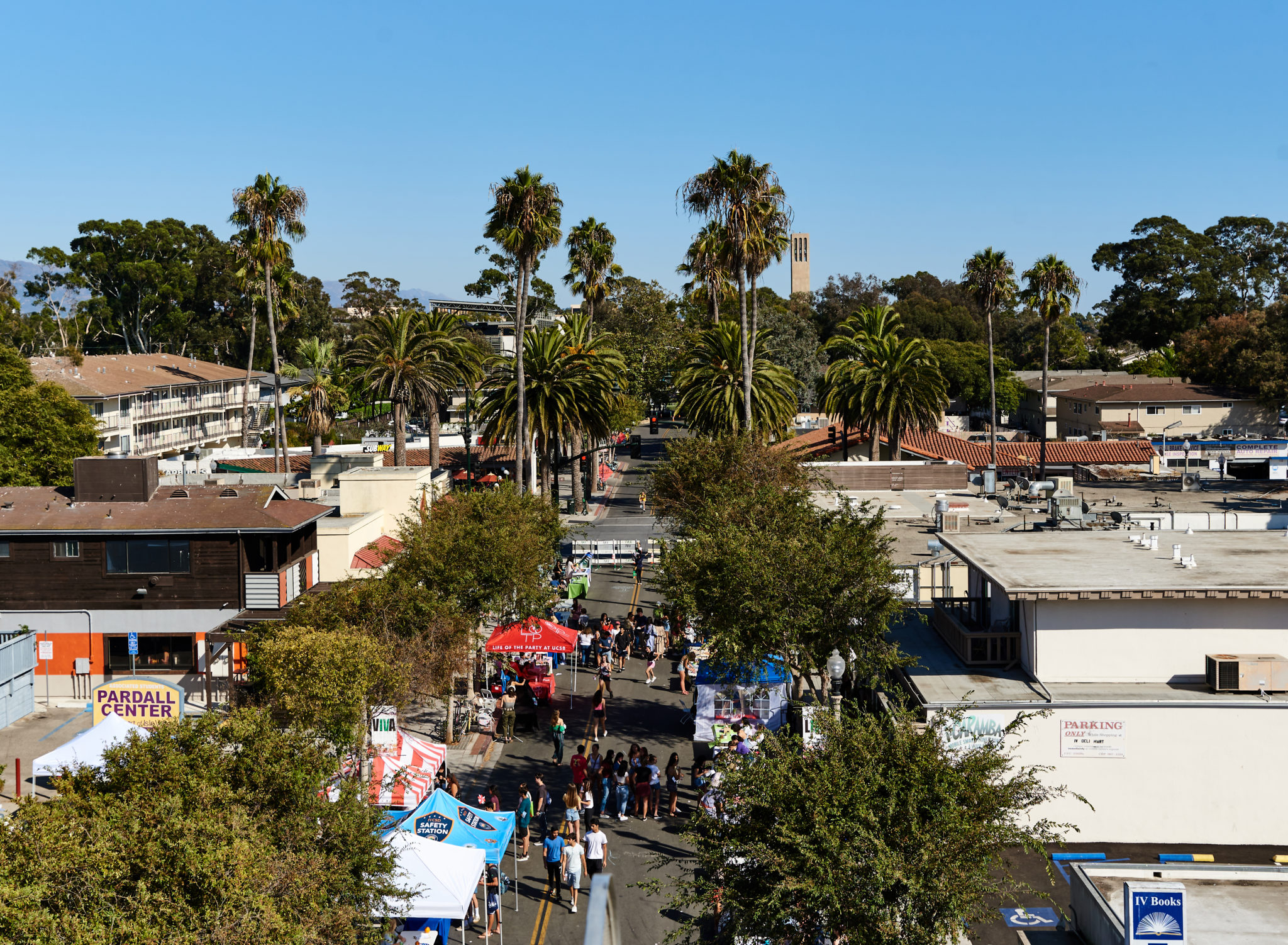 Aside from the new proposal, there is currently no other scheduled alternative to Deltopia other than an A.S. virtual concert on the evening of April 3. Siavash Ghadiri / Daily Nexus

The event proposal, however, was tabled by the end of the meeting after board and community members expressed concerns that it would actually increase the spread of COVID-19 as opposed to reducing it.

During the meeting, I.V. CSD General Manager Jonathan Abboud described that the proposal would grant residents a $15 meal voucher from the Pardall Center to use at local restaurants from 11 a.m. to 4:30 p.m. on April 3. In addition, Pardall Road would have been closed off for outdoor dining and event staff would have been roaming the street to remind people to comply with social distancing measures. The event would have also included a scavenger hunt for participants.

However, I.V. CSD directors Jay Freeman, Catherine Flaherty, Marcos Aguilar and Ethan Bertrand and public commenters all voiced concerns about the event complementing Deltopia instead of it working as a safer alternative.

Freeman, one of the most vocal opponents of the proposal, said that he believes that the I.V. CSD does not have the power to organize this event and that the responsibility should fall to the Isla Vista Recreation and Park District. In addition, Freeman said that the proposal seemed rushed, the budget seemed vague and, in the midst of a pandemic, that this is a “really bad moment” to facilitate a gathering.

“This is an extra bad moment to do this because this is right when … everyone will be going to spring break and maybe people are going home and then — to the extent to which anyone does go home — they all come back here after they’ve all been other places traveling through airports and now they’re all going to come here,” Freeman said. “And we’re encouraging them to all show up on Pardall during the same, somewhat narrow time window on the same day in order to sit in all these tables you’ve got organized.”

Other directors, like Bertrand, disagreed on some points with Freeman, saying that the I.V. CSD does have the power to hold such an event, but agreed with his qualms about the safety aspect of the event. Flaherty additionally pointed out that the event may complement Deltopia instead of averting people from the event.

“I’m torn as if this would be a complement as opposed to an alternative … if not enforced correctly, I think it could reflect poorly,” Flaherty said. “It feels a little weird to me, especially having taken COVID so seriously and [adhering to] safety precautions for so long and being close to people being vaccinated, but I also do see the benefit of trying to provide an alternative because people are really wanting to go out.”

Katie Maynard, the event manager and sustainability coordinator for UCSB, spoke out against the proposal during public comment.

“I’ve been working on helping students address food insecurity; in particular, I run a program to support students that go into quarantine. I know what the impact of doing an event like this [is]; I know what this is going to look like the two weeks after the event,” Maynard said. “I know that I’m going to be the one out there delivering food [to] every one of the students that’s going to get COVID as a result of this event, and I don’t know if we have the capacity for it.”

After hearing these concerns, the board decided to table the proposal. They then brought forward a motion to discuss the idea of shutting down Pardall Road over an extended period of time around Deltopia weekend to allow for outdoor dining in a manner similar to the State Street promenade.

Spencer Brandt, I.V. CSD board president and director, thanked public commenters for their input and said that he hears their concerns about the timing. He did, however, challenge the board to be more innovative in problem solving in future endeavors.

“I hear from the community that now is not the right time … I don’t think this is the best we can do,” Brandt said. “I don’t think saying no to things and having an attitude of working in silos is the best thing we can do. I think we can do better, and I hope that we will going forward.”

Aside from the new proposal, there is currently no other scheduled alternative to Deltopia other than an A.S. virtual concert on the evening of April 3.

An “alternative to Deltopia”? this article treats Deltopia a sanctioned event. It is not. In fact Deltopia costs the county thousands each year as they “guess when the party is happening.” This Facebook party started off as “Floatopia”–a giant defecate in the ocean and leave your trash on the beach event. Deltopia needs to wither and die. What kind of a governing entity wants to finance an alternative party during a pandemic? Last I checked injuring your constituents is not in the manual.

Freeman: the only board member with common sense.