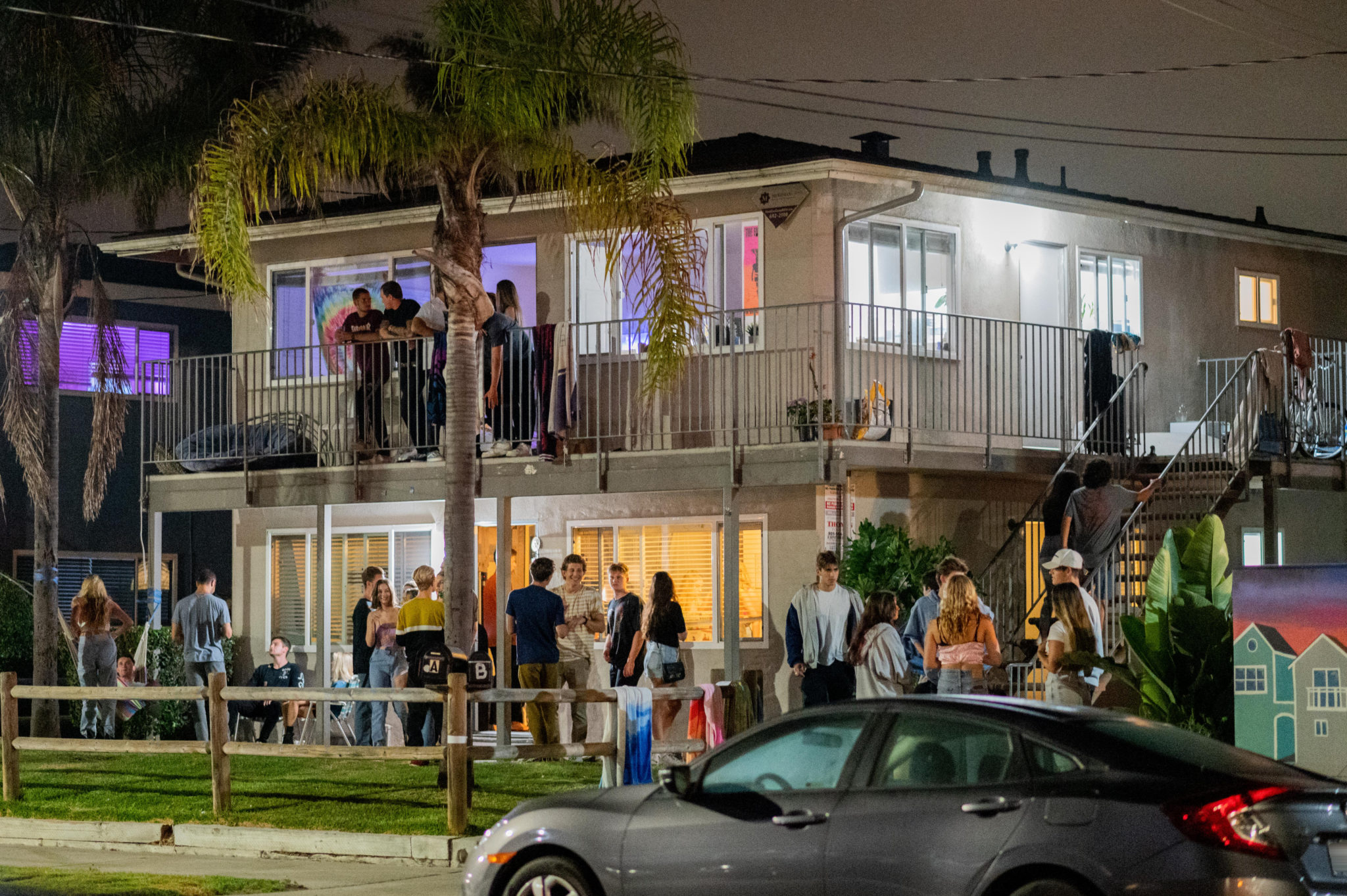 The ordinance may have been particularly useful in Isla Vista, where tensions have been brewing in response to reports of large, unmasked gatherings and densely packed house parties. Max Abrams / Daily Nexus

Under normal circumstances, the ordinance would have passed with three votes in its favor. But urgency ordinances require a fourth vote to go into effect immediately, so community members and local leaders were left empty-handed when the ordinance fell a vote short and was tabled for six weeks.

The ordinance may have been particularly useful in Isla Vista, where tensions have been brewing in response to reports of large, unmasked gatherings and densely packed house parties. From Aug. 28 to Aug. 29, the Nexus reported over 300 unmasked partygoers and dozens of house parties, all of which were in violation of county public health mandates.

Had the ordinance been in effect, partygoers could have faced fines ranging from $100 to $500 based on the number of times they have violated public health mandates, according to the ordinance.

Third District Supervisor Joan Hartmann, who represents I.V. and voted in favor of the urgency ordinance, said students may not come back in winter or spring quarter should they continue to disregard health guidelines.

“If our numbers for the county as a whole go up — because of what’s happening in Isla Vista — then other businesses have to shut down. That’s why we need to follow through on this [ordinance] because people, their livelihoods, their mental well-being, everything depends on it. We have to see ourselves not as islands but really as a community,” Hartmann said.

While supervisors can bring a non-urgency ordinance back at any time, the six-week delay may be a missed opportunity, UC Santa Barbara Student Health Medical Director Ali Javanbakht said.

“It’s never too late, so whatever we can do, whenever we can do it, is better than not doing anything,” Javanbakht said. “But six weeks is a really long time in a pandemic. So, in that sense, an opportunity was missed to have some parameters in place [and] have a little more enforcement.”

The six-week period in which the urgency ordinance is tabled comes at a pivotal time for Santa Barbara County. UC Santa Barbara’s fall quarter begins Oct. 1, and students have already begun to move into I.V. and surrounding areas, Spencer Brandt, board president of the Isla Vista Community Services District (I.V. CSD), said.

And in I.V., where a housing shortage has led to overcrowded living spaces, many of which exceed recommended occupancy, a recent university decision to limit university housing to only those with “special circumstances” has exacerbated the problem, Brandt said.

“I was disappointed to see the university’s decision to cancel all of their housing contracts because I fear that that is going to lead to more overcrowding,” Brandt said. “There are many reasons that students may want to be in the community, even under a socially distant learning policy, because they have jobs, because they have family here or whatever it happens to be.”

UCSB administrators have created online forms to encourage students to report parties and large gatherings in I.V. One such way is through UCSB’s Office of Student Conduct, where students and families can report gatherings that do not comply with current social-distancing measures.

According to I.V. CSD General Manager Jonathan Abboud, once a report has been made on one of these forms, either UCSB Dean of Students or the Santa Barbara City College Dean of Students will respond with possible consequences, depending on the severity of the report. The details of each consequence will be considered within the context of each individual situation, he added.

“If they can be identified as a UCSB student, and there’s evidence of their actions, disciplinary action on campus [may occur] because of the student code of conduct,” Abboud said.

While the I.V. CSD is unable to enforce the county public health mandates, they have created several forums to address public health concerns, including a $9,000 education campaign and mask distribution centers.

“Myself and other members of our board of directors have been trying to be leaders on this issue and do what we can both to spread awareness of the resources that are available — health, financial and otherwise — as well as promote a sense of accountability that residents should have,” Brandt said.

While Brandt and Hartmann support the urgency ordinance, they hope it can be enforced without the excessive law enforcement, and instead through outreach and education.

“I do believe that when there are egregious violations that take place, there needs to be swift action taken,” Brandt said. “And I think we can do it in a way that doesn’t result in our community being over-policed, because we’ve seen in the past that just throwing more law enforcement officers at the problem doesn’t make the community safer.”

Hartmann said she’s looking into creating a student accountability program that could keep the community in check from the inside out. Selected student ambassadors would distribute masks in I.V. and proactively educate the community about the dangers of holding large gatherings, she added.

Javanbakht said he hopes I.V. comes to a moment of reckoning and can work to reduce the threat that partying and unsafe gatherings pose to the community at large. But even with the work of local governments and the university, the onus of safety ultimately falls on the shoulders of those in the community.

“Whether [Isla Vista] becomes this hot zone of an outbreak that spreads disease and people get hospitalized and students die and the campus has to be shut down for a longer period, or if it winds up being an area that becomes an example of how a community comes together and really creates a safe environment and protects its own,” Javanbakht said, “it’s up to them.”

There is no pandemic – 99% recovery rate – nobody is dying.

Please do us all a favor and don’t wear a mask. We don’t want you to.

Hartman votes for an emergency ordinance while, at the same time, voting to end community policing in IV. Pandemic pandering. In this instance accountability may be measured in lives.

I would rather gain immunity naturally and keep my freedom… Boomers told our generation “narrow pursuit of self interest is good for society, depend on yourself, no handouts” and now we’re all supposed to come together and waste years of our lives in lockdown to keep you safe? If you’re vulnerable stay home, but dont push it on the rest of us.. this law is an authoritarian money grab at the cost of people working to obtain gainful employment. we should be free to take risk and you should be responsible for avoiding risks to your own health if you’re… Read more »