The Daily Nexus
Nexustentialism
It's satire, stupid.
Soccer Players Not Hot Enough To Warrant Sitting Through Whole Game
October 29, 2018 at 4:20 am by Ollie Tanasse and Sam Penn 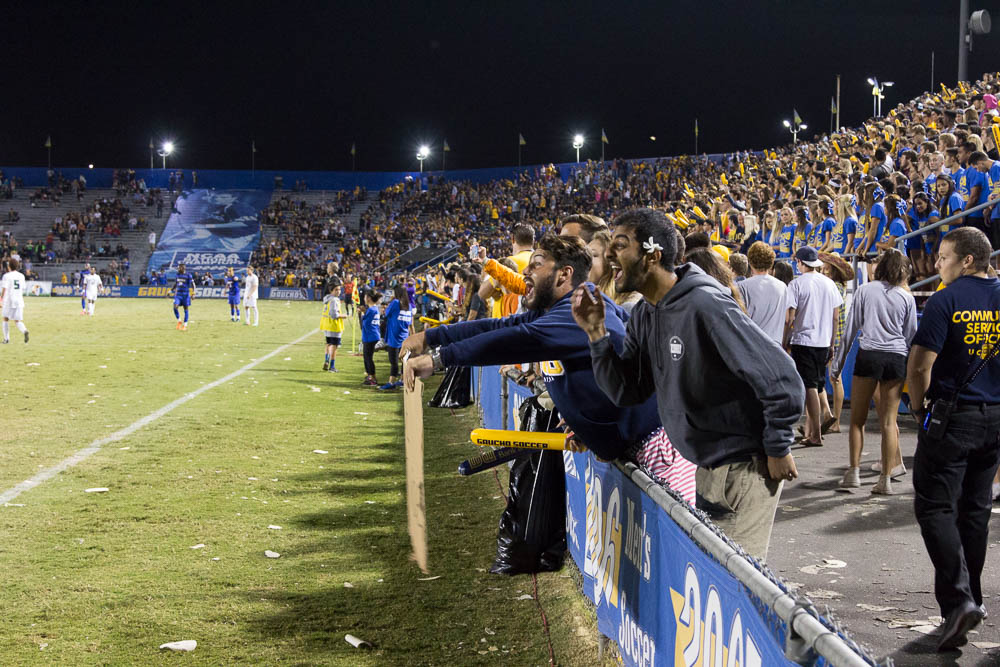 HARDER STADIUM — 15 minutes into the infamous UCSB versus Cal Poly SLO soccer game, second-year Veronica Dickstein realized that the soccer players weren’t even hot enough to warrant staying any longer than necessary. After throwing her obligatory tortilla, she was faced with the reality that there was nothing else to do but watch the boring game she knew nothing about.

It seemed no amount of physical exertion, running, sweat or chiseled calves of UCSB’s players could keep Dickstein and friends in the stands. “They’re probably just as small and unimpressive in person as they are from the bleachers,” she said. This seemed to be the final driving thought that led the group out of the stadium and into the arms of the waiting men of Sigma Mu. “I guess my only feasible option is to hook up with a frat boy tonight,” Dickstein continued.

Star player Frans Schneider threw a kiss and a wink into the stands before noticing that the crowd was suddenly comprised of only second-year SBCC boys. Upon seeing this, Schneider fell into a deep existential crisis. What could he play for, if not for ass? Schneider, who relies solely on DP sidewalk harassment and in-game flirting to get the ass he claims he so deserves, was disappointed. However, the frustration drove him to actually kick the ball for once, marking the first moment Schneider truly began to play for his team.

“I mean, I don’t know sports, but even I know they aren’t that good,” Dickstein added. Certainly not good enough for her to lose feeling in her ass on a stone-cold bleacher seat for two hours. “Once they successfully win more away games, then we can talk.”

The competition was fierce and the stadium was hard, yet the soccer boys were anything but.

Ollie Tanasse and Sam Penn would be worried about getting shit from the players if only they could read good.