And, just like that, 2022 has come to an end. While I’m very anti-New Year’s resolutions (I refuse to set unrealistic expectations for myself and beat myself up for not accomplishing them), I did start the new year with one goal in mind: to branch out from my go-to eateries in Isla Vista and try new restaurants in Goleta and Santa Barbara. During the past few months, I also reincorporated animal products back into my diet after being vegan-ish for two years, and was eager to step foot into restaurants at which I would have never dined when I only ate plants. I present to you a list of the best things I ate in Santa Barbara County during the past year. 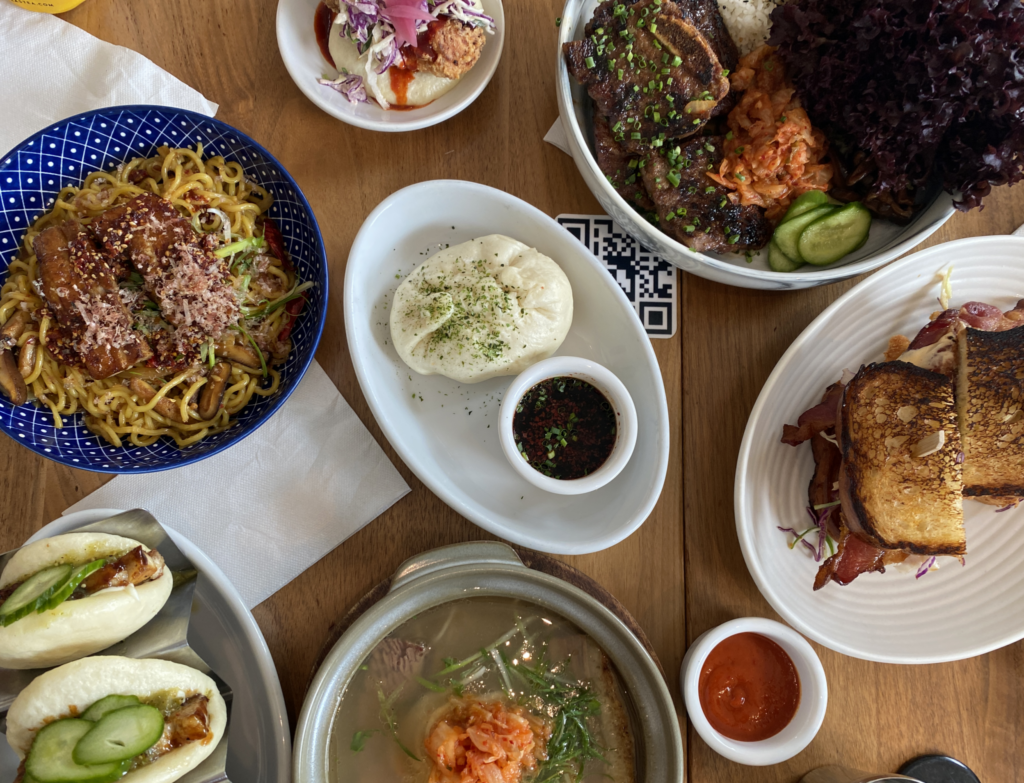 Celine Pun’s review of this restaurant was the only thing I needed to read in order to convince myself to dine at Secret Bao. I scored a highly sought-after reservation for my boyfriend and I’s anniversary, during which we enjoyed a variety of their signature bao buns and my first introduction to tteokbokki, a Korean dish involving soft and chewy rice cakes paired with delicata squash, bok choy and other vegetables tossed in a slightly sweet sauce with notes of sesame. Secret Bao’s inventive flavor combinations made the meal so worthwhile.

Salads and wraps at The Blue Owl 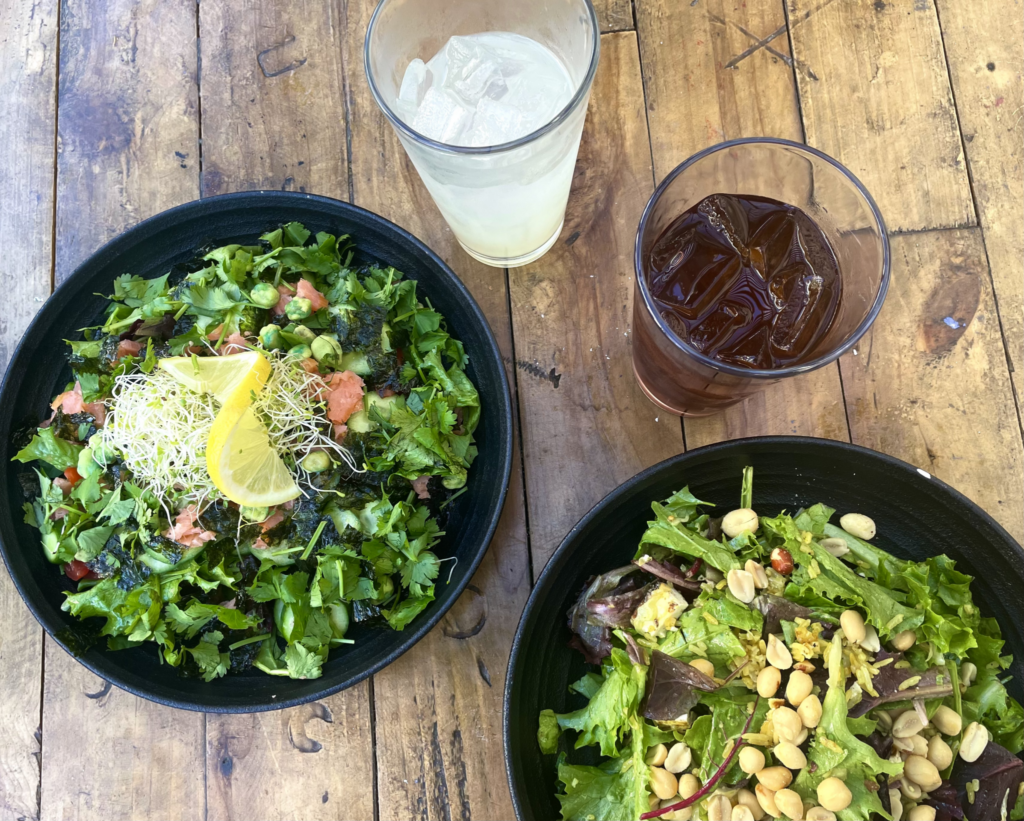 If I’m looking for a place downtown to grab lunch, without a doubt, I’m going to The Blue Owl. It’s the perfect place to eat with family when they’re in town — a sit-down restaurant that has more of an ambiance compared to a casual sandwich shop such as Sam’s To Go, but also not exorbitantly overpriced. Their lunch menu includes a selection of sandwiches, wraps, salads and fried rice combinations. I appreciate how vegan- and gluten-free-friendly their menu is, especially when I was tasked to find a restaurant that accommodated my meat-free preferences and my dad’s gluten sensitivity during his visit to Santa Barbara last spring. We ordered the vegan and gluten-free Fried Rice Salad and Smoked Salmon Salad and left very satisfied. Their pastry case is often stocked with delicious baked goods from Santa Barbara-based bakery Good Stuff Baked Treats.

Thai takeout from Your Choice Restaurant

My award for best Thai food in the area goes to Your Choice Restaurant in the upper area of State Street. I’m not sure if I can count on my fingers the number of times I have ordered their garlicky Pad See Yew and Crab Rangoon during fall quarter, but it hit the spot everytime. This family-owned restaurant has weekly specials and pop-ups including Creaminal’s No Sad Sundaes, an ice cream social featuring Your Choice owner Piti Sukavivatanachai’s homemade ice cream every Saturday night, and regular donut events with KIN BAKESHOP. It’s always special to see community partnerships like these flourish. 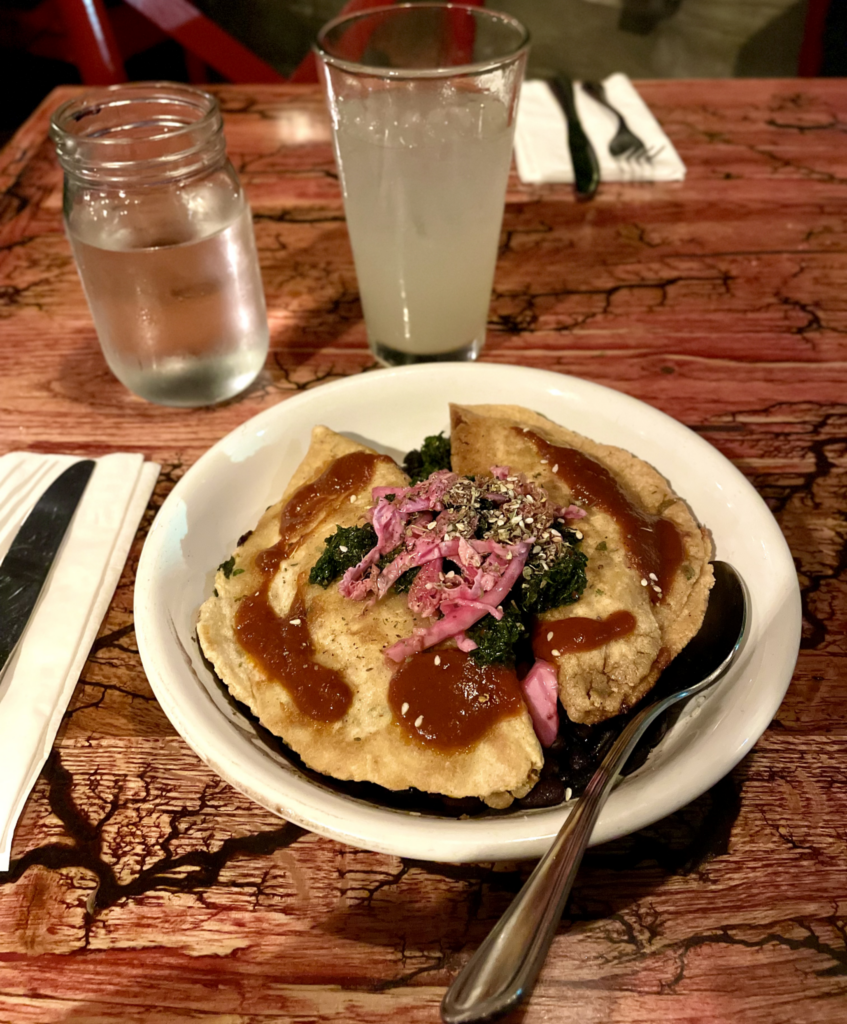 Take a scenic drive over to West Mesa to indulge in Mexican- and Mediterranean-inspired vegan fare at Mesa Verde Restaurant. This year was not the first time I had dined at Mesa Verde Restaurant; in fact, it has been one of my favorite restaurants in the area for years (even as someone who recently ditched veganism). Their menu changes somewhat seasonally, drawing me back to the restaurant to try their newest offerings. The one thing they always get right is their housemade vegan dairy alternatives, evident in the cashew cream in their Squash Blossom Quesadillas and the jackfruit and butternut nacho cheese filling in their Picadillo Empanadas.

So many deli items from the Isla Vista Food Co-op

If you’re a UC Santa Barbara student who has never stepped foot in the I.V. Food Co-op, let this be your sign to do so! The community-owned grocery store makes several items in-house, including dips and spreads, seasonal salads, chia pudding, baked goods and my go-to item: The F#$@%*! Best Wrap Ever (yes, this is its actual title and it lives up to its name). The wrap has tempeh, hummus, tomato, vegan cream cheese and arugula, and essentially tastes like a vegan BLT. On days when I can’t seem to find the time or energy to make lunch in between classes, I’m running to the Co-op to snag one of these wraps before they sell out for the day.

The pandemic drastically changed Santa Barbara’s restaurant scene, meaning there are many new establishments set to open in 2023, especially on State Street. I’m personally looking forward to discovering, and writing about, more restaurants that are soon to become favorites of mine this year!