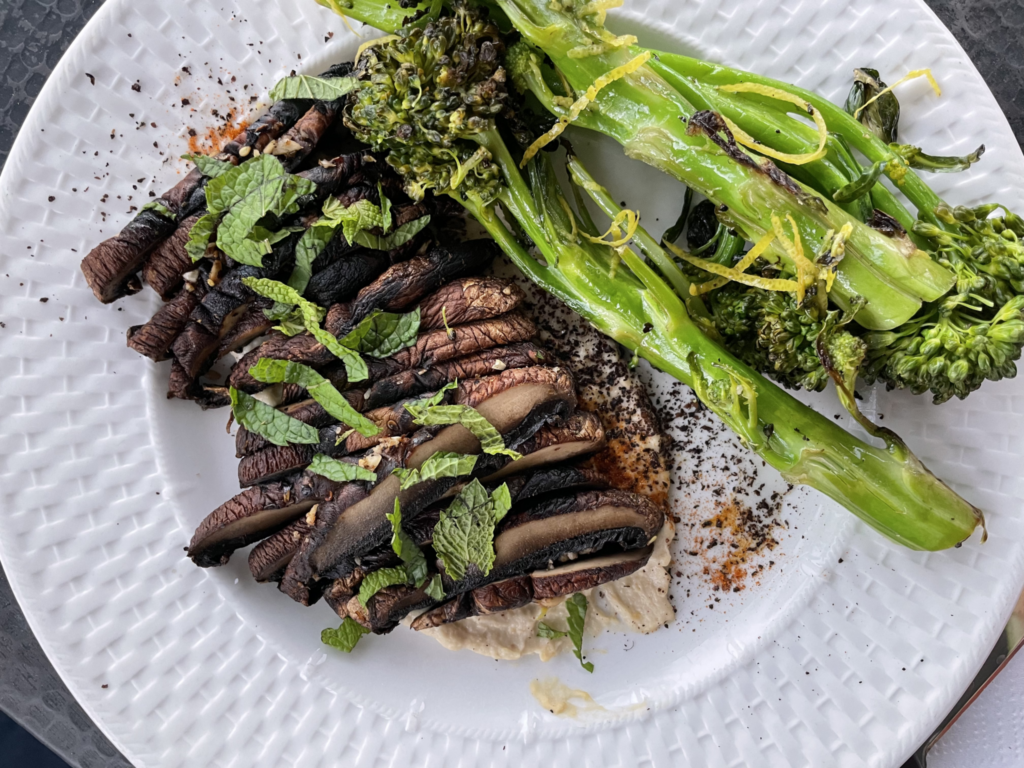 The flavors of sumac and za’atar bring out a sort of moxie from the portabella mushroom. Maya Salem / Daily Nexus

As I confront the end of summer, I don’t want to say goodbye to the light and healthy meals that somehow link themselves with the sunny season. I just won’t. So here’s something quick enough to whip up on a busy night: a mushroom steak. This meatless option will lure you in with its simplicity and ensnare you with its complexity.

There’s not so much of a secret to a well-seasoned portabella mushroom, but rather a game. Simply play with the unique earthy flavors. This one is infused with Middle Eastern flavors (also known as my parents’ spice cabinet), such as red sumac — not to be confused with its very poisonous cousin with a white berry — whose tangy flavor profile compliments za’atar, a spice mixture of herbs and sesame seeds. Together, these flavors bring out a sort of moxie from the portabella mushroom. Lain across a sultry bed of hummus and outfitted with some lemony broccolini? Say no more.

This dish is full of fresh flavors and hearty goodness. (That is, of course, if you like portabellas. The non-shroomers are missing out.) Plus, it’s also a very photogenic meal, so it’s pretty much perfect.

Make sure to tag @ucsbonthemenu on Instagram with your spin!

A version of this article appeared on p. 10 of the September 29, 2022 version of The Daily Nexus