The Daily Nexus
The Daily Stench
Love Is Dead: Duck Couple Has Affair
May 17, 2022 at 4:20 am by Brian Daumaghe 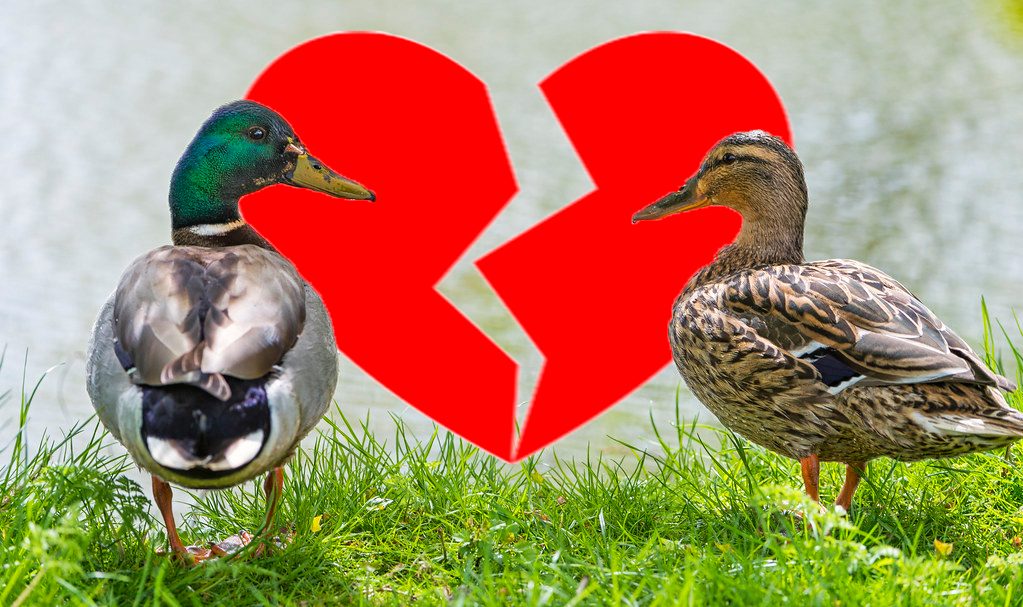 Oh, say, it ain’t so! In this cold and heartless world, it seems we can’t even have but one nice thing. Duck couple, I.V.’s beloved betrothed birds, appear to be on the rocks after one of the ducks was spotted preening feathers with another bird in the Naan Stop parking lot.

We return to local ornithologist and liar Al B. Tross, who had erroneously reported to the Daily Nexus that ducks “mate for life.” Tross can be found sulking around Campus Point, shaking his fists at the sky. He denied that the duck couple was a “thin parasocial stand-in for his presently divorced and unloving parents,” claiming that these birds were universally treasured and that everyone will be in therapy about this. “Is nothing sacred? Is nothing pure?” Tross bemoaned to a god who does not listen.

While a sad day for those who wanted to believe that this cruel world could offer anything other than betrayal, this is an excellent day for haters. “I knew that duck was a skank!” said Stacy Finch who, according to Daily Nexus fact checkers, has indeed been a nonbeliever since day one. “Love doesn’t last, especially not in I.V. I swear, I saw that little slut at Wildcat last weekend, and my friends were like, no, she has a man, that must be another mallard! But I was right! A floozy! A whore! A bird! A hoeing little trollop!”

The backlash against the duck couple scandal has received its own backlash, though, striking some as misogynistic. “Let ducks be whores!” one enthusiastic Isla Vistan shouted. “Infidelity is OK if it’s a girlboss moment!”

We at the Daily Nexus, personally, are heartbroken to report on the demise of what we thought was a stable tenet of the little joy there is in our decrepit college town. Is pain the only guarantee in love? Be there no solace, no refuge in our cruel and lonely world? Perhaps Duck couple served only to remind us of how alone, how hurt we are all destined to be. But also, like, get it, girl!

Brian Daumaughe has preened feathers with another duck in the Naan Stop parking lot, and, frankly, it wasn’t worth it.