The Nexus has compiled profiles of our current Associated Students elected officials to reflect on their past year in office. As they look back on their campaign platforms, we asked our elected officials to tell us about their successes and shortfalls throughout their terms in office. The term in reviews for the other executives — President, EVPSA and EVPLA  —  can be viewed at dailynexus.com. Internal Vice President Bee Schaefer was not available for a term in review interview.

During their 2021-22 term as Student Advocate General, Geovany Lucero fought within the Office of the Student Advocate to hold the university accountable to student needs and tackle key community issues, including police accountability, COVID-19 response measures, the local housing crisis and the Munger Hall project. 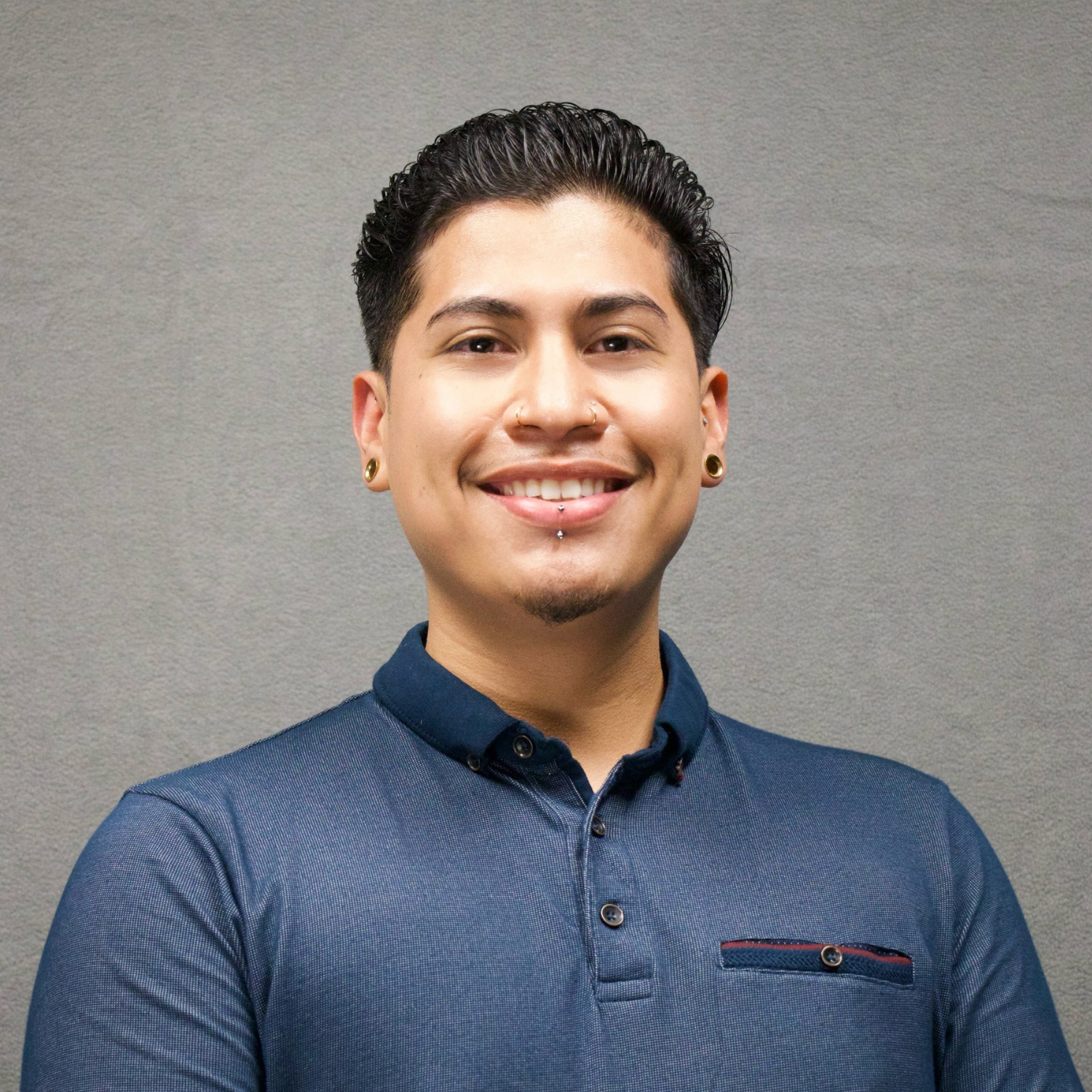 Lucero also spoke to their effort to legitimize the OSA in the eyes of the university, achieved by establishing individual relationships with various administrators and campus entities. Courtesy of Geovany Lucero

The Student Advocate General (S.A.G.) is an executive, nonpartisan position that acts as a liaison between the university and its student body, provides free and confidential peer support to students and directly advocates for students in the face of administration.

Lucero, a fifth-year feminist studies major, reflected positively on the Office of the Student Advocate’s (OSA) achievements this year.

“The OSA has completely redefined and rebranded what student advocacy is going to look like, not only in A.S. but across UCSB,” Lucero said. “We’ve achieved many new relationships, we have changed university and A.S. policy, we have created new opportunities and forms of accountability that are the first of its kind and have never been done in UCSB history, and I feel so lucky to have had an office that was able to help me with all of that.”

Lucero, who stepped into the position after serving as the S.A.G. Deputy Chief of Staff last year and ran on a platform of serving under-resourced communities, said their prior experience within the office gave them insight into the role of S.A.G. and its responsibilities.

“I think I may be the first and only S.A.G. that was elected with previous experience within the office, and Kristen [Wu] is now the second S.A.G. to follow, right after me, and so that creates a brand-new legacy and foundation for this office to build off of what we have started,” Lucero said.

The most significant effort of the OSA in the last three years was the promotion of the office itself in order to increase awareness of its services, according to Lucero. They continued this past work of promoting the OSA to students by collaborating with campus organizations, coordinating outreach and participating in town hall events throughout the year.

In addition, Lucero aimed to increase accessibility and transparency of OSA operations by giving regular updates in the Senate on the office’s work and sending quarterly emails to the student body.

Lucero also spoke to their effort to legitimize the OSA in the eyes of the university, achieved by establishing individual relationships with various administrators and campus entities.

“There was a lot of institutional pushback as far as not really believing in the authority of the OSA, and that was something that we had to emphasize in every space that we took up, in every meeting that we had,” they said.

In advocating on behalf of the student body, Lucero consistently worked to gather student input on important or controversial issues and relay that information to administration.

OSA surveyed students about the Munger Hall project and received over 4,000 responses, of which an overwhelming majority stated their opposition to its proposed design. During their tour of the Munger Hall mock-up, Lucero said they presented the survey results to Chancellor Henry T. Yang.

“I went directly to the Chancellor, and I showed him the survey with my little cracked phone screen, and I said, ‘This is what your students think about this project. They don’t want this, I don’t want this. You can’t let this happen. You need to do better,’” Lucero said. “Whether or not he took that and is going to agree with it and make changes, that’s up to him, but I am glad to share with students that he heard you.”

OSA also surveyed over 4,000 students on whether they would want a return to in-person instruction for winter quarter, amidst the spread of the omicron variant.

This occurred as part of OSA’s broader involvement in the university’s COVID-19 response. Lucero held meetings with Yang, administrators and the COVID-19 Response Team, in which they pushed for more testing and more testing locations. Lucero also said they successfully advocated for the expansion of UCSB’s quarantine housing to accommodate students living in non-university owned housing.

“It has not been easy dealing with the return to campus, dealing with COVID, dealing with the spikes, dealing with community crises and all these kinds of issues being thrown at us,” Lucero said. “Despite all of these things, we managed to not only fulfill our job but really push and expand the power and authority of being a service to our students this year.”

Another advocacy effort undertaken by the OSA was voicing the needs of students housed in local hotels — a temporary accommodation offered by the university as an emergency solution to the ongoing housing shortage.

Lucero said they urged UCSB administration to offer adequate transportation services and worked to provide water filters and small, portable desks to students in hotel housing, although OSA abandoned the project in light of students’ relocation to university-owned housing.

In addition, Lucero said their office conducted a survey — sent to the 245 students housed in hotels at the time — about their living conditions. OSA also ensured that those students received an informational flier, both via email and physical copy, of available basic needs resources and opportunities for financial assistance.

Spearheading efforts to reform police accountability, Lucero saw their efforts come to fruition during their term with the launch of a OSA-managed UC Police Department (UCPD) complaint form to report police misconduct or other grievances.

The form offers students a safe and confidential avenue to report police misconduct or express any grievances through a process fully independent from the police and solely managed by OSA, Lucero said.

Progress to create this form began during the 2020-21 academic year, when Lucero met with the UCSB Police Advisory Board and recommended its implementation, a request they said was met with bureaucratic pushback.

“The UCPD complaint form was a recommendation that I gave last year to the board to implement themselves, and they didn’t accept it,” Lucero said. “They thought it was too radical and that it would require much more work.”

Despite this progress, Lucero said some of their passion projects for the OSA were derailed by other issues that consumed their time and attention as well as the fall quarter training of a mostly new staff.

For instance, the development of an educational class for academic credit centered around student activism — an initiative pursued by previous S.A.G.s — never materialized during their term.

Lucero also did not accomplish reformations to the university’s penalization of self-plagiarism, which was one of their campaign promises. In reflection, they said eradicating such a policy would require a concerted, long-term effort going beyond their single term.

“I understand now, having the experience and wisdom that I’ve gained from serving this year, that even if I had that conversation around that policy back in the fall, even [during] Week 1, I probably wouldn’t have been able to change that policy by the end of my term,” Lucero said.

“Even if I talked about self-plagiarism, there’s a high chance that they probably would want it to shut me down and say no and reject [it]. And so then that would have required next year, to reintroduce it, to bring it up to apply more pressure,” they continued.

Lucero reflected on their leadership as S.A.G., a position tasked with overseeing an executive office and its internal staff.

“I was tested and pushed to my limits because I’ve always considered myself a leader and an advocate, but I have never really been in charge of a group of students,” they said. “I’ve never had to delegate tasks that would impact thousands of other people.”

In addition to personally experiencing burnout, feeling at times overwhelmed and struggling to effectively delegate tasks, Lucero said they also faced challenges in navigating the return to in-person operations.

Four staff members resigned during Lucero’s term. Nevertheless, they expressed feeling incredibly well-supported by the staff “with a sincere passion to help students and improve their community and campus.”

“They taught me so much more about working as a team, working as a group and working on the basis of love and care for our students and for our community,” Lucero said. “As difficult as it was, they pushed through and they stuck by my side, and I can’t thank them enough for that because they made my life so much easier.”

Offering consultation, help and representation to students involved in disputes with the university is a central job of the OSA. Lucero said the office received a much higher caseload this year than the year prior, with the staff taking in a minimum of 20 cases total and Lucero personally handling at least 11 cases.

They said some issues with the case intake process arose this year and that staff sometimes failed to respond to student inquiries in a timely manner.

“There were some complications throughout the year because our website and appointment outlet is a little hard to navigate,” Lucero said.

However, Lucero said they made it a priority to offer frequent and repeated check-ins, reaching out to case recipients at least twice following their last appointment or interaction, in a show of continual support.

“One of my biggest priorities this year also was making sure that students didn’t feel alone and that students felt supported [by] checking in on them,” Lucero said.

Lucero emphasized that their advocacy efforts represent an initial step in repairing the student body’s image of A.S. and redressing harm.

“I think that students are justified in their fear, anxiety, and maybe even denial of A.S. being a place of opportunity to do change and be good,” they said. “While all those things are still true about our association, at least for now, my office did something a little bit that shows that we were putting students as our first priority.”

Lucero expressed hope that their achievements as S.A.G. will leave a lasting legacy.

“I now know that I’m leaving a legacy in this association and on this campus that is going to help students now and students three, 10 generations from now,” Lucero said.

“Continue to hold this office accountable, continue to hold this university accountable. But always make sure that in that accountability, we are aiming for improvement and care and not harm and violence, and that at the end of the day despite our differences, we aim to come together and make a better place for all of us.”