The Nexus has compiled profiles of our current Associated Students elected officials to reflect on their past year in office. As they look back on their campaign platforms, we asked our elected officials to tell us about their successes and shortfalls throughout their terms in office. The term in reviews for the other executives — President, EVPSA and S.A.G. —  can be viewed at dailynexus.com. Internal Vice President Bee Schaefer was not available for a term in review interview.

The 2021-22 External Vice President for Local Affairs Shannon Sweeney served the Isla Vista community as the student body returned to in-person learning following a year and a half of remote learning. 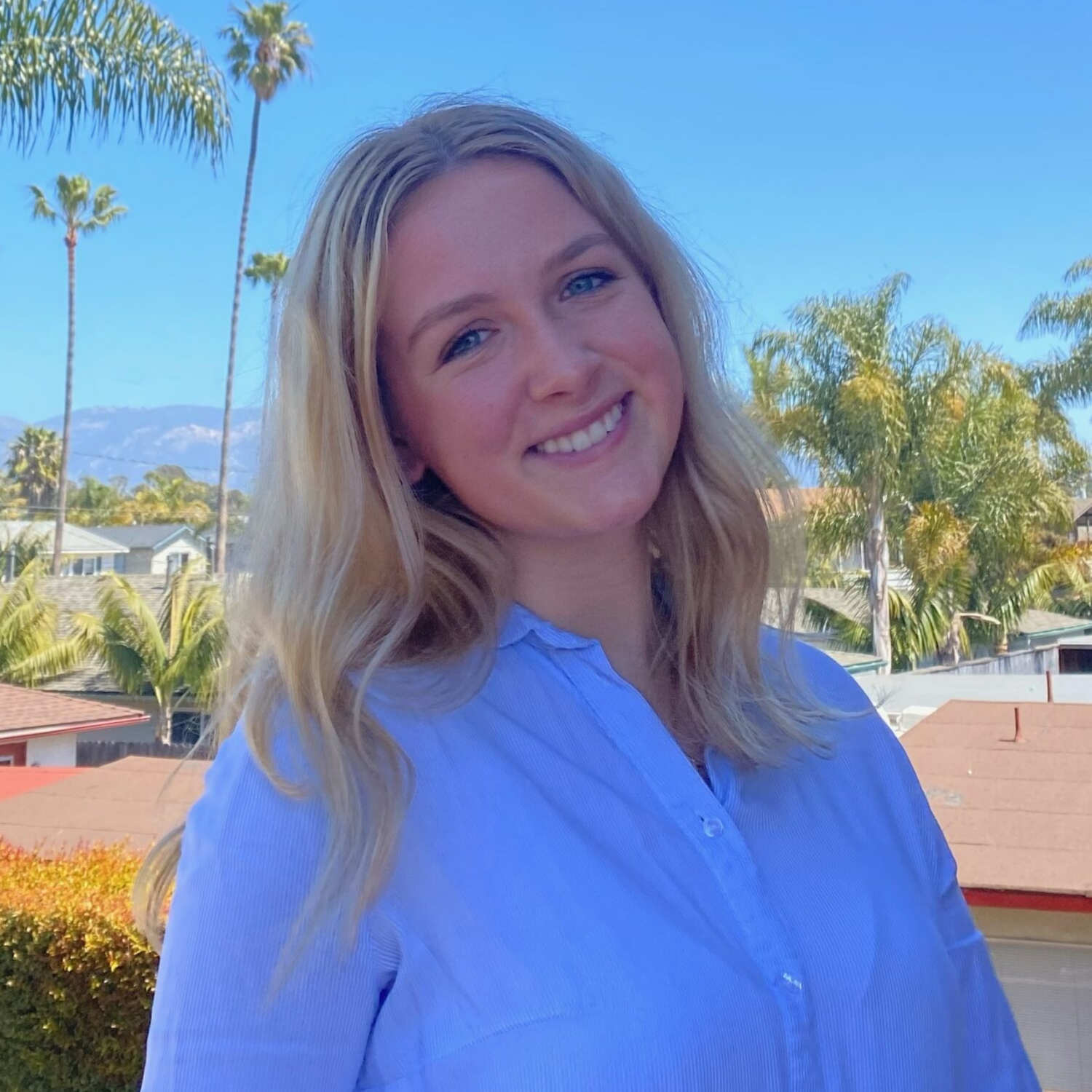 Sweeney was also an advocate of reforming the Police Advisory Board and successfully pushed for a Police Accountability Board (PAB) with more student representation and training on the functions of UCPD. Courtesy of Shannon Sweeney

Sweeney prioritized providing accessible services during her term, holding regular workshops for students to know their rights ahead of Halloween and Deltopia as well as naloxone workshops through the UC Santa Barbara Alcohol & Drug Program, among others.

Sweeney also had to contend with the housing crisis as the school year began, advocating on students’ behalf to ensure that the university was providing sufficient resources — including hotel housing — during the housing crisis.

“All the execs started meeting with the housing team, and we were having these conversations about ‘What is fair housing for them, and also what resources will be provided at the hotels. Will they be close to bus lines? What’s the parking [situation]?’” Sweeney said. “Putting pressure on them to make sure every little thing that could be an issue for those students — how would they address that?”

In addition, Sweeney held CalFresh enrollment parties at the hotels in which students were provided accommodations early in the year.

Sweeney also collected data about rental increases throughout her term and plans to publish the results online so students can have the necessary information to advocate for themselves.

“I think transparency is also super important when it comes to tenants’ rights. So, like, having that information available to them, once we’re able to have our website up and running, is super important,” Sweeney said. “So, giving tenants that, like, bargaining power as well as the workshops we did — I think education is really key.”

Sweeney also worked with the UCSB Police Department (UCPD) to potentially expand the number of citations that can be resolved through the Restorative Justice Program but cited cooperative difficulties in working with the Santa Barbara County Sheriff’s Office.

“With the sheriff’s department, basically, it’s up to the [district attorney],” Sweeney said. “I think the best bet is going through UCPD to expand the program and, obviously, it’s not perfect because I think the county would be better service for everyone, but it’s going to be through UCPD.”

The only task Sweeney was unable to accomplish was re-opening the Pardall Center, which was a result of staffing deficiencies within the center, according to Sweeney.

“The Pardall Center, the staff member who ran it, left and moved to Mexico,” Sweeney said. “So, that set things back, as well as they’ve been short-staffed the entire year. And so, they’ve been trying to hire more people, but [they are] … having trouble finding people to staff it because, usually, it’s … super long hours.”

Despite this, Sweeney helped cultivate the Pardall Center to be a center for resources like printing services.

Sweeney was quick to listen and address student concerns. For example, after hearing student feedback regarding the previous lack of trigger warnings on timely warnings, Sweeney succeeded in adding trigger warnings to timely warnings in a collaborative effort with Associated Students Students Against Sexual Assault and UCPD after students voiced public concern.

“I’ve had so many conversations about those and how to report them in a way that better serves students. They’re getting a timely warning and emergency warning review committee for the end of the year,” Sweeney said. “It’s also like sharing this information with care because it’s so sensitive. How are we wording the trigger warnings? What resources are we including?”

According to Sweeney, emergency warnings need to be handled differently than trigger warnings, and she worked to increase their expediency.

“On the other hand, emergency warnings, like, the goal of those is to get them out as fast as possible. If there’s a fire or you got an active shooter, people are not going to be as mad about the specific wording rather than how fast they found out about it,” she continued.

Sweeney is still working to ensure that emergency notifications and timely warnings are sent to the broader Isla Vista community, including Santa Barbara City College students and permanent residents.

Sweeney was also an advocate of reforming the Police Advisory Board and successfully pushed for a Police Accountability Board (PAB) with more student representation and training on the functions of UCPD.

“[Those serving on the Police Advisory Board] really have no knowledge of UCPD policies or campus policies, so having people come in and provide trainings on how UCPD functions and how our campus functions, as well as having, like, the CLERY coordinator come and present,” Sweeney said.

“Literally, people just didn’t know about it, and I was training other members of the board who were staff and faculty members, which was ridiculous because this is not my job, and you should know this if you’re on the police advisory board.”

Sweeney’s efforts to increase the number of students on PAB were ultimately successful, with more students now serving on the board.

“As the only student on the board, I was constantly asked, ‘What is every student’s opinion on this?’ And I’m like, ‘Well, there’s different ones. This is what I’m hearing, and I can’t voice everyone’s opinion,’” she said. “Students are the group who are most likely to have interaction with police — they should be the most representative group on this board.”

Currently, Sweeney is also in the final stages of ensuring that community safety officers are trained to respond to cases of overdoses and carry naloxone.

“I’ve been wanting this since freshman year, and I’ve been asking you about it, and so it’s in review right now. So, I’m really hoping that goes through, but it’s just something that makes too much sense, in my opinion,” Sweeney said.

During her term, Sweeney responded to several local incidents impacting student safety: a shooting, a student hiding cameras in the bathroom of a private residence and a kidnapper who remained at large for a week. As External Vice President for Local Affairs, she held conversations with concerned students and acted as an intermediary between law enforcement and students.

Regarding the incident involving invasion of privacy, Sweeney helped the original individuals who found the camera in their residences file police reports.

“With all the safety issues going on, full transparency, I did not think I would be on the phone with the sheriff’s department at midnight, yelling at them, ‘When is he going to be released?’” Sweeney said, referencing her struggle to obtain information from law enforcement regarding the incident. “[Also], survivors had come to me before [news] broke, so [I was] doing the work of helping people report things.”

Sweeney said that she is “happy with [her] term and was happy to be a part of the transition back to campus,” but that a good portion of her time that could have been devoted to other projects was ultimately spent on “advocating for better policies surrounding housing and COVID to the administration.”

“I think the most important thing I’ve been able to do is help the students right in front of me — really be able to connect them to resources or just change one little thing that makes their life easier — and that I think it’s really important,” Sweeney said.