In the three months since the Restorative Justice Program launched, 22 people have had their citations dismissed — a number that program founder and Sheriff’s Deputy Justin Schroeder said brought the program “pretty much right on track” with the department’s expectations. 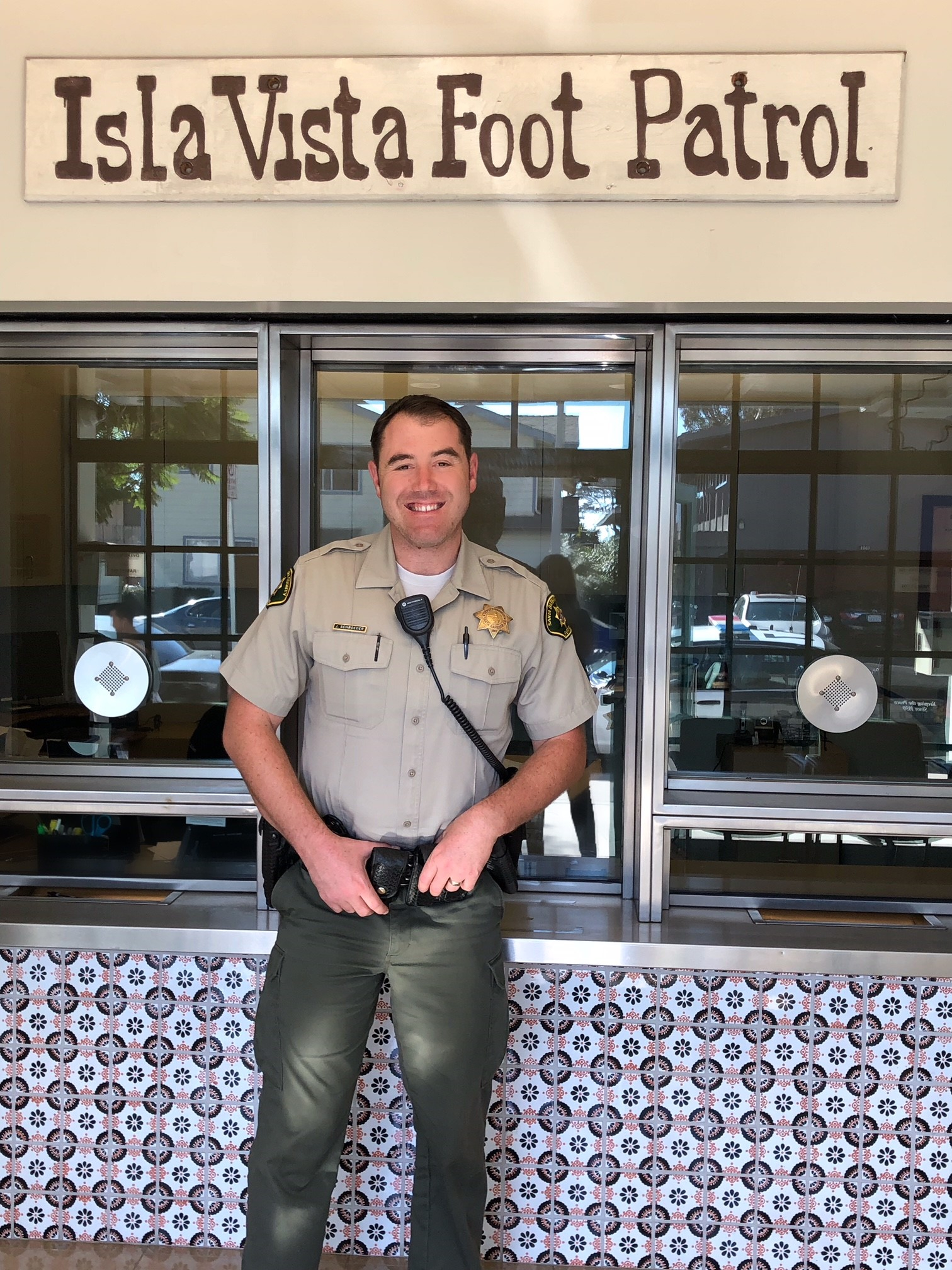 Schroeder noted that citations issued in Isla Vista are down 50% from last year. Courtesy of SBSO

The program, aimed at curbing the number of citations issued in Isla Vista, allows residents who have violated one of three ordinances — ordinance 36-2, consuming alcohol in public; 36-3, having an open container; or 40-2, playing loud music outside of curfew hours — the chance to wipe the violations from their permanent record.

The program, which launched officially on Oct. 4, was advertised as a way to create a “bridge between law enforcement and the community” — the same sentiment that has been advertised in other programs Schroeder has created since taking the position of Isla Vista’s community resource deputy in December 2018.

Residents must attend a class, typically taught by Schroeder and members of the UC Santa Barbara Police Department, and perform a number of community service hours. Guest speakers are also invited to talk to residents about the impact their actions have on others.

Starting from the program’s launch on Oct. 4 to Jan. 6, 58 people received citations for one of the three violations listed above. Of the 58 people, 49 signed up to attend the class; 31 have finished the classes but have not yet completed the community service portion, according to Schroeder.

“We saw a huge peak [in attendance] when it first launched, which was right before Halloween,” Schroeder said.

He noted that there was a “significant drop” during UC Santa Barbara’s winter break, a period in which most students leave Isla Vista for the three-week gap between quarters.

In order to be eligible to have a citation waived, residents must register for the program in person at the Isla Vista Foot Patrol and have to complete the classes themselves within 90 days. Schroeder hopes to launch an app in the near future that would allow residents to sign up using their smartphones.

The typical class is two hours long and begins with a brief history of Isla Vista, discussing more “high-profile” incidents that newer students may not know about.

Attendees also are guided through an interactive activity, in which they attempt to solve a community problem. Schroeder and guest speakers also explain why certain policies are in place.

He added that they additionally go into “how people can make safer choices when using alcohol and drugs — not necessarily telling them not to do it, but how to do it safely.”

So far, it has been a “mostly good mix” of UCSB and Santa Barbara City College students attending the classes, Schroeder said.

Three classes have been held so far, and the typical class sees between 15 and 20 people.

Schroeder also noted that citations issued in Isla Vista are down 50% from last year, a fact he attributed in part to Isla Vista outreach programs, such as the Party Registration Program which launched last year.

“We’re not lecturing these people — we really are trying to work with them to make sure crimes are reduced in the future. They’re part of the group solving the solutions,” he noted.

Kudos to Deputy Schroeder. His willingness to work the community is the essence of effective police work.