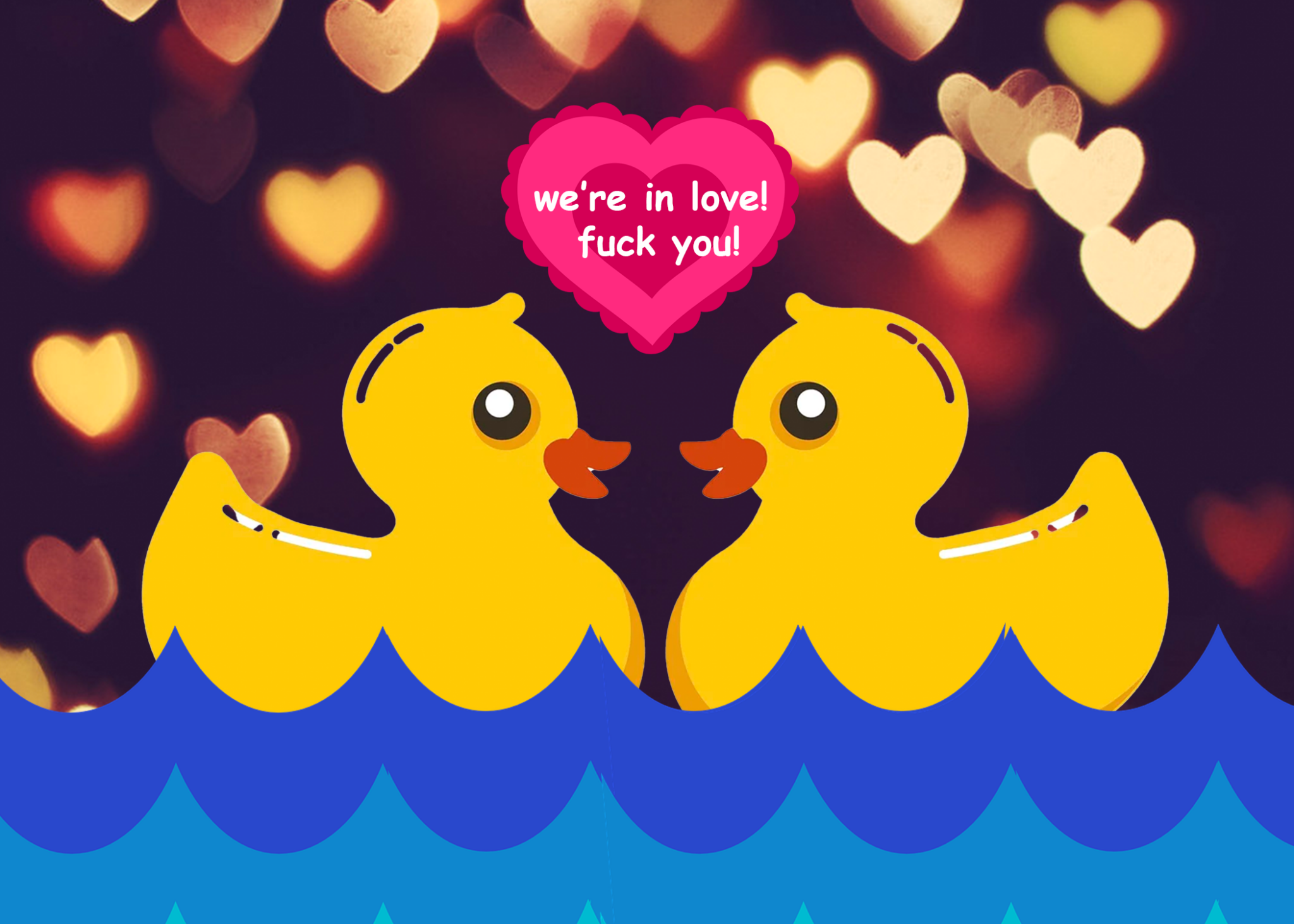 Isla Vista is usually renowned for being a desolate and godless place: empty handles, abandoned scooters, and frat boys plague the streets, leaving no room for joy or leisure in the eyes of unfortunate pedestrians. But rejoice! At last, this wretched town has given us a crumb of wholesomeness. A pair of mallards has been spotted on campus and in IV, delighting those who believe in love and perhaps sparking bitterness in the cold hearts of those who don’t.

“Ducks actually mate for life,” says local ornithologist and loser Al B. Tross. “The duck couple we see here–they’ve said their little duck vows, cut their little duck cake, merged their little duck bank accounts, and now they’re in it till the end.” Allegedly, they had a beautiful spring wedding, which Tross laments that he was not invited to. “I wonder what they’ll do for Valentine’s Day.”

Not everyone shares Tross’s enthusiasm, though. For some, the duck couple serves as a cruel reminder of their own inadequacies. “Ducks only live like 5 years, so really mating for life isn’t even that much of an accomplishment,” says Stacy Finch, with a fowl look on her face. “My parents were together for longer than that. Really not very impressive.”

Whatever your opinion of duck couple, we can certainly expect them to last longer than your first college relationship, which crumbled not unlike the bread pieces kindly onlookers sometimes toss at the birds. And for the Isla Vistan’s whose hearts are broken and quacked–which is most of us, I mean, have you tried the dating pool here?–duck couple is slated to become a popular topic in therapy and possibly even a leverage point in arguments. It’s like, how can these ducks find love and I can’t? What’s wrong with me? Am I really less worthy than a duck? Answer me, Jackson!

Brian Daumaghe deserves a relationship as good as the duck couple’s.