The Daily Nexus
On the Menu
Farmers Market Finds: Camino Real Marketplace
April 21, 2022 at 9:00 am by Yuriko Chavez and Stephanie Gerson

When you enter the Goleta farmers market, a wave of gratitude and joy will rush over you. Amidst the white tents and rows upon rows of colorful vegetables, you can’t help but feel extremely lucky that this open-air market is a regular event in Goleta. Farmers’ markets are extremely important for local farms and the overall community. Consumers are able to form a connection with the people who put in so much time and effort to grow and harvest food, something that you can’t experience at your everyday, conventional grocery store. 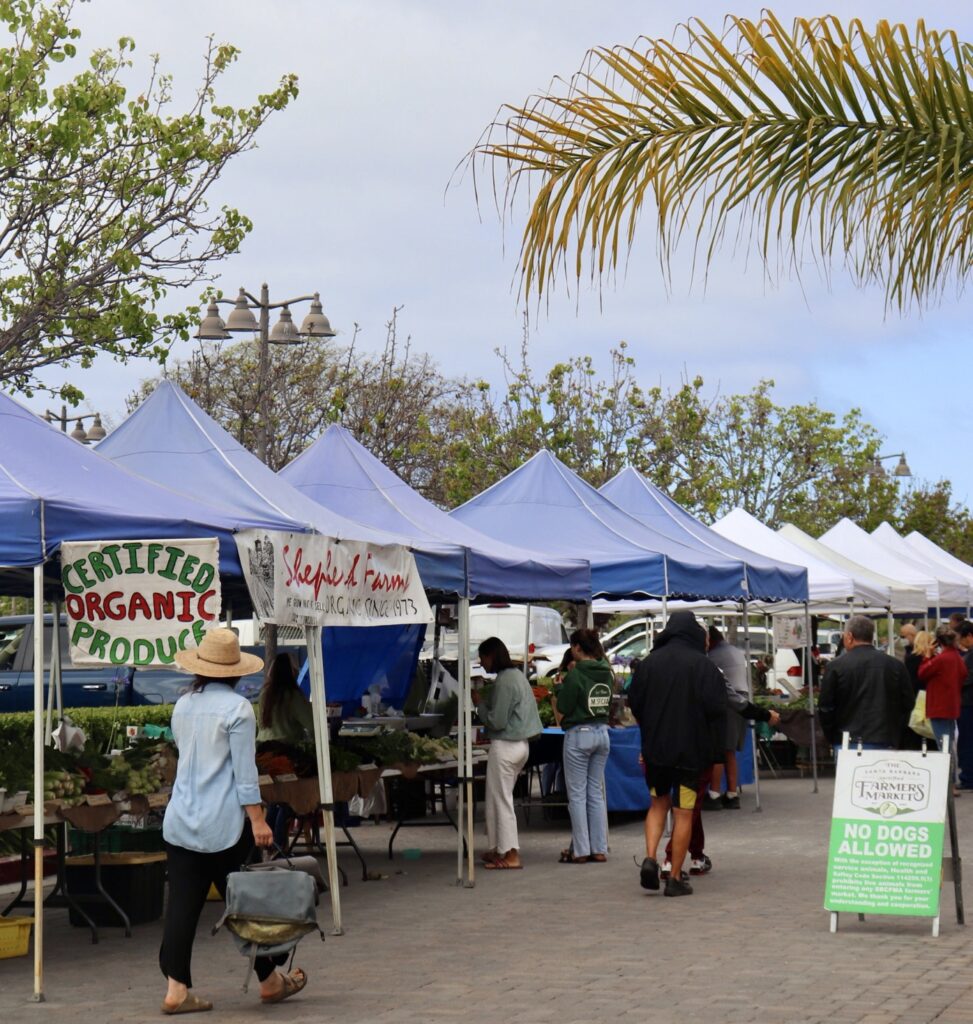 In addition to the community-building aspect, the environmental impacts of farmers’ markets are worth noting. Many fruits and vegetables at the market are packaged without plastic or excessive packaging, almost all food is grown organically without harmful pesticides, and locally sourced produce travels about 27 times less distance than conventionally sourced produce. Overall, farmers’ markets boast a much smaller carbon footprint than commercial markets.

The Goleta farmers market is hosted every Sunday from 10 a.m. to 2 p.m. in the Camino Real Marketplace, just a few minutes away from UC Santa Barbara. Vendors travel from all over Santa Barbara County to sell fresh produce, flowers, baked goods, body products and more. On the Menu Staff Writer Yuriko Chavez and Assistant Editor Stephanie Gerson set out on a Sunday morning to do their regular food shopping and spoke with a few of the lovely vendors who sell at the market regularly. 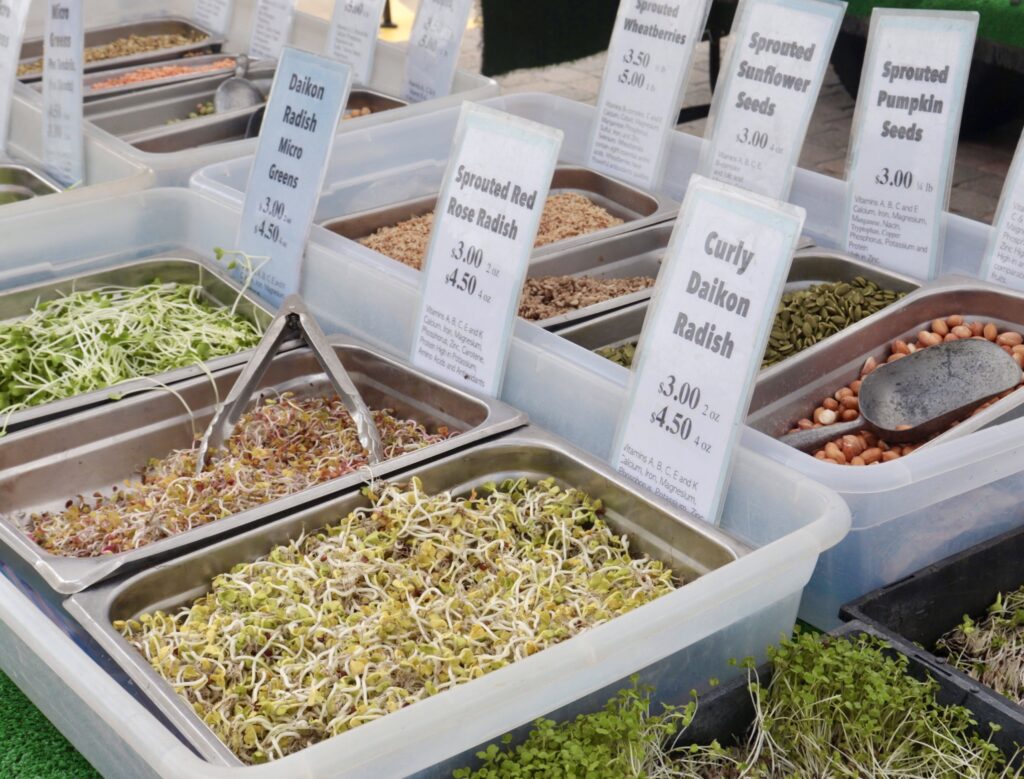 We were drawn to the Ojai Microgreens stand by their table of intriguing beds of wheatgrass and multicolored sprouts. Their microgreens are the perfect addition to brighten up salads, sandwiches and almost any dish. According to their website, Buddy Barnett, their founder, discovered the health benefits of microgreens while struggling with cancer and started growing microgreens himself. We spoke with Mariana, an operator of the stand and someone who has worked with the family’s farm for years. She happily stated, “We love to come and provide the community with some fresh sprouts and microgreens which are also super healthy for you.” Ojai Microgreens have been an active vendor within farmers markets since 1996, and their products are exclusively available through those markets. 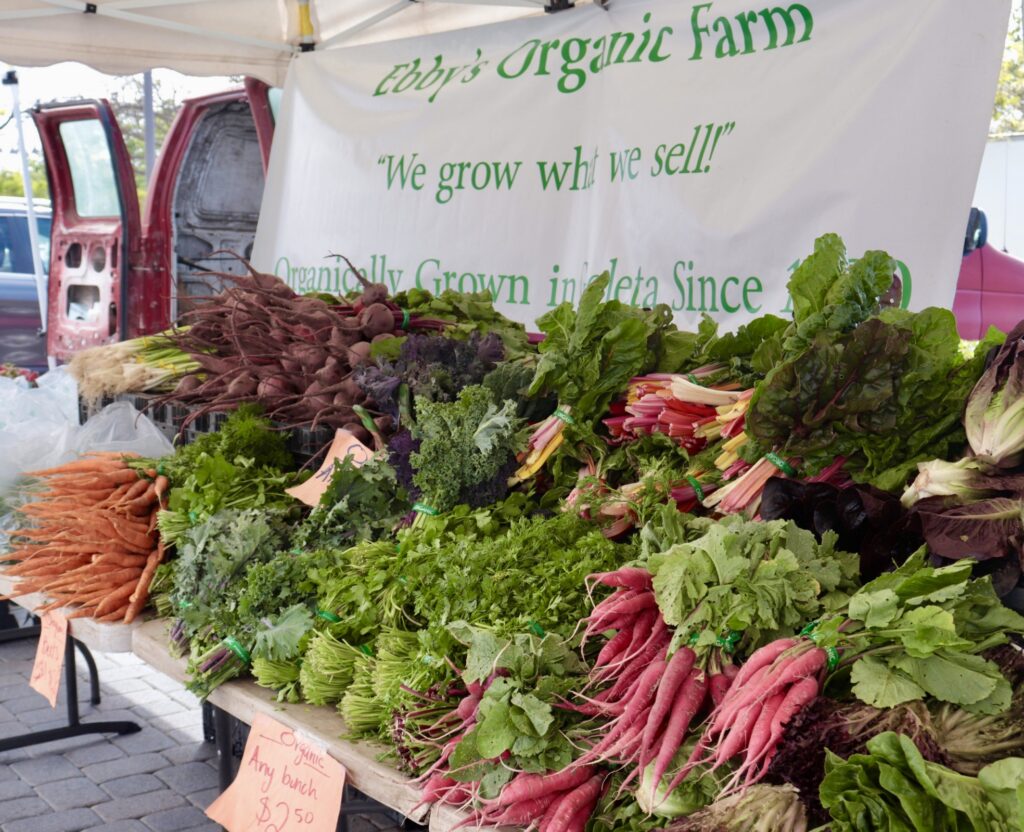 The Ebby’s Organic Farm stand had a colorful array of carrots, root vegetables and over a dozen varieties of lettuce. We interviewed Lorena Iniguez, who runs the farm with her husband, Mike Iniguez. They’ve been managing their organic farm for over 40 years, and their 11-acre farm is located in Goleta. Iniguez emphasized the struggles of running a farm, especially in the dry Santa Barbara area. Most people are unaware that smaller farms don’t own their own land and they “face a lot of challenges like water lending” from the county. Despite these hardships, Ebby’s Organic Farm has since been thriving at the farmers’ markets for 15 years. Farmers’ market vending meant that the Iniguez family could “grow more variety” and a smaller quantity of crops in order to adjust to the farmers’ market crowd that is looking for a diverse selection of produce.

Spread out among the tables are a wide variety of vibrant produce, such as numerous types of leafy greens and bright red beets. Running the stand is a family of three, who collaborate smoothly together while numerous customers gather to their stand. We interviewed the daughter of the couple, Kimberly Iniguez, who has been working at farmers’ markets for over 20 years. She shares that her dad began working for their partner in Shepard Farms for over 30 years and then about 10 years ago, her dad became a partner himself, so they’ve become increasingly more involved in the community. She smiles brightly as she raves about her mom’s salsa which will be available in the summer: “Make sure you come back in the summertime!” 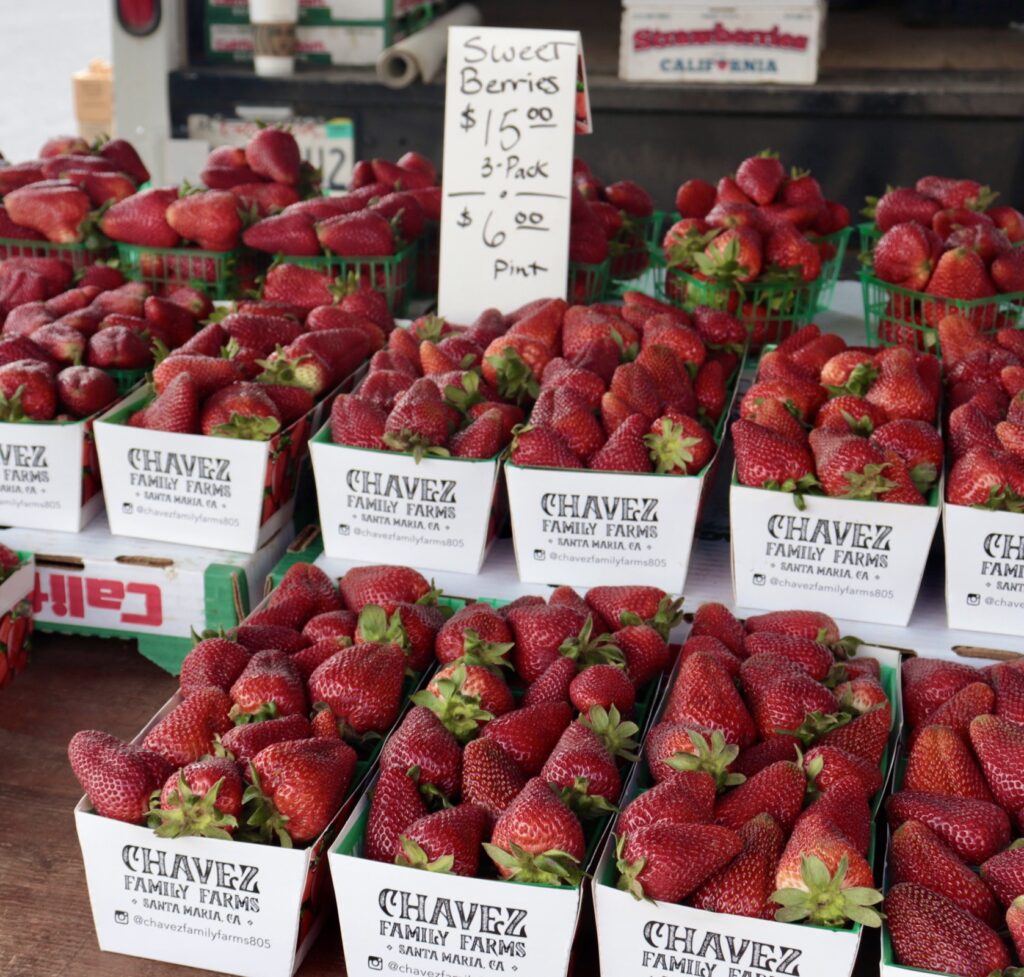 Even from a distance, you can smell the sweet scent of Chavez Family Farms’ berries. They have an abundance of strawberries, blueberries, broccoli, spinach, cilantro and more. We spoke with Aldo Chavez, whose father began his business farming in Santa Maria, California in 1988. Though they have a large assortment of vegetables, Chavez said that their “main thing is mostly strawberries, blueberries, raspberries [and] blackberries.” Their family farm will also be generational, as Chavez shared, “After I finished school, I decided to go and help them and get more involved in the business. So for the last five years, I’ve been a lot more invested in it.”

Vendors that were not present at the market on Sunday, April 17 that we also love include Burkdoll Farms and Baba Small Batch Hummus. Burkdoll Farm mainly sells fruit varieties. They also make delicious homemade jam in flavors such as Peach Raspberry. Baba Small Batch Hummus sells a variety of dips and pita crackers with flavor combinations you may have never seen before. Their dill and mint hummus is quite phenomenal. Hopefully these two vendors return to Goleta next weekend.

The Goleta farmers market prides itself with unbeatable prices, high-quality produce and the most welcoming vendors. There truly is something for everyone whether you’re into rare mushroom varieties, freshly baked bread, lush lettuce or juicy strawberries. While the Goleta market is held on Sundays, the Santa Barbara Certified Farmers’ Market Association hosts five other markets in Santa Barbara County throughout the week. Grab your reusable bags and go support your local farms!