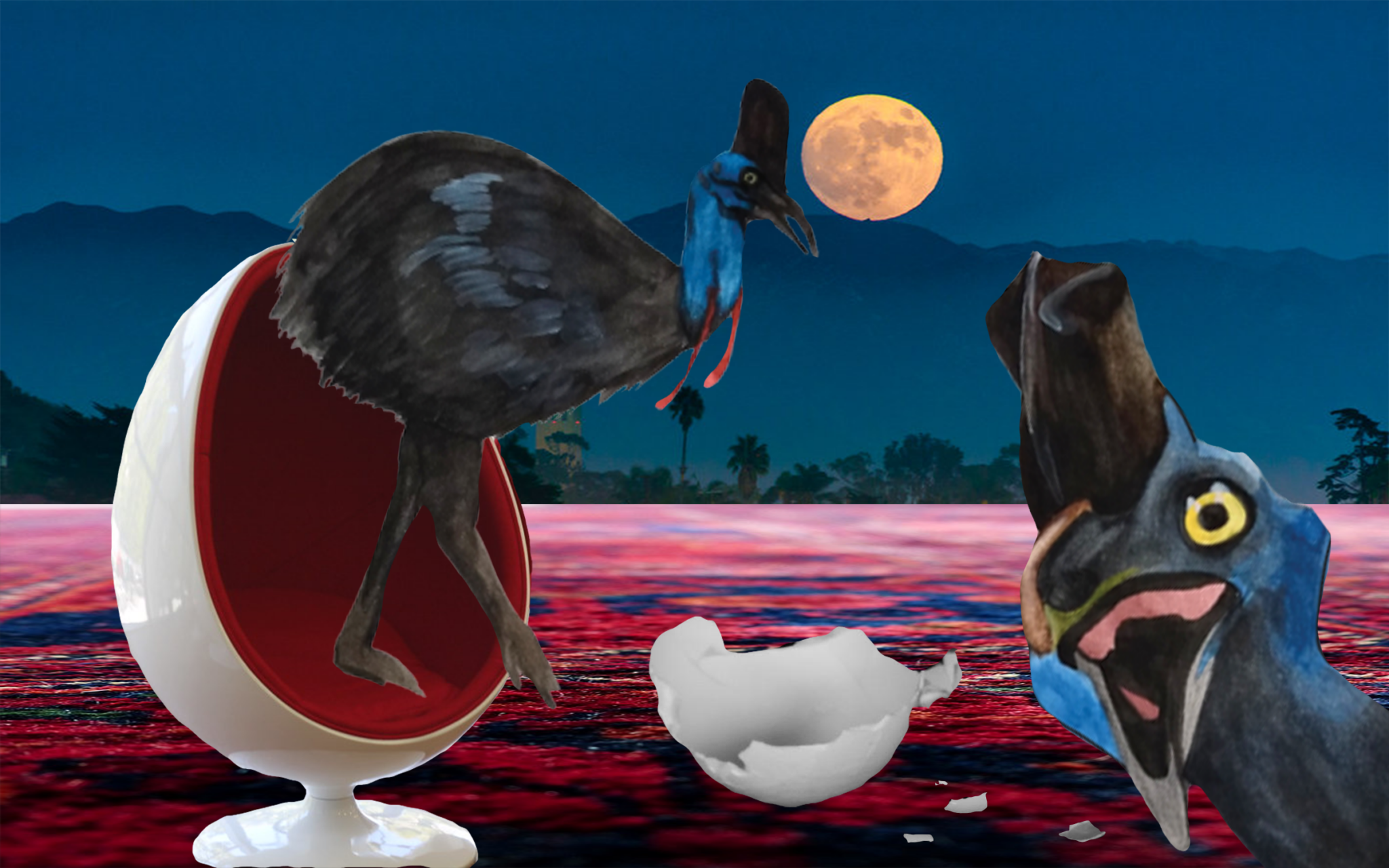 BREAKING NEWS — In the early hours of Monday morning, UC Santa Barbara student Gahm Mate finally secured a spot in one of the highly sought-after egg chairs nesting on the first floor of the UCSB Library. After patiently staking out the chair and keeping one eyeball peeled in its direction at all times, Gahm Mate at last settled into the warm, dark matter of the inside of the egg chair and resumed his place in his little science book, expecting to maybe finish his reading in time for his nineteenth consecutive midterm whilst three weeks into the quarter. Five hours later, however, Mate was found by library workers covered in a strange plasma, surrounded by broken pieces of egg chair shell and a rancid stench. Dazed and confused, Mate spoke only in tongues for 22 minutes until he was doused with a gallon of whole milk someone bought from 7-Eleven. Brains everywhere were scrambled. Only then did the question arise — what the fuck hatches out of an egg chair?

On the scene of The Hatching, bystanders have provided Nexustentialism reporters with mixed descriptions of the Chair-born: In the misty fog of the early morning, they saw a 12-foot-tall creature that walked on its hind legs, resembling an ostrich capable of flight with the confidence of a male peacock and exuding an aura of Keanu Reeves. The Chair-born then let out a roar similar to that of a mountain goat and galloped into the hills. No one was close enough to get any kind of general vibe from the Chair-born, which has led to many unanswered questions for scientists and groupies alike.

Researchers everywhere are flabbergasted about The Hatching. Ongoing theories include that the heat of the combined political and international climates created perfect conditions for fermentation of the egg chair, which led to something having to crack. For students who don’t quite know what to do with this unprecedented event, Campus Resources now includes organized worship ranging from Wattpad writers to Satanic worshippers who have taken an interest in the Chair-born and see its presence as more of a deviled egg. New egg chair classes are also being taught in both research science and religious studies departments.

Kathleen Santacruz is gonna lay off eggs for a while.