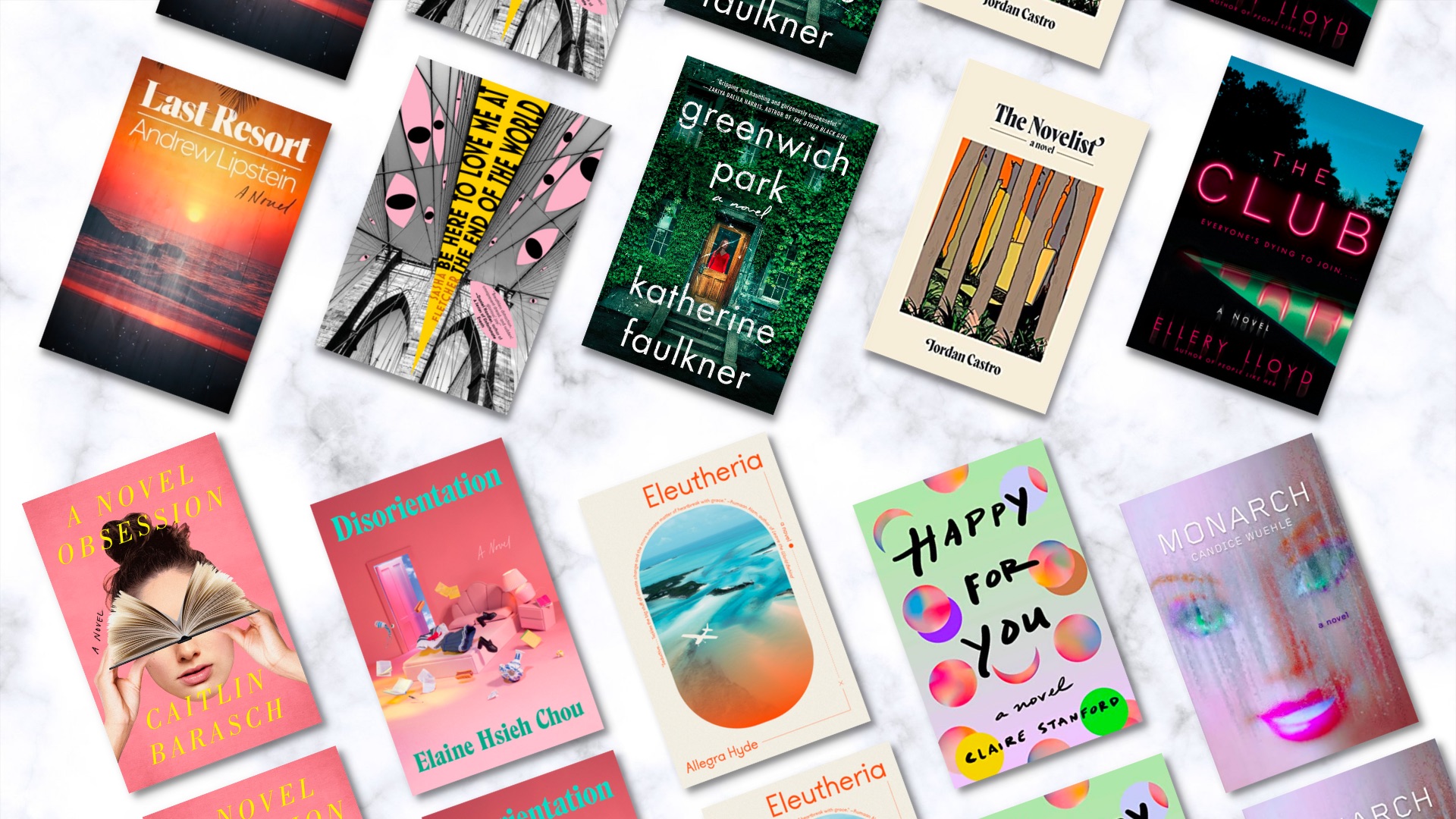 The past year, 2021, was a great one for debut novels, but 2022 is just gearing up with a new literary slate of books. Here, we recommend 12 zany, interesting and thought-provoking books to add to your Goodreads list straightaway. 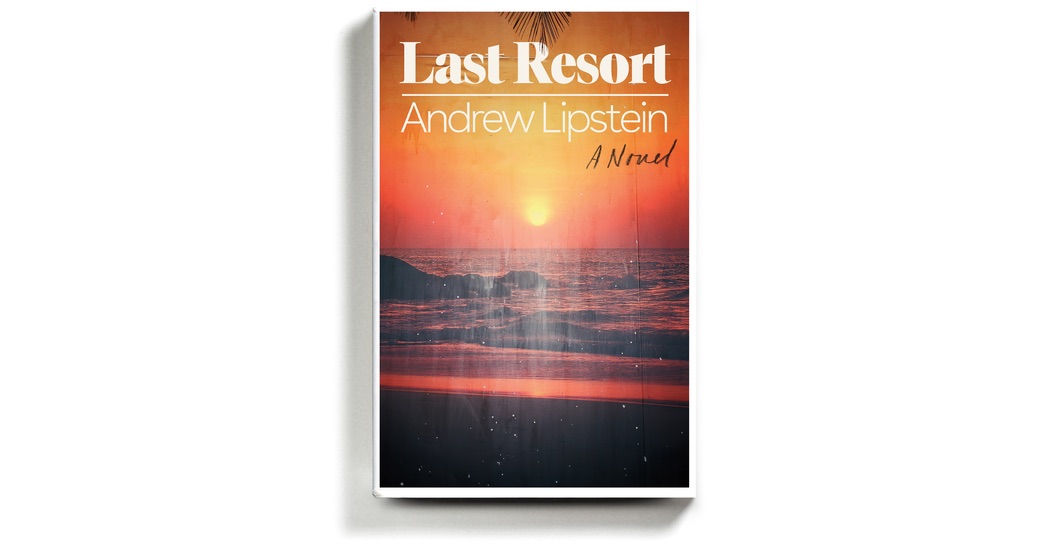 Founder of digital bookstore 0s&1s Andrew Lipstein’s debut novel posits a 27-year-old writer, Caleb Horowitz, whose new book gets in the hands of a college rival who has bad intentions for its future, including literary theft à la “The Plot.” This fast-paced novel about fame, fortune and a meta-analysis about art itself arrives shortly before Lipstein’s second book in spring 2023 — an indicator of future promise.

London-based journalist Katherine Faulkner was inspired to write her debut novel while taking classes on childbirth, experiencing sudden intimacy with total strangers. The narrator, Helen, meets a fellow mom-to-be, Rachel, at one of the National Childbirth Trust classes and is intrigued by her flippant nature; she smokes, drinks and seems to not be that interested in motherhood. However, it becomes clear that the two women are linked based on a secret history, and Rachel threatens to upend Helen’s perfect life in this new thriller for fans of “Little Fires Everywhere.”

“Be Here to Love Me at the End of the World” by Sasha Fletcher (Feb. 8, Melville House Publishing) 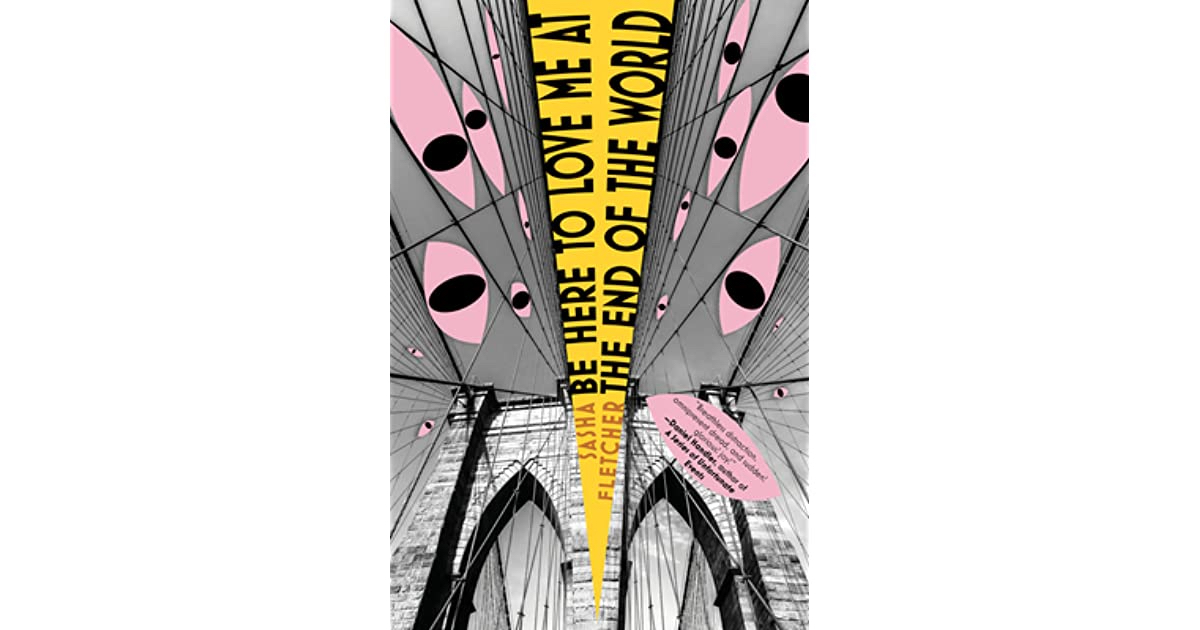 This novel, similarly set in New York City, is described as a “love story set in a bad dream about America,” from the poetry writer Sasha Fletcher. In an exaggerated world seemingly all too familiar, Sam and Eleanor share a barely affordable apartment while a president makes wild doom-laden threats and announcements. How do you remain in love while living in a world that’s falling apart? This book wants to find the answer.

Ellery Lloyd, the pseudonym of husband-and-wife duo Collette Lyons and Paul Vlitos, already captivated audiences last year with their mommy-blogger thriller “People Like Her” and are back with a sinister murder mystery set in an exclusive celebrity club with influential members. Accredited with filling the hole that “The White Lotus” left, “The Club” describes a luxurious home-away-from-home retreat for the rich and famous, but their world will be upended as tempers flare and friendships break. 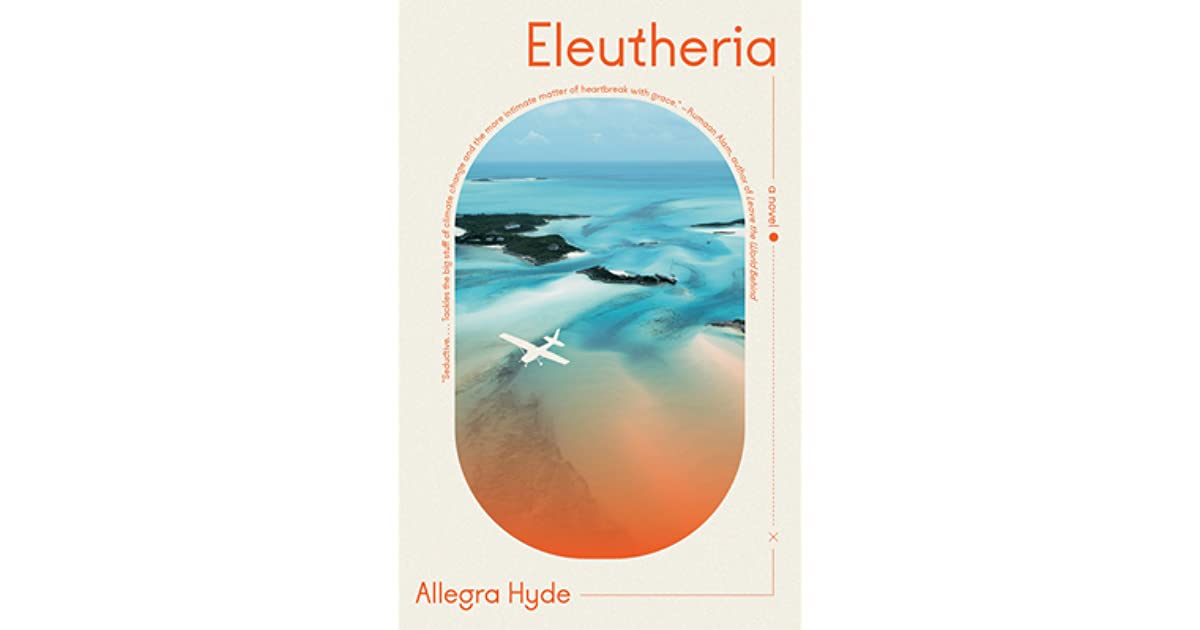 Prolific writer Allegra Hyde (featured in The Pushcart Prize, Best of the Net and The Best Small Fictions) debuts with “Eleutheria,” a climate change-based story where Willa Marks is betrayed by a hopeful Harvard professor. She then finds a guide to fighting climate in the professor’s library, prompting her to fly to the Bahamas to meet its author and his band of “ecowarriors.” However, things go awry, and Willa finds herself as a part of the group who will stop at nothing to see their mission to fruition.

This sci-fi debut by Candice Wuehle features a teen beauty queen, Jessica Clink, who discovers that she’s a sleeper agent in a secret government program (“Project MKUltra”). Her father Dr. Clink, a professor of Boredom Studies, helps her through the process, though Jessica ultimately aims to take down the program and those that enlisted her. Inspired by iconic ‘90s true crime stories (think JonBenét Ramsey), this zany debut seeks to explore self-concept, human consciousness and the cultural fixation with dead girls. 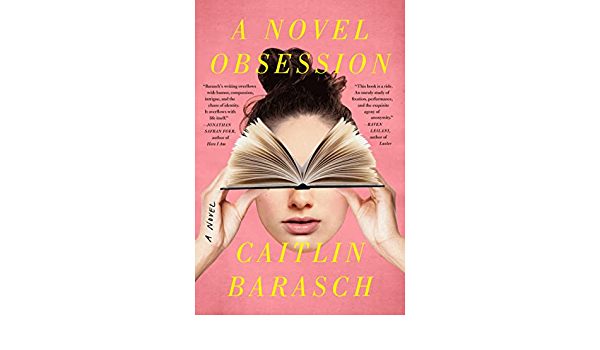 This debut follows bookseller Naomi Ackerman, who struggles to find a perfect story to fit the novel she wants to write. She finds love interest Caleb on Tinder but even more intriguing to her is Rosemary, his ex-girlfriend. Naomi’s “casual Instagram stalking morphs into a full-blown friendship under false pretenses,” similar to the parasocial relationships in “A Touch of Jen.” Naomi then proceeds to risk it all in pursuit of the story she can’t let go of in this fixation-based psychological thriller.

Doctoral student Ingrid Yang can’t wait to finish her dissertation that’s four years in the making, but she stumbles upon a note left in a research book, setting her and a friend on a “rollercoaster of mishaps and misadventures.” After coming to consciousness during her journey, she’s forced to reckon with her Taiwanese identity in academia as the biting novel takes on ideas like white supremacy with satirical wit.

“Happy for You” by Claire Stanford (April 19, Viking Books) 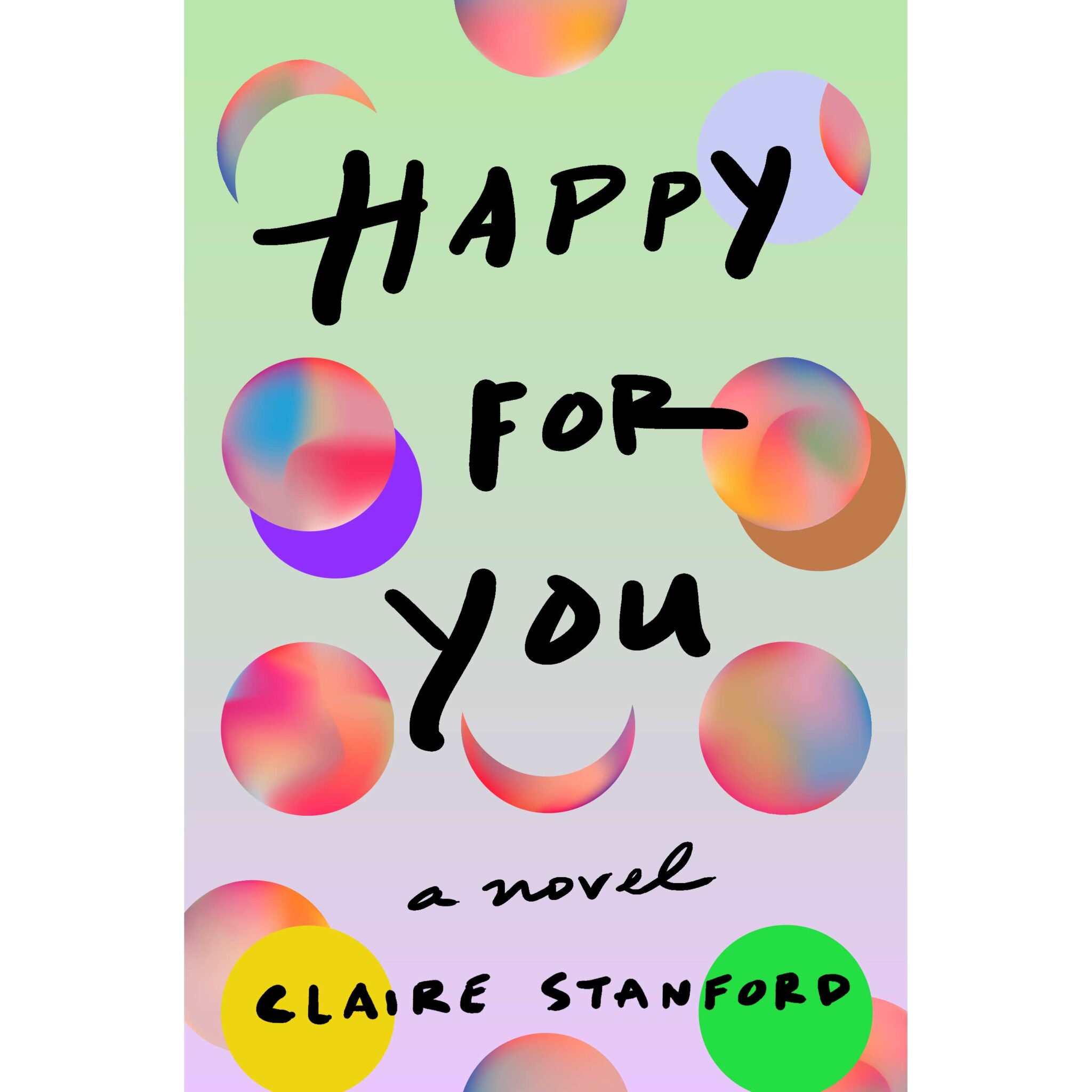 Disillusioned with the optimization, norm-enforcing apps and algorithms that pervade society today, philosophy student Evelyn Kominsky Kumamoto accepts a job as a software developer making an app that allows users to quantify their happiness. This near-future debut for fans of “The Very Nice Box” and “Tell the Machine Goodnight” combines the modern workplace culture with philosophical ideas and speaks to the ennui of invasive technological innovation.

In this autofiction book, a writer attempting to try his hand at a novel is distracted by the mundanities of everyday life. For those who can recognize the talents demonstrated in “plotless” books who sidestep action in favor of character studies, “The Novelist” might be for you. We gain a greater insight into the mind of a person as the narrator explores nihilism and materialism, all with the materials and posts observed in just one morning.

“Who Is Wellness For?: An Examination of Wellness Culture and Who It Leaves Behind” by Fariha Róisín (June 14, Harper Wave) 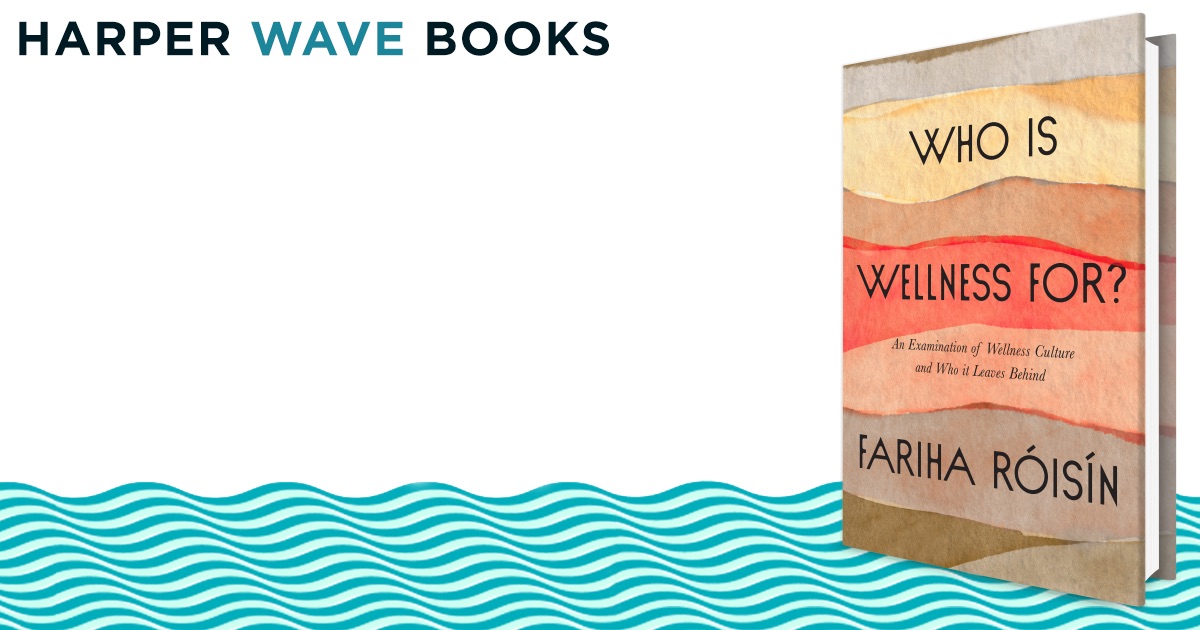 Interdisciplinary writer and author of “Like a Bird” returns with her first nonfiction book, dismantling the misguided fantasy beauty brands want you to buy into — purchase this product, you’ll be happy/skinny/beautiful in no time! Part memoir, part investigative journalism, Fariha combines her own experience while revealing the wellness industry’s flaws, challenging the imbalance disregarded when we talk about self-care.

Journalist Sarah Vaughan’s fifth novel explores a politician’s marriage, her daughter and how quickly one crack can break a whole façade. Her daughter, Flora, experiences bullying in school, so Emma lobbies for a new law that protects women from abuse. Things take a turn when a dead body shows up in Emma’s home, threatening to destroy her reputation. This twisty book sees Emma frantically working to protect her family and life: “It isn’t who you are that matters… it’s who people think you are.”

Correction [01/31/2022, 6:34 p.m.]: A previous version of this article stated that the publishing date of “Monarch” is March. 15, which was correct at the time of publication. This article has been updated to reflect the new publishing date of March 22, following the book publisher’s recent announcement.