Need a quick Christmas present for the avid reader in your life or just looking for something to keep you occupied during the upcoming winter break? Artsweek talked to three authors about their novels, and the menu this time includes a satire about office drama, a drama about a trauma-induced doll and dramatic actors filming a movie in the Caribbean. 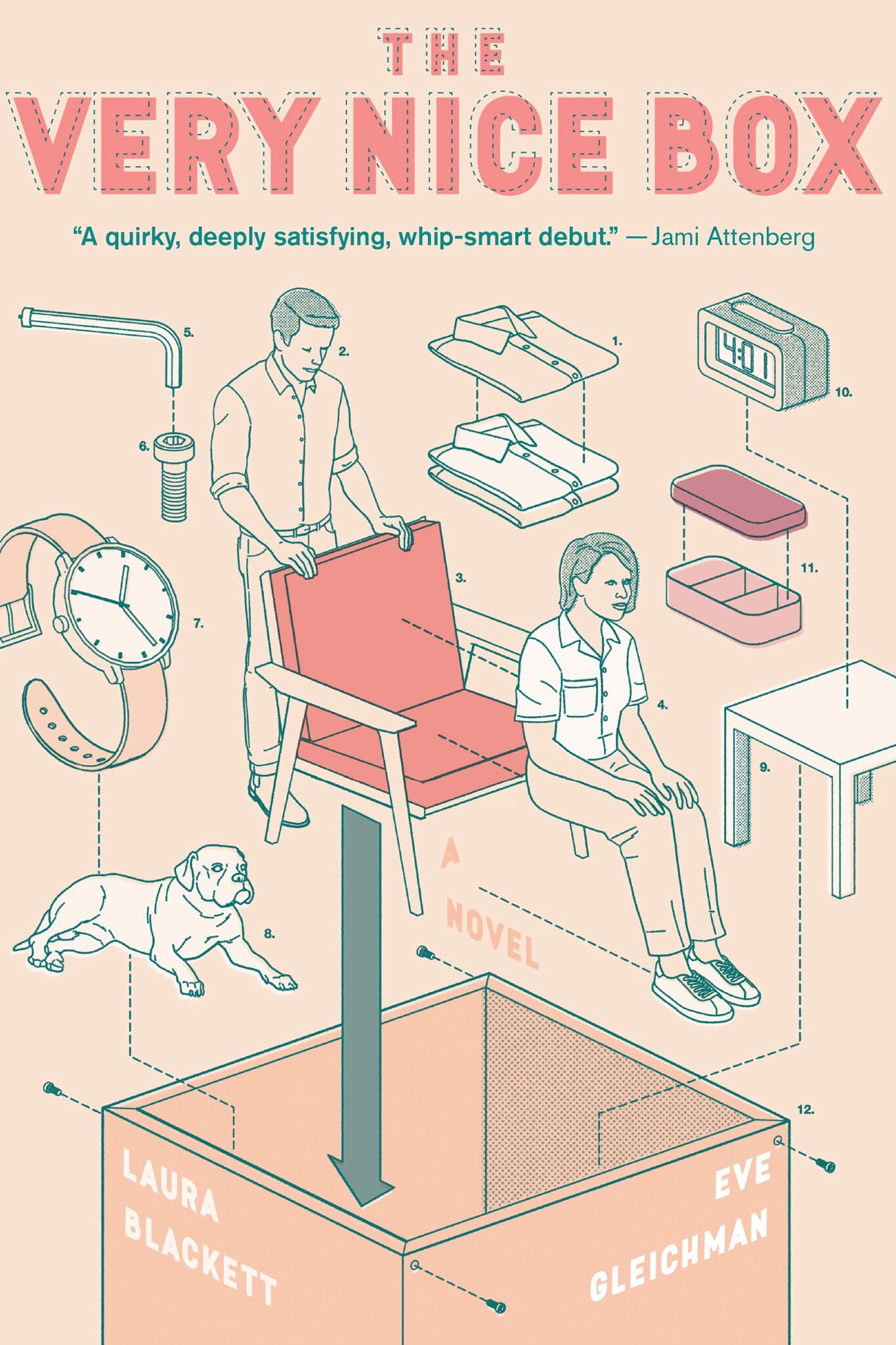 Ava Simon, the protagonist of “The Very Nice Box,” is 100% Type A. She breaks time up into 30-minute “units,” frustrated when her curated schedule is altered. When startled by her company’s new CEO, Mat Putnam, she thinks: “Inbox zero. Tightening a bolt. Folding a shirt. Sweeping a floor. Tracing a circle.” The book says, “These were the things that soothed her.”

Ava is a designer for a furniture company called STÄDA, a parody of Swedish furniture conglomerate IKEA, where her pride and joy is The Very Nice Box. It’s her new product coming out, and though she specializes in boxes (including the “Genuine Storage Box,” the “Purposeful Loose Ends Box” and the “Memorable Archives Box”) she’s nonetheless stressed about the release, exacerbated by the switch of CEOs. Mat takes a liking to Ava, and their relationship develops over the course of the book. They enjoy the same podcast, “Thirty-Minute Machine,” and bond over their dogs, but Mat’s involvement in Ava’s life as a boss and boyfriend digs deeper as time goes on.

The book is dotted with references to the quirky STÄDA products Ava fills her home with. We see her sleep on her “Principled Bed,” tuck her dog, Brutus, into his “Dreamy Dog Bed,” eat on “Simple Dinner Plates” and work at her “Encouraging Desk Chair.” The book leans heavily into corporate culture and the somewhat absurdity it comes with. STÄDA employees take a personality test to see which color they most relate to; afterwards they wear their signature color, proud of the traits they’re assigned to, not unlike astrology. STÄDA employees get access to “SHRNK,” a mental health app with a personalized therapist, and the company announces the new “Gay Tree,” the design of which Ava deems terrible. Meant to be accommodating to queer employees, “the only thing it did was provide an aesthetically offensive distraction from her work.” On the inspiration for the company, Eve Gleichman and Laura Blackett said, “Aside from the outlandish tech offices that we’ve all heard about, one big source of influence was the subway ads we’d stare at during our commutes to work.”

Writing the book as a duo was easy, they said. “We met as neighbors in Brooklyn in 2013, and we became fast friends. We collaborated on everything; dinners, carpentry projects, difficult texts to send to our landlords. At a certain point it occurred to us: Why not also collaborate on a novel?” According to them, partnering on the book flowed well. “We passed chapters back and forth, never totally sure where they would lead. Eighteen months later, we had a book.” The novel is funny, interesting and a must-read for a clever take on office romances. 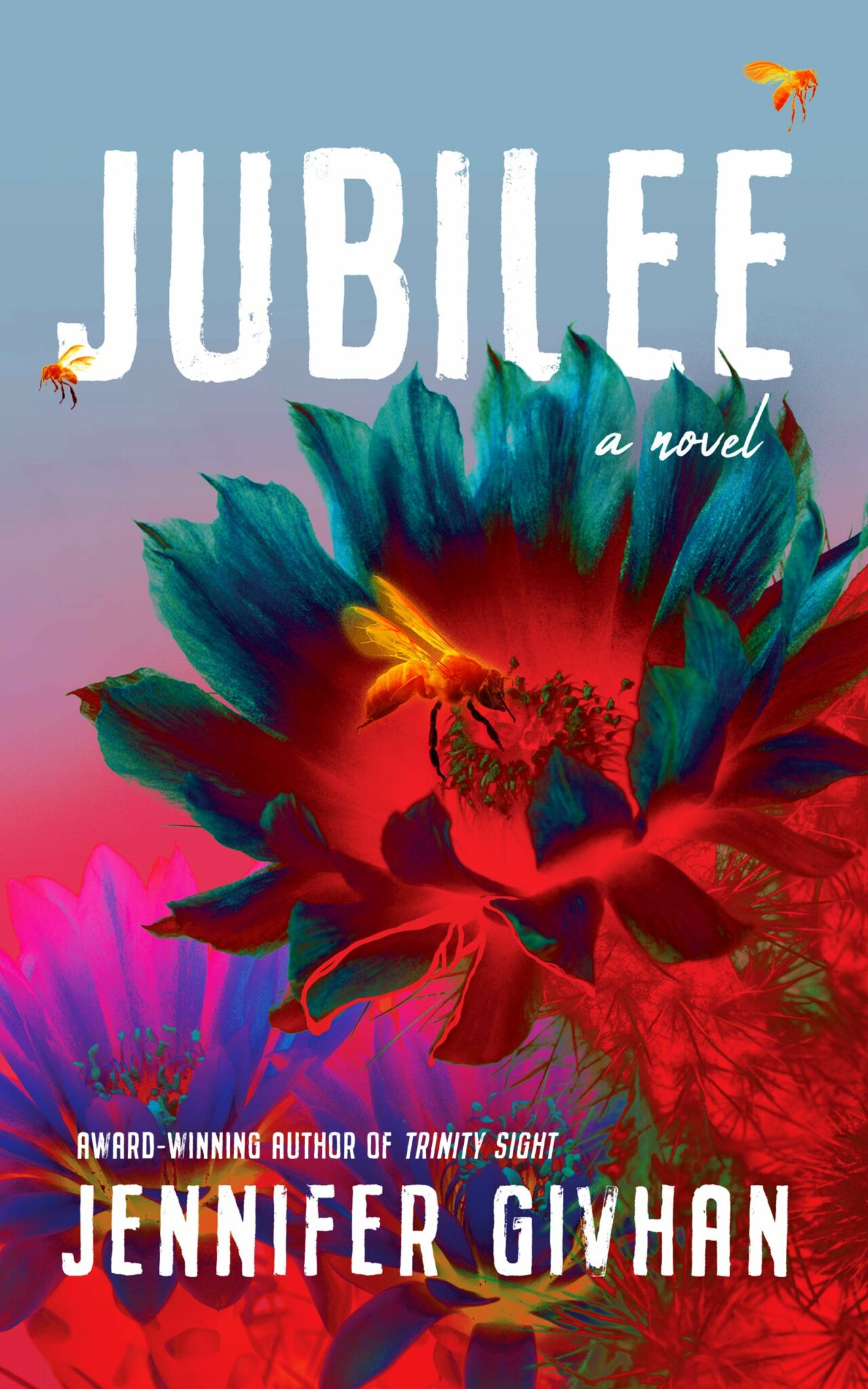 Jennifer Givhan’s book tells the story of Bianca, a lovely and sensitive girl, inspired by Givhan’s own upbringing in Mexicali. Bianca has two goals in life — to be a mother and a writer — but a dramatic flashback at the beginning shows that not everything is as it seems. Bianca is attached to a doll named Jubilee that she believes is her actual child due to a traumatic incident. Bianca is burned by a toxic relationship with her ex-boyfriend Gabe, whom Bianca’s family had apprehensions about. New boyfriend Josh enters her life via one of her writing classes and is obsessed with Bianca but reproachful about Jubilee, especially when he’s got his own son to take care of. Jubilee brings Bianca comfort but, at the same time, might tear apart one of the best things that she’s been a part of.

“As a survivor of sexual assault, I needed to write a book that grappled with the complexities of trauma and how cultural, religious and familial norms affect healing,” Givhan said of the book’s upbringing. “Jubilee the doll was born while I researched maternal trauma and encountered Reborn dolls used as therapy for women who’d experienced child loss.” It’s a painful process — one that is tough to hear about. So badly needing to be a mother, Jubilee fulfills her wish, at least for the time being. “Bianca’s journey toward self-fulfillment as tangential to her journey toward motherhood is so rife and complex,” Givhan said. “She has to learn to make herself whole, and she does that by becoming a mother, at first figuratively, through Jubilee.”

Givhan’s inspiration for the story was borne out of the cultural stigmas in the Mexican-American community she’d experienced before: “childbearing, abortions, miscarriages and violent relationships with machismo boys and men,” she said. All of it combines and swirls to create a truly complex novel about psychological trauma, motherhood, mental illness, and how to truly know our own places in life. 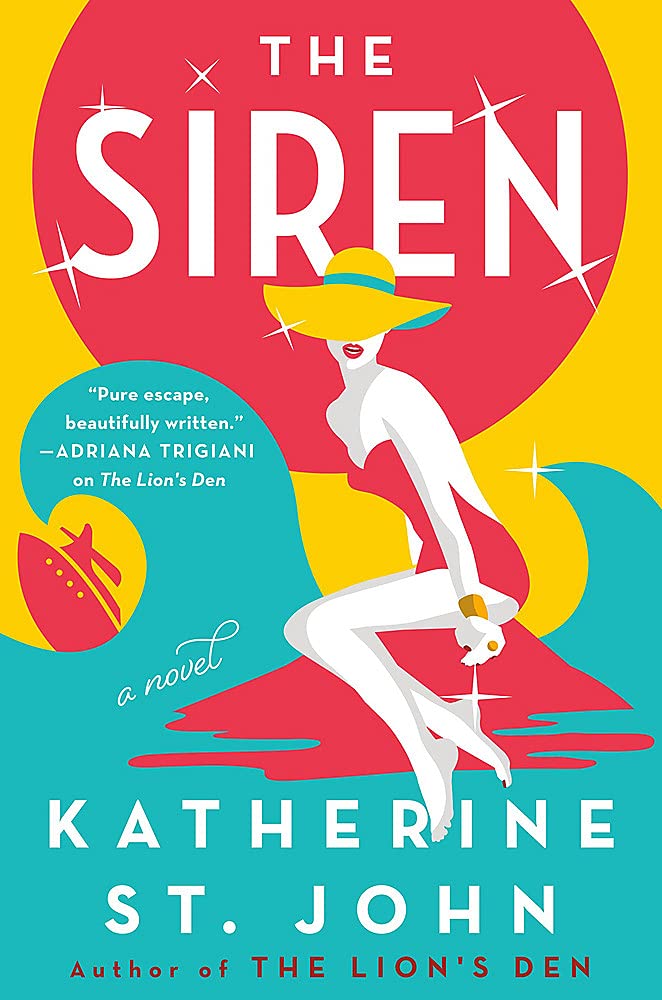 “The Siren” follows three women: Taylor, a film producer recently hired for “The Siren,” a new summer drama movie; Stella, an actress badly burned by the lights of fame, returning again to the screen; and Felicity, Stella’s assistant whose background is vague and whose motives are unclear. The book moves through each of these women’s stories on the Caribbean island set, weaving between different points of view. Taylor just wants everything to go smoothly, Stella is trying to act her best when her ex-husband and superstar Cole Powers is the main name on the cast, and Felicity’s story initially begins as a flashback, with the reader unsure of her thoughts on set at first. She’s supposed to be Stella’s assistant but has taken a liking to Jackson Powers, Cole’s son and director of the film. Her seductive and mysterious nature makes her a possibility for the titular siren — we’re first introduced to her with Taylor’s description: “She was perched on a rock like a siren the first time I saw her, face upturned to the sun, copper sun wet with sea spray.” She even fills in for a different actress, Madison, at a few points, showing others her natural charm while angling for Jackson’s attention. But as it tells the story of her upbringing, we see she’s not there just to be an assistant.

“‘The Siren’ plays with the idea of how we see ourselves versus how others see us and the misconceptions we have about other people,” Katherine St. John said. “As the multiple characters interact with each other, the reader sees each of the women through their own eyes and also through the eyes of the others.”

If you’re looking for a sun-splashed drama to teleport you away from the upcoming winter, “The Siren” is a go-to for thriller lovers and those curious about the harsh nature of fame. “Hollywood is all smoke and mirrors, both on set and off, and this is a theme throughout ‘The Siren,’” St. John said. “Part of the fun of [the book] is peeling back the layers of each of these characters and discovering the secrets that drive them and the lies that tie them together.”

Sam Franzini
Sam Franzini is a fourth year student and a fan of dogs, music, tennis, stationery, and Survivor. He grew up in Florida and all of the stories about it are true.
1 Comment
Inline Feedbacks
View all comments

Another winner from Sam Franzini!