2021 presented itself as another year of constantly rotating viral food trends. Many of these trendy recipes enjoyed a few weeks in the spotlight while others are still wildly popular. Let’s take a trip down memory lane and relive some of the internet’s favorite foods of this year. Have some of these trends become staples in our diets or are they just fads?

Baked feta pasta took the internet by storm in the early days of 2021. It’s essentially a one-pan meal that’s creamy and packed with flavor. I was a little late to the trend and made my first baked feta dish over the summer, but I was pretty impressed! It has definitely become a comfort meal of mine. I noticed that the recipe’s popularity led to an increase in non-dairy feta cheese options in grocery stores, including Trader Joe’s. However, I think this trend won’t carry on into 2022. For an in-depth review of the viral recipe, read this article by Daily Nexus writers Nicole Wakeland and Sarah Ismaili. 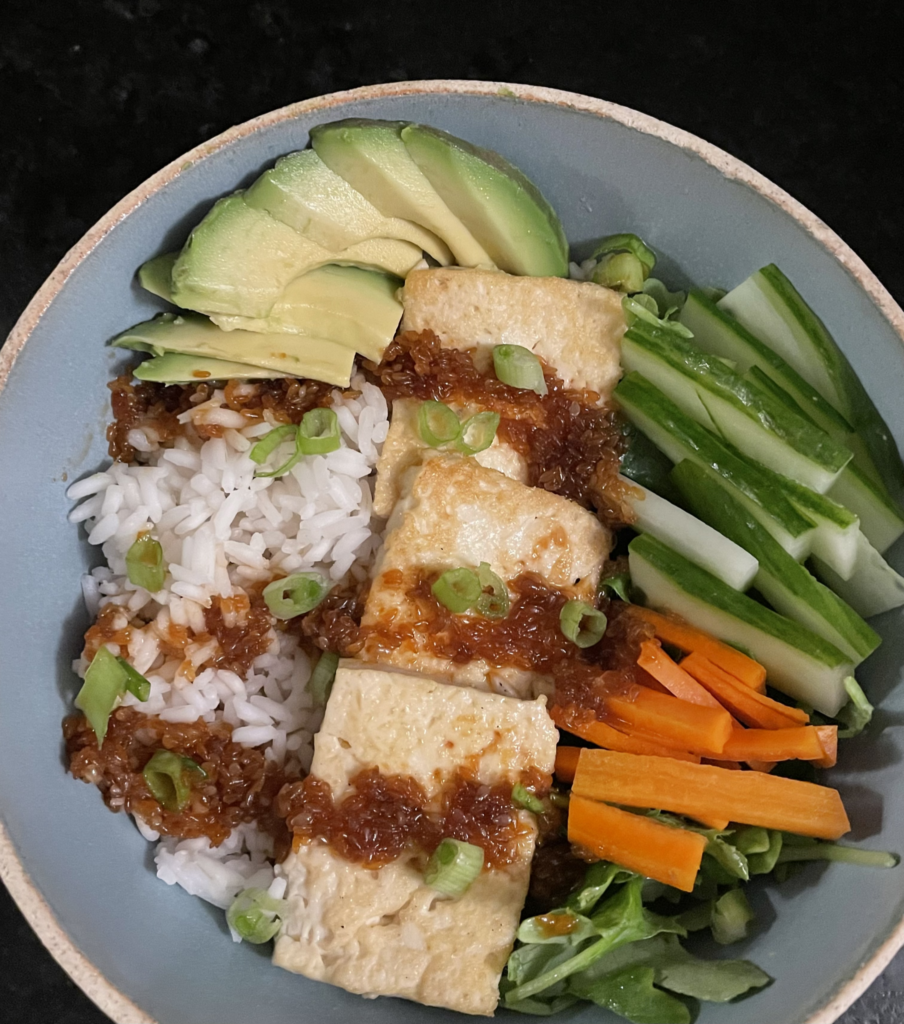 Emily Mariko (@emilymariko) charmed TikTok with her aesthetically pleasing grocery hauls and soothing cooking videos filmed in a beautiful kitchen. In September, Emily shared her salmon rice recipe consisting of mashed salmon, white rice, kewpie mayo, soy sauce, sriracha, avocado, kimchi, and nori sheets. I attempted to make my own vegan version using tofu as a salmon substitute. While the recipe is definitely delicious, I don’t see a resurgence of this meal happening in 2022.

During the early stages of the pandemic, many stockpiled on food in fear of shortages due to supply chain interruptions. Additionally, excessive trips to the grocery store were discouraged. In an effort to pick up a new hobby and preserve fresh food for as long as possible, every home cook started pickling and canning their vegetables. OTM writer Laura Tucker took a stab at the decades-old preservation method in her raw cider pickles article. I pickled carrots for the first time this year and I can’t wait to pickle more things next year!

I have to admit, I never attempted to make baked oats. I really love the concept and I think the cake-like texture won over a lot of oatmeal haters. The one downside to this trend is that, unlike instant oats, your breakfast takes 25 minutes to cook. I’m predicting that oat muffins, that can be made in batches and prepped ahead of time, will be more popular in the new year. 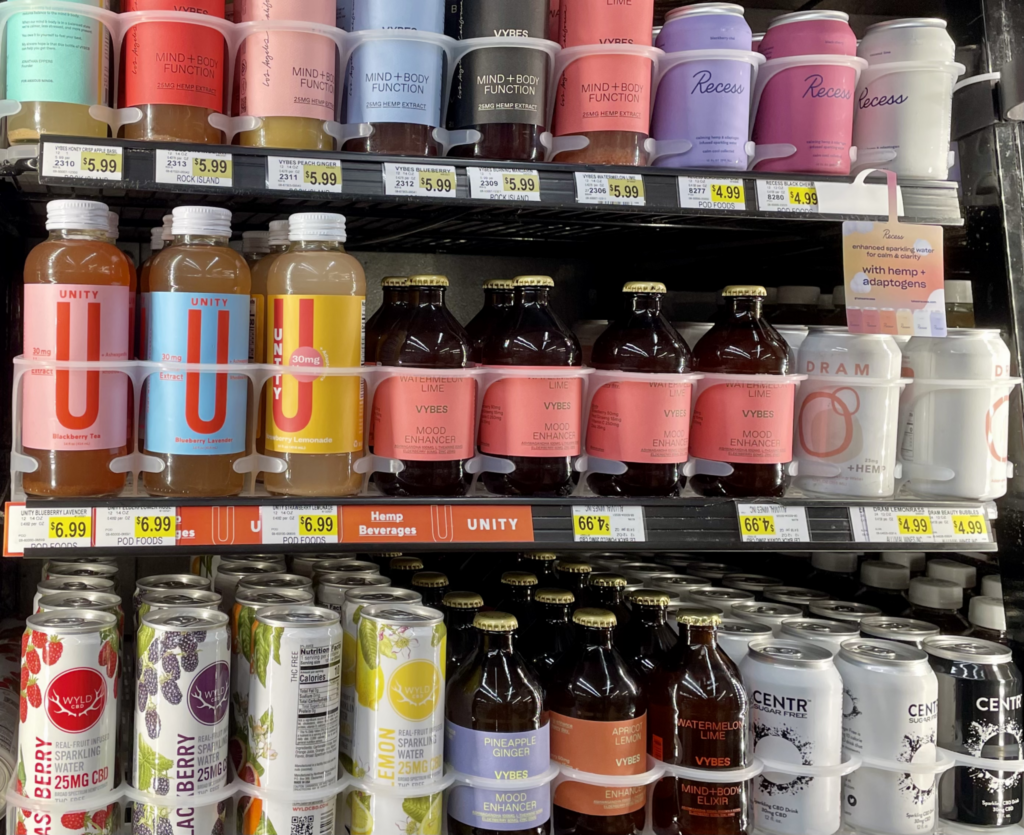 Many drinks marketed to calm people down during a stressful time became widely available this year. We saw ingredients such as CBD and adaptogenic mushrooms hit the shelves in drinks by brands including Recess and Centr. Lured by the drinks’ claims to increase focus and relaxation, I tried a variety of wellness beverages and saw no change in my mood or productivity. While I like the concept, I think high-stress individuals might look elsewhere for relief. 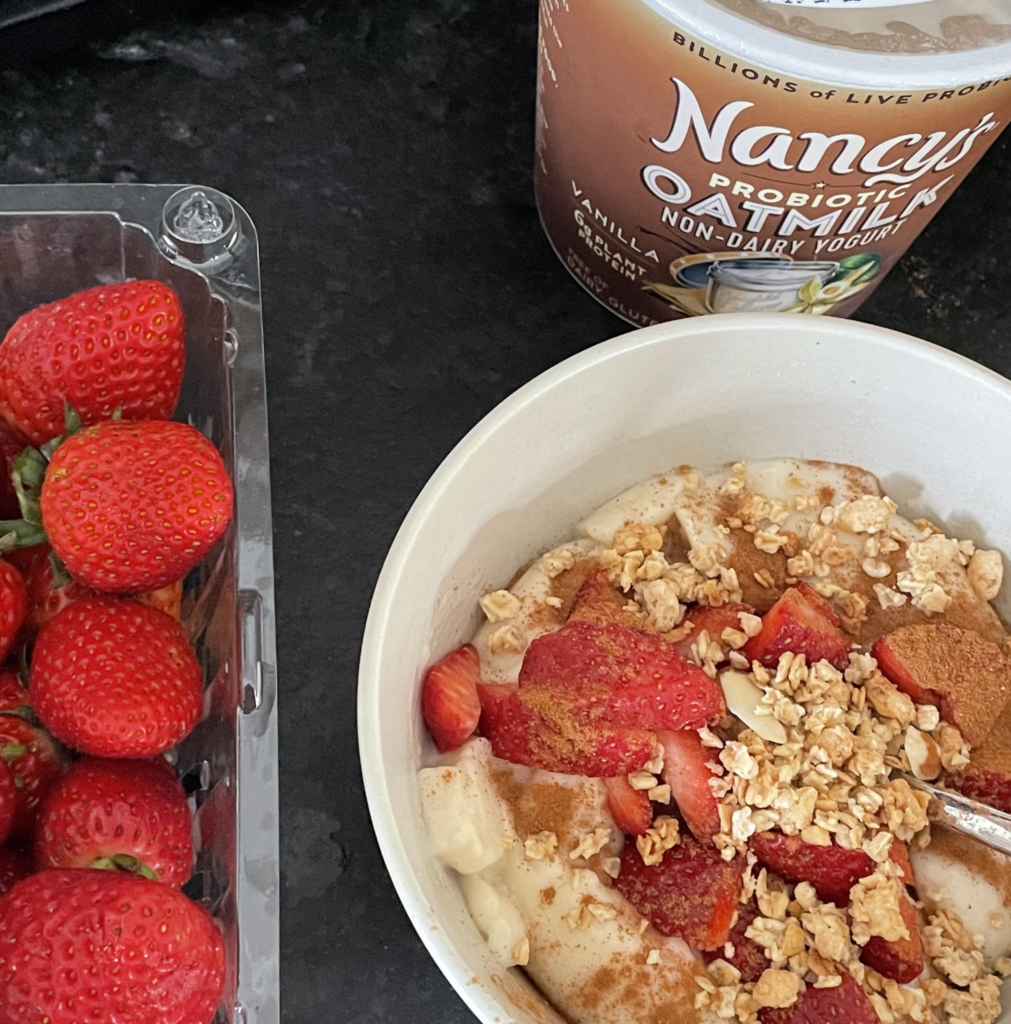 As a plant-based eater, I was pleasantly surprised that more restaurants and grocery stores increased the number of meat-free options. One of my favorite new vegan products of 2021 was Nancy’s oat milk yogurt. Almost every restaurant now has an Impossible burger on the menu or a vegetarian option that isn’t cheese pizza. Looking forward, it’s likely that plant-based diets will be more focused on whole foods rather than meat and dairy substitutes with questionable ingredients.

We never know what the next food trend will be, but you can count on the On the Menu writers to review the latest viral dishes. To stay up to date on what’s happening in the culinary world, visit The Beet. Wishing you a fantastic New Year!

Stephanie Gerson
Stephanie Gerson is a second-year student studying Art History at UCSB. She is from Palo Alto, California and she is passionate about sustainability, fashion, photography and vegan cooking.
0 Comments
Inline Feedbacks
View all comments