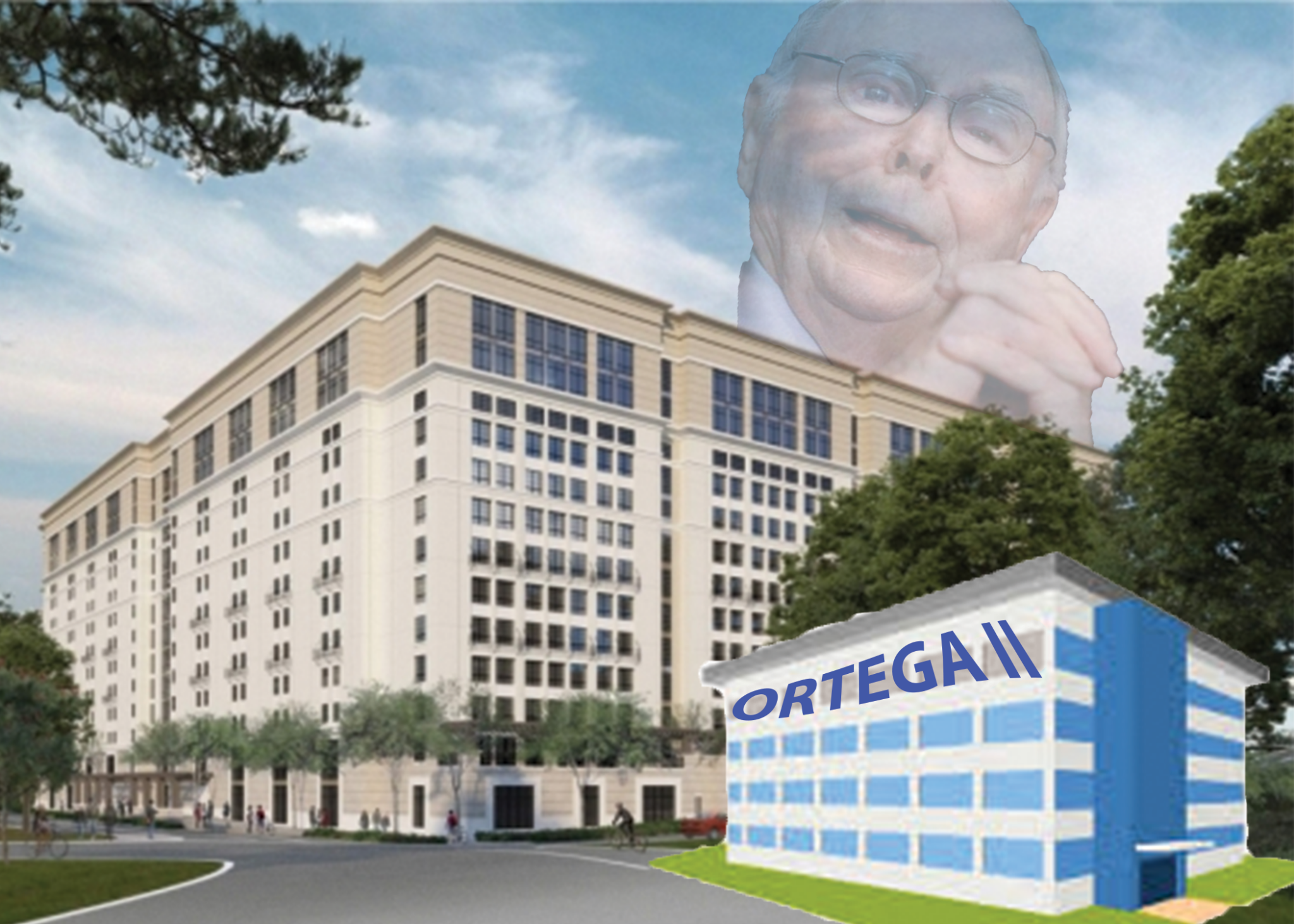 UC SANTA BARBARA—In a press release, Charles T. Munger, First of His Name, Sponsor of the Building, Grand Residence-Hall Dictator for All Eternity, proclaimed that He had listened carefully to student feedback and devised a solution for students’ primary concerns. After intense scrutiny and review, His Holiness announced that He would give the people what they wanted: Ortega II.

When asked, He revealed that He had taken careful notice of how much the students just loved the Ortega Dining Commons — how fondly they spoke of it and how frequently they visited. Wanting only to be loved, His High Chieftainship just knew that He had to include such beauty and adoration in His grand new plan.

When we asked how exactly one goes about building a sequel to the highly celebrated Ortega, His Grand Majesty described His plan: “IN THE BEGINNING, THERE SHALL BE NOTHING. THENCE, I SHALL SPEAK INTO EXISTENCE A DINING HALL LIKE NO OTHER THAT HAS BEEN SEEN. IT SHALL BE DERIVED FROM THE SHEER BEAUTY AND CULINARY ACHIEVEMENT OF ORTEGA DINING COMMONS, AND DRAW SOME THEMES FROM THE KITCHEN IN “THE SHINING,” LIKE THE EMPHASIS ON CANNED FOODS AND PSYCHOSIS. AND OH YEAH, WE’RE DEFINITELY GOING TO DO A DEMONIC MURAL OF SOME GREEK TRAGEDY.”

Students are excited to eat at the new dining hall. One student, Jeanice (who only gave their first name out of fear of retaliation), trembled (with joy, surely) as they said that they were “j-j-just th-thrilled to get the chance-the chance to relive Ortega all over again! I-I-I guess- I guess I’m just Mungry for More!” they said with a smile-like motion on their face.

His Voluptuous Forehead has already announced a much-anticipated grand opening menu for the dining commons in order to build up hype. Some highlights include the classic Ortega Slop (with a twist, or so we are told), Meat cube and Water (an innovative take on the classic gazpacho, and an excellent, thought-out plant-based option). Like all other students, this reporter awaits eagerly, mungry (munger-y?) for more.