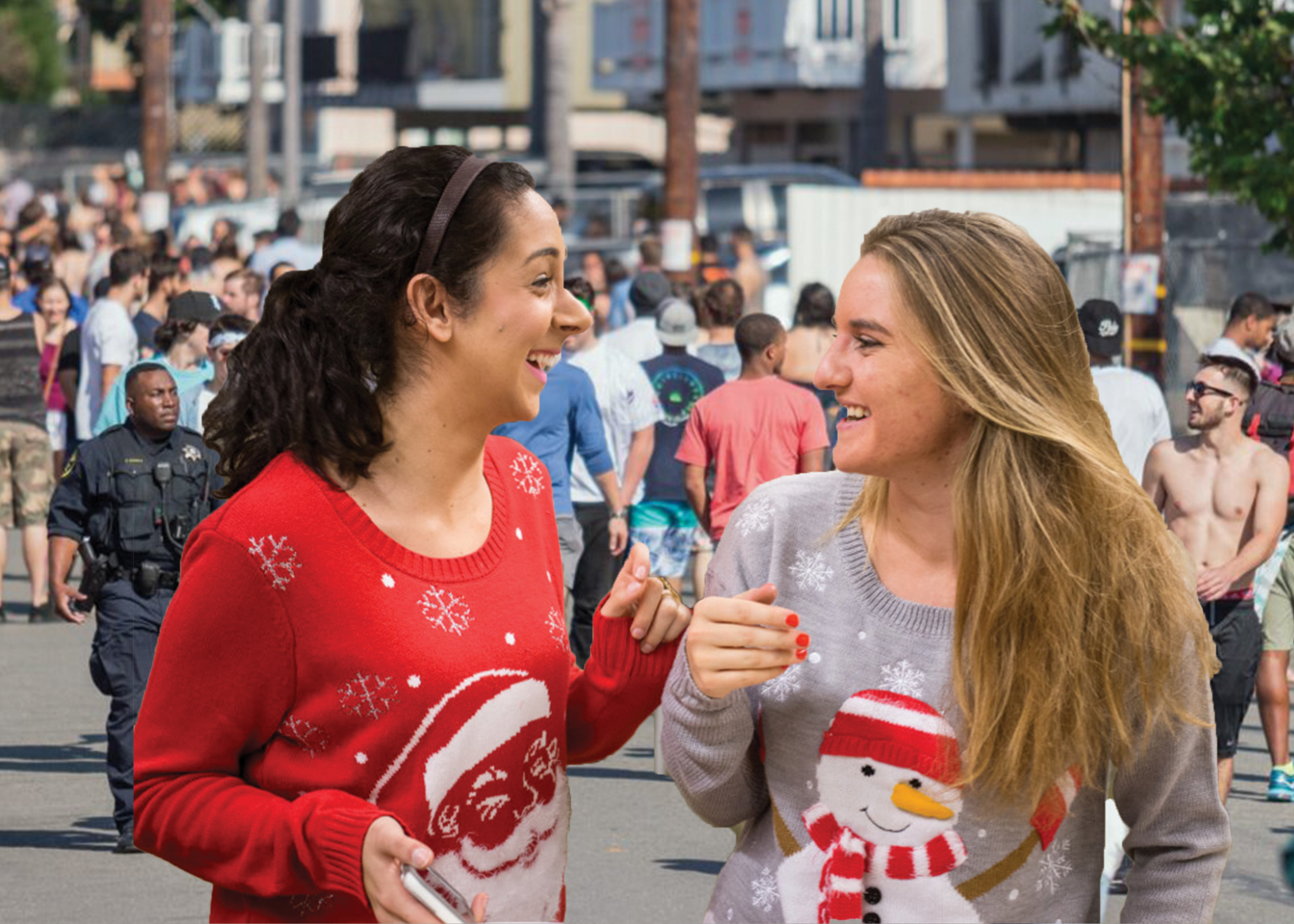 After hearing about the local police ordinance set in place for Halloween, a few innovative UCSB students are planning to throw a Christmas party instead.

“We kept hearing that I.V. isn’t throwing for shit this weekend, but like, when I asked why, everyone just said it was because the cops really hate Halloween. I just thought: Why not throw a Christmas party instead?” said Garrett, an I.V. resident and UCSB student.

Garrett is referring to the Halloween ordinance that is in place this weekend. Officially, due to unruly behavior that usually occurs on Halloween in Isla Vista, the IVPD has decided to set up roadblocks and issue citations to anybody out partying this weekend. These restrictions pose a threat to most parties.

We asked Garrett if he was aware of the consequences and he replied with, “Yeah, we’re just telling everyone to dress up as Christmas characters, but only I can be Santa. That way, when the cops show up, we can just be like, ‘I don’t know what you’re talking about officer, this is a Christmas party,’ but everyone’s in costumes anyway.” No further questions were asked.

To find out whether this idea would actually work, we checked in with officer Niko of IVPD. We made sure to tell him this is all hypothetical of course. “Despite popular belief, we don’t actually hate Halloween,” officer Niko stated. “We just hate the little shits that think it’s funny to dress up as cops. We wish we could just ticket them, but we know people would call us little bitches if they found that out. That’s why we’re shutting down all of Halloween.”

When asked about whether the police would shut down the Christmas party, “That might actually work,” officer Niko replied. “As long as no one’s dressed up as a cop, I don’t see why that would be a problem.”

However, officer Niko also had this warning to anybody dressed as Santa: “Yeah, that naughty and nice shit isn’t really in our jurisdiction, but we respect his sense of duty and justice, so I don’t wanna see any Santas either.”

Garrett has since been warned and now says he will find a new costume because he “didn’t really like the Santa idea anyway.”

Ben Red will be at the party dressed as Rudolph, so nobody else dress up as Rudolph.