The Daily Nexus
Opinion
Editorial: Why Was UCSB Severely Ill-Equipped for its Return to In-Person Instruction?
October 4, 2021 at 10:00 am by Daily Nexus Editorial Board

The Nexus believes that UC Santa Barbara inadequately prepared for a fully in-person school year after more than a year of remote instruction, causing a culmination of issues that directly impacts its students, faculty and staff. 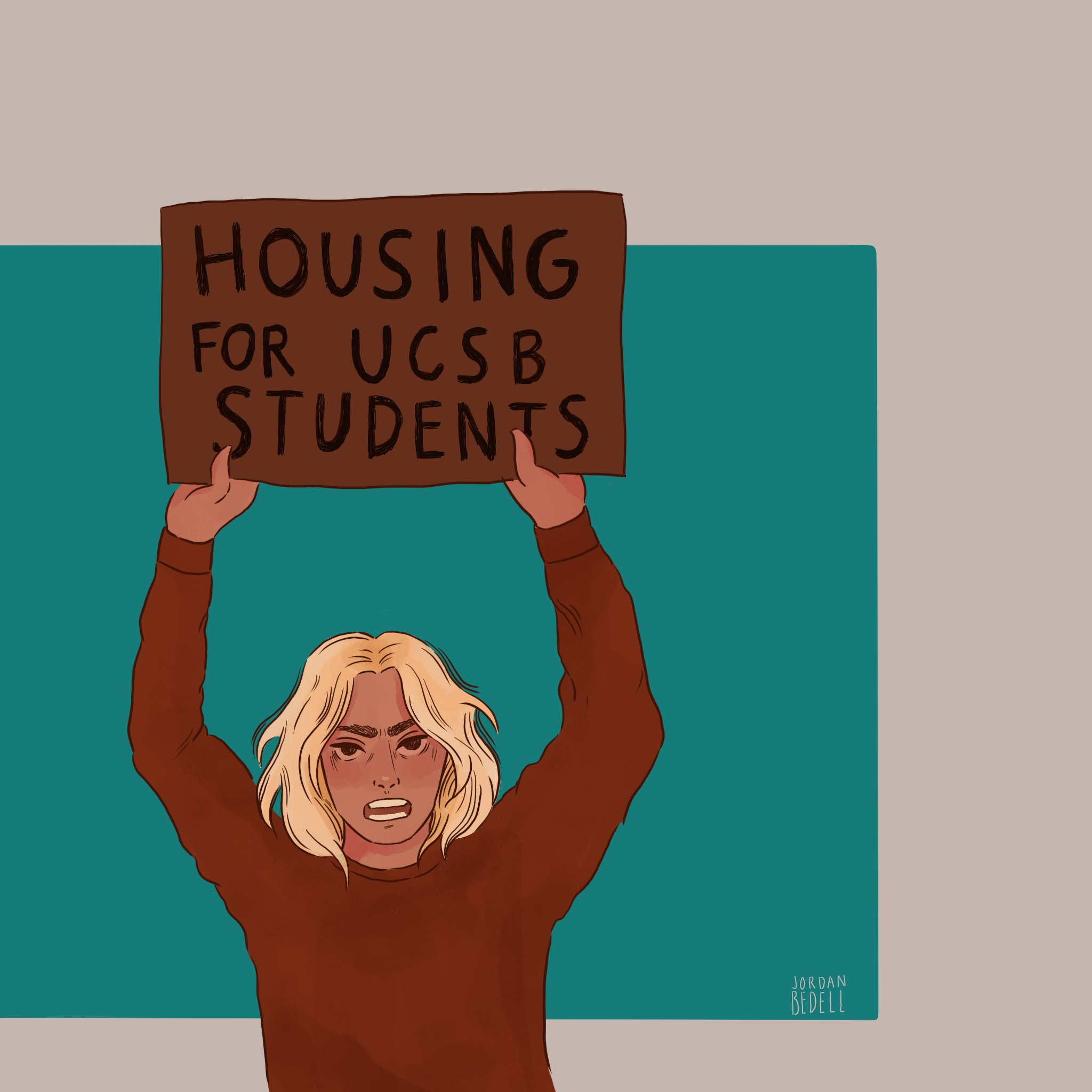 On Jan. 11, the University of California announced its intention to hold in-person classes starting Fall Quarter 2021. The reason for the early announcement, according to the UC Office of the President, was to ensure that “students and their families have the latest information” for all plans relating to the in-person fall quarter. Despite the intention of the announcement, the Nexus believes UCSB largely failed in preparing adequately for students’ return to in-person instruction.

Despite the intention of this announcement, issues from the housing shortage to the current lack of courses show that UCSB is not meeting the basic needs of its students.

In the past, the university has participated in performative activism by sending emails after national events, like the Jan. 6 riots or highly publicized instances of police brutality in the summer of 2020.

However, time and time again, UCSB fails to address the inequities within its own community. The housing crisis is one the Isla Vista community faces every year of in-person instruction — a problem the university had almost 18 months to address during remote instruction. The exacerbated nature of the housing crisis come Fall Quarter 2021 only drew excuses and temporary solutions from the university but no tangible changes to address the general lack of adequate housing in I.V.

Though the university was able to provide a housing option for every undergraduate student who applied, according to an email sent out on Sept. 24, much of this housing is in local hotels, leaving students separated from their community and without easy access to public transportation and dining halls.

Regardless, UCSB has not followed through in their promises of building university housing for 5,000 more students and 1,800 new units for faculty under their 10-year Long Range Development Plan, with only 1,500 new beds, 89 forsale faculty housing units and 35 rental apartments for faculty and staff, according to Executive Vice Chancellor David Marshall’s response to Sustainable University Now’s July 19 letter.

Additionally, some students are facing major repercussions due to the apparent gaps in courses offered, including losing financial aid, housing and even student visas, the Nexus reported. Several professors have been urging those with enough units to drop their classes to leave room for students in need of units. The university has not yet announced plans to address this course shortage.

Amidst the lack of courses available to students this fall, professors and teaching assistants (TAs) feel trapped between the policies of the university and the needs of students, according to religious studies lecturer Gregory Hillis.

“I want to say yes to every one of those students [who wants to get into my class], but I cannot, based on the financial and physical constraints of the university and the university’s policies,” Hillis said.

Hillis described the current course crisis as the result of a multitude of factors: the general increase in the admission of students at UCSB paired with not enough financial support given by the university for professors and TAs to accommodate that increase.

“The admission rate is lower because there’s more applicants, but the numbers in real terms are going up, so we have more physical bodies on campus than we have either classroom space or classes or teachers to teach classes,” Hillis said. “The university has known this for probably four or five years … And it puts crazy pressure on the actual classes, and this is true at UCSB and is true on all UC campuses.”

“If the university would pay more, we could open up more classes — it could be done,” he continued. “But [the university] is operated like a business. You guys, who pay tuition, are talked about as revenue streams … and a lot of [your tuition] is not used for instruction.”

Hillis also explained that UCSB’s decision to go fully in-person, without any hybrid models in place for large lectures or any remote option for students who cannot find housing in I.V., also contributed to the course shortage.

“Even though Zoom lectures aren’t ideal, it could put us in a situation where we could accommodate more students so they could get their units, so they wouldn’t have to be afraid of losing their financial aid and other concerns they have,” Hillis said. “But instead, the university made the decision to just go back and pretend nothing happened, and I think they could have been a little more creative.”

According to Hillis, the administration is knowingly admitting more students than they have capacity for in classes.

“The administration knows there aren’t enough classes, but they admit the students anyway.”

The housing crisis, course shortage and even the consistent issues with the campus Wi-Fi, moreover, have only been met with empty words of sympathy and camaraderie by the university, insisting that we’re all in this together while not providing tangible, concrete paths of action to take toward solving these problems.

We do not want to just criticize, however. From the COVID-19 pandemic and the issues the university has faced in light of the new school year, UCSB can still take actions to start addressing these arising and long-term problems for the future.

The Nexus advises that the housing task force established by Chancellor Henry T. Yang should address the housing shortage in the long term, as this issue, though exacerbated this past summer, has been going on for years. The housing crisis is not an issue that can be neatly solved through temporary hotel housing — there needs to be concrete policies, decisions and conversations about this recurring, endemic issue in I.V. to ensure that students do not have to worry about a roof over their heads in the midst of signing up for fall quarter classes.

In response to the course crisis, the Nexus also advises that the university reallocate its budget toward more funding for courses. This means increasing the employment and wages of professors and TAs, the number of TAs to accommodate a higher number of students and the number of courses offered each quarter as well as providing more adequate funding for class resources. The tuition money students pay for to attend UCSB every quarter should be given back to students.

The university needs to realize that COVID-19 only brought to light issues that have always been there and must see this as an opportunity to begin addressing the systemic issues deeply rooted in UCSB and in I.V.

There’s a fundamental flaw in the way the university is approaching education if the basic needs of students can’t even be met.

We are tired of waiting.

We encourage anyone with an affiliation with UCSB or Isla Vista to submit your thoughts on this topic in a Letter to the Editor to opinion@dailynexus.com.

The wear dating is up on UCSB leadership. Time to slash the number of administrators and focus on teaching. A revised long range development plan that incorporates sustainability is a must. Cut the number of students. “Sustainable University Now” is a plant.

Policy-covered staff didn’t receive a 2020-21 salary increase (merit or cost of living), while ASE’s received a 3% increase and will receive an additional 3% during 2021-22 as well. No one cares or rallies for staff, without which the university wouldn’t run. It’s time to start caring about staff, as well as students and faculty.

Thanks for the timely article. Our daughter declined UC Davis , UC Irvine and UC Riverside, UC Merced & other colleges and opted for UC SB only to realize how frustrating the housing situation is. Right now she is holed up in a tiny room which I am sure was meant for 2 seater, and someone thought that they could create a three seater out of it. I am sure if there is a study done on what is the min space requirement, this would fail. Some dorms seems to be good though. And then there is no enough ventilation… Read more »