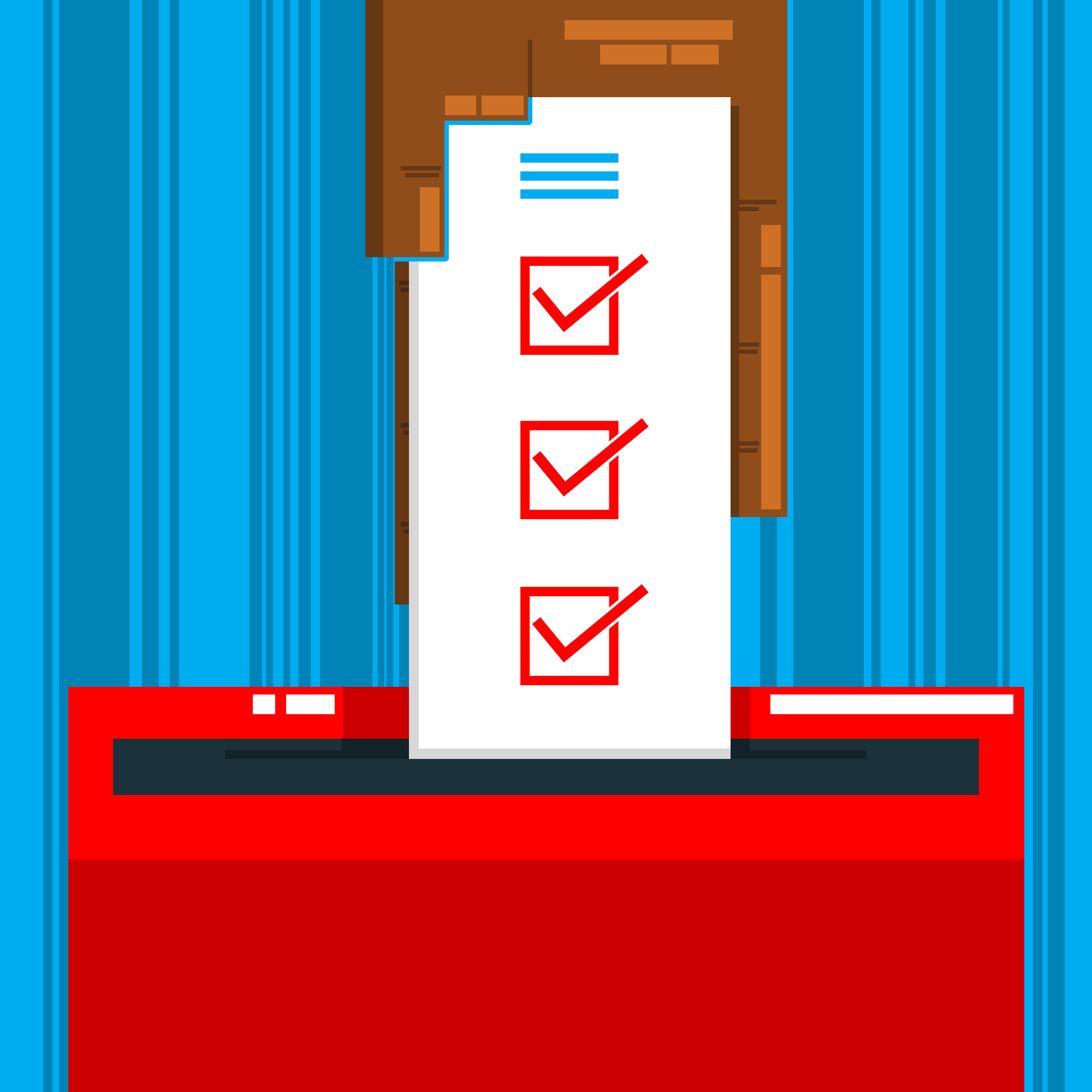 The Senate Bill 1 For the People Act, currently being debated by Congress, has the potential to decisively improve our democracy through its efforts to increase transparency, fix gerrymandering and fight voter suppression.

The Senate Bill 1 (S.1) requires Presidential and Vice Presidential candidates to disclose 10 years’ worth of tax returns so the public can view their potential conflicts of interest. S.1 also requires groups that produce independent advertising (so-called “dark money groups”) to disclose their top donors, so that the public knows who’s trying to manipulate them. “Dark money” has ballooned since Citizens United v. FEC (2010), where the Supreme Court ruled that corporations are people and must have the ability to spend limitlessly on independent political advertising (not affiliated with an official campaign). This drowns out poorer voices. In the 2020 General Election campaign, “dark money” totaled $1 billion.

Putting congressional redistricting into the hands of non-partisan commissions doesn’t eliminate all disparities between popular vote and seats, but it makes considerable headway toward ensuring that the results of elections actually reflect the will of the voters.

Additionally, S.1 expands voting access and fights voter suppression in a number of ways. First, it prohibits states from limiting mail-in ballots. Second, it makes Election Day a national holiday, allowing more people who would otherwise be working to vote on Election Day. Third, it requires states to offer same-day registration. Fourth, it restores the right to vote to millions of felons who’ve served their sentences. Fifth, it limits purging voters from the registered voters list. Next, it requires at least 15 days of early voting. Lastly, it creates a national automatic voter registration system when eligible voters use government services (i.e. the DMV).

It’s suppression of democracy or federal intervention. I choose the latter.

All of these measures help fight voter suppression, which has been on the rise since the weakening of the Voting Rights Act by the Supreme Court in Shelby County v. Holder (2013). Many Republican-led state legislatures have passed laws that increase voter purges, close polling stations, restrict early voting and create new voting requirements. Since the 2020 election, over 361 bills have been proposed in state legislatures to curtail mail-in voting, impose new identification requirements, reduce early voting and increase voter purges. A new law in Georgia even criminalizes people who give out food and water to people waiting in line at the polls (wtf?!). These are all voter suppression tactics.

Here are some common arguments in opposition to S.1 and why their points are, in my view, invalid:

It’s true there’s insufficient evidence that the aforementioned voting restrictions cause decreased turnout. But more research can come out to prove otherwise. Additionally, it defies common sense that making something more inaccessible doesn’t lead to less people being able to access it. It seems obvious that with every new pointless restriction to overcome, some people will fall through the cracks.

Even if we assume that suppression tactics are unsuccessful, there’s a wealth of evidence that many of these measures were put in place with the purpose of suppressing Democratic votes. We should be encouraging all eligible voters because that leads to policies that better represent the popular will. The former chair of the Florida Republican Party admitted that they curtailed early voting because it produced more Democratic votes. Former-President Donald Trump let slip that he opposed universal mail-in voting (which overwhelmingly favored Democrats in 2020) because it would hurt Republicans. Republican officials in Pennsylvania let it slip that photo ID helped Republicans, despite the fact that fraud is negligible. If it isn’t combating fraud, how would photo IDs help Republicans? The answer is clearer when you consider that Black and brown voters (disproportionately Democratic voters) are less likely to have photo IDs than white voters (disproportionately Republican).

The pattern is clear: Try to suppress votes wherever it appears Democrats might have an advantage. It’s not a coincidence that Republicans supported less restrictions on mail-in ballots when those ballots predominantly came from overseas military (which favors the GOP), but only began to impose new restrictions in 2020 when Democratic voters planned to utilize them and did; nor is it a coincidence that Black and Hispanic people are respectively 1.78 and 2.42 times less likely to have photo ID than white people and are disproportionately likely to be purged from the voter rolls; nor is it too that lines at polls are longer in Black and brown precincts, where they happen to have less trained staff and more malfunctioning machinery. It’s logical to assume long lines cause some voters, who otherwise would vote, to see the line and leave. These laws are clearly intended to decrease turnout, because why else would GOP lawmakers support them?

After the 2020 election, the New York Times called election officials in all 50 states asking if they had evidence of voter fraud that altered outcomes of elections. None had any. An analysis of data from three states with 100% mail in elections — Colorado, Washington and Oregon — found 372 possible cases of dead people voting out of the 14.6 million ballots cast. According to a report by the Brennan Center for Justice, it’s more likely for someone to be struck by lightning than to commit voter impersonation. Lastly, those that support the voter suppression measures in the name of combating fraud to give voters confidence in the election are the ones who are undermining voters’ confidence in the election by perpetuating lies.

This bill helps more people vote. If increased voter turnout and eligibility (for felons who serve their sentence) help Democrats, then that’s admitting that the Democratic Party platform is more popular with the general American public than the Republican Party platform. No, this doesn’t permit undocumented immigrants to vote as others have suggested (ahem, Ted Cruz). If more people voting and participating in our democracy leads to one party having more power, then that’s the will of the people. It might be time to change your platform to win on the basis of ideas.

Article 1 Section 4 of the U.S. The Constitution reads, “The Times, Places and Manner of holding Elections for Senators and Representatives, shall be prescribed in each State by the Legislature thereof; but the Congress may at any time by Law make or alter such Regulations …”

I too, wish the federal government didn’t need to get involved in an area traditionally left to states and that states would pass laws that reflect the values of democracy and fair representation. These voter suppression laws and partisan gerrymandering undermine democracy by counteracting the idea that the will of all the people should be reflected in its representatives and the resulting policies. If states won’t stand up for democracy, then someone must. And if the federal government doesn’t, no one will. The federal government undertook similar action with the Voting Rights Act of 1965. If in the United States, politicians pick the voters instead of voters picking the politicians, then we’re a fraud of a democracy. It’s suppression of democracy or federal intervention. I choose the latter.

We have to fight for our democracy, and S. 1 gives us a chance to do just that. Would it fix everything that’s wrong with our voting system? No. But it makes real progress, which would be refreshing. Frankly, it’s pathetic that I even need to write this piece in desperation that enough senators will support this measure to fight voter suppression, gerrymandering and the wealthy takeover of our politics, a measure with 67% popular support. But here we are. Write a cordial letter to your senator(s), organize, protest and lobby. I don’t buy into the theatrics of what others have suggested — that if S.1 doesn’t pass, our democracy is lost. But, I do believe this is a once-in-a-decade opportunity to put our democracy on a better course. It takes all of us to ensure it isn’t squandered.

Eric Heilmann is committed to improving democracy at every turn.