Lea Toubian kept her victory statement to the Nexus short: “I’m incredibly humbled to have been elected. Time to get back to work.” 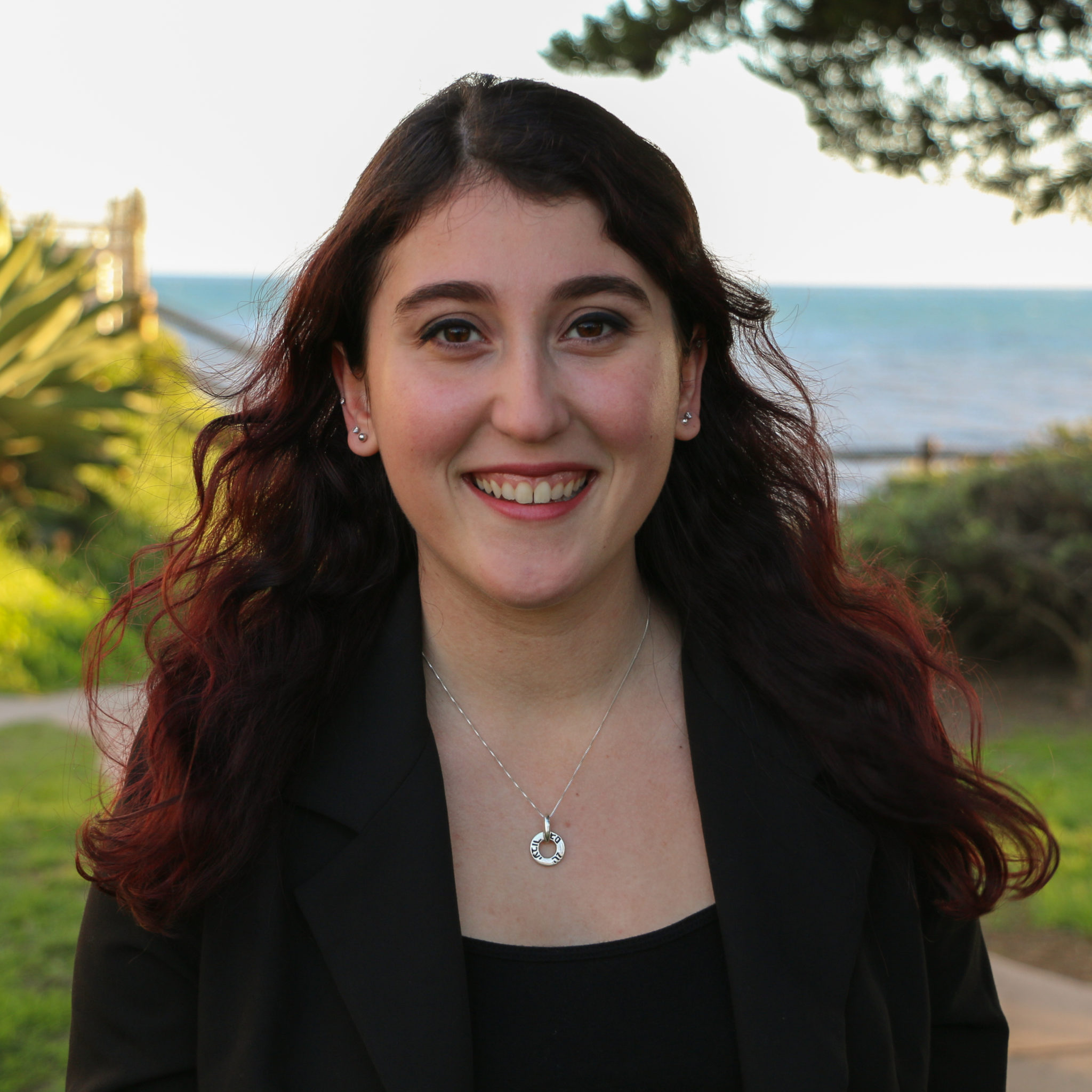 Toubian is currently the chief of staff for the president’s office. Courtesy of Lea Toubian.

Students elected the fourth-year political science and environmental studies double major to be the third Associated Students (A.S.) president of the 2020-21 school year, A.S. Elections Board announced Thursday evening in a live webinar.

Toubian won with 53.83% of the vote, while Carlos “Andy” Ruiz, a fourth-year sociology major running against Toubian, received 46.17%.

Toubian is currently the chief of staff for the president’s office and centered her campaign around the message that she could start working immediately after being inaugurated, unlike Ruiz, who would have required a transition period.

“If this was a brand new term, and there was an entire year to get all of that done, I would say that [Ruiz] may be just as qualified or he may be capable of it,” Toubian said in her endorsement interview with the Nexus. “I think what it really comes down to is that this is a really short term.”

In a phone interview after the results were announced, Ruiz said that he was left feeling grateful to all those who supported him throughout his campaign, and that he’ll be continuing his work as the deputy chief of staff for the External Vice President for Local Affairs (EVPLA).

“I was willing to run for this position to do more with a platform, but that doesn’t take away from what I have right now,” he said. “[I’m] definitely focusing on the EVPLA office, the projects I already have at hand as deputy chief of staff, so I can hop on projects that are tangible for making sustainable change. I still have a lot to do.”

“I’m grateful, I don’t feel like I’m coming away from this empty-handed,” he said.

Toubian’s election comes during an unprecedented year for A.S., as former President Daevionne Beasley stepped down in Fall Quarter 2020 amidst an allegation of sexual assault and an impending recall effort to remove him from office. Internal Vice President Tianna White then became the interim president in October to fill the role until a special election could be held in Winter Quarter 2020. Toubian will serve for less than four months, when her term ends in the fourth week of Spring Quarter 2020.

A.S. Elections Board required a 4% voter threshold in the special election for the results to be valid. By the time voting closed Thursday afternoon, 2,045 students voted, or 9.02% of undergraduates.

she doesn’t have the power to do that sadly :(

i stand with survivors

a sad day for survivors, I’m sorry this Association continues to profit from your community as a sole platform rather than real implementation

Why do we need a student government? It’s like a glorified student council in elementary school, but these are adults. It’s nothing but a resume builder for the winner – students have no say in anything that goes on. Just get your degree and move on – GROW UP!.

As long as they make sure Nathan Bryant Schley doesn’t intend to harm another girl and throw her under the bus who tried to study Math and attempted to ruin her reputation for years for hiding the fact he was attempting to have advances but got turned down while his wife was in Mexico and catcalled her asking for massages in the department hallway in front of other people, and badmouthed about her to new graduate students and people didn’t know what was going on says a lot about what kind of person you are. The truth will always come… Read more »

Are you high
Reply to  IVResident

Bruh i think youre commenting on the wrong article LOL

Gaucho
Reply to  Are you high

No. I think he is right. He can post in wherever he wants to as long as the message gets crossed. Just chill bro.

Cannot stand assholes
Reply to  Are you high

What’s wrong with getting high and spit out some exposures? Isn’t AS President’s job is to protect the students’rights?

Dude’s got some major issues clearly… All of your sins came out… it definitely needs to be exposed as this kind of behavior is not welcomed in a world class educational institution, total disgrace, bad apple in the department.

Good thing we are in virtual learning environment at the moment, cannot say if I will feel comfortable dealing with this type of behaviors & animosity when attending in-person office hours. It’s freaking insane!!

Another story of white priviledged man overpowering minority students with a sense of entitlement..Racism and Sexism are ugly babies.

Is that how he climbed up the academic ladder?

Female faulty members will shake their heads if they knew what he did? Wait, there aren’t that many to begin with. I am a father of two daughters and if I know my kids are in this type of environment that tolerates bullies and misconducts… You bet I’ll make sure it doesn’t get under the rug.

This is some bat shit level of craziness.

Last edited 1 year ago by SBNATIVE