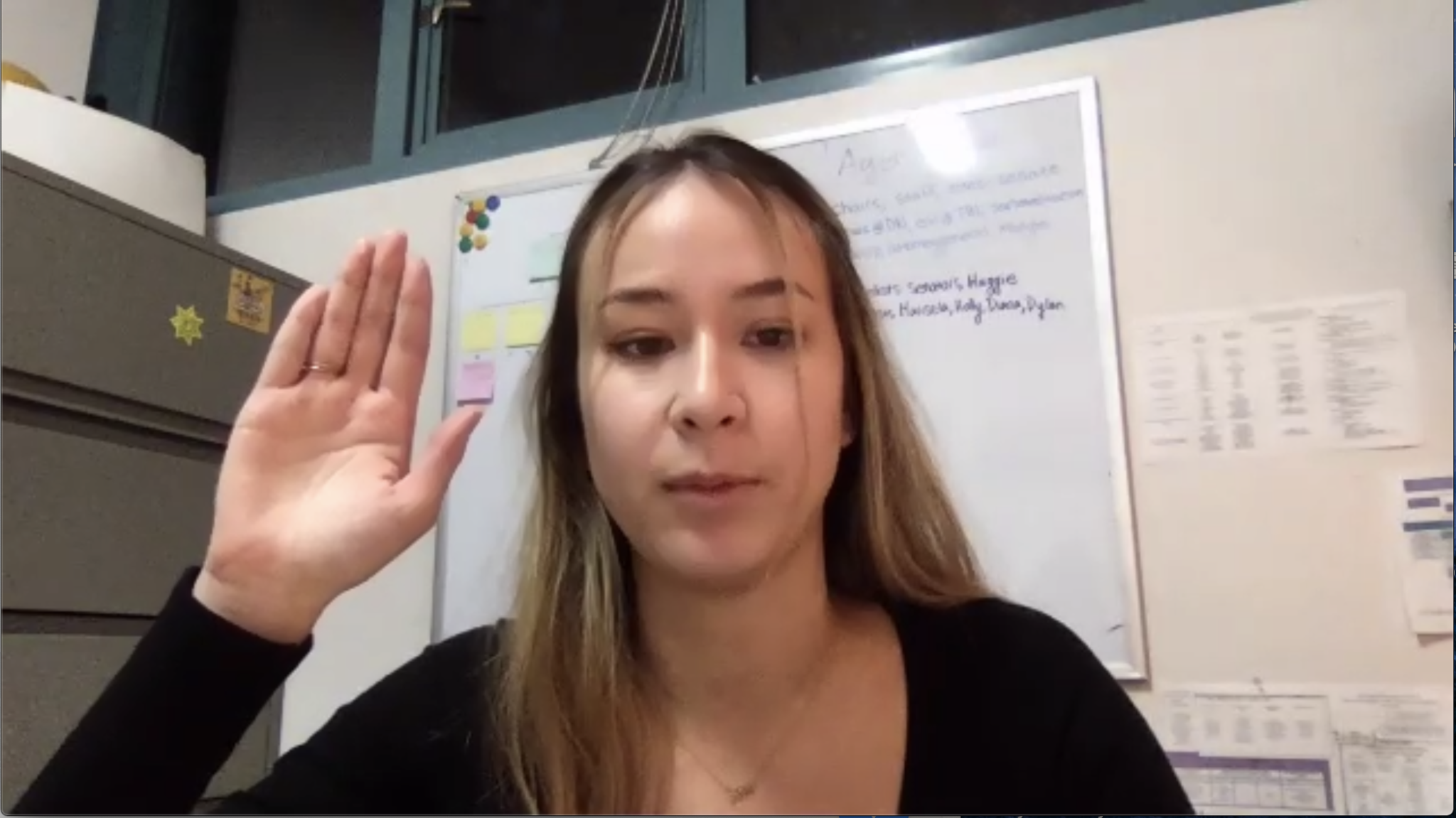 White will serve as interim president until a special election can be held next quarter to permanently fill Beasley’s vacancy for the duration of the term, which ends midway through Spring Quarter 2021.

Third-year political science and history of public policy and law double major Catherine Flaherty will fill in as IVP in the meantime and was sworn in by White during Wednesday night’s Senate meeting. A current off-campus senator, Flaherty is White’s first pro-tempore which, according to A.S. Legal Code, means that she serves as IVP when the position is vacant.

Flaherty is also currently running for an open spot on the director board of the Isla Vista Community Services District (I.V. CSD). She has stated she does not plan to resign from her senate position if elected to the I.V. CSD.

After White and Flaherty were sworn in, Beasley told senators in a speech during public forum that he wanted an end to the “fighting back and forth” he saw in Senate meetings throughout the process to recall him from office.

“The people here who say they care about minorities and marginalized people willingly sat and participated in anti-blackness and ignored my right to due process,” Beasley said. “I understand how sensitive these topics were, but it seemed that … until it became a spectacle, no one cared about what the truth or what the issues were; they just wanted to see me either step down or suffer.”

“I’ll be a private citizen tomorrow after 5 p.m. I want to be able to live my private life without continuously seeing all the awful things that each and every one of you say about me every day,” he continued, before leaving the Zoom meeting.

why is someone with several sexual assault allegations get to have so many quotes on nexus articles that aren’t even about him?? Katherine could you please have a sense of morality and direction when writing future articles? Nexus really lets any article be run