Catherine Flaherty, a UC Santa Barbara student and current Associated Students leader, was sworn in on Tuesday night as one of two new directors for the Isla Vista Community Services District, marking the beginning of her two-year term. During the meeting, the other directors also voted her in as the vice president of the board. 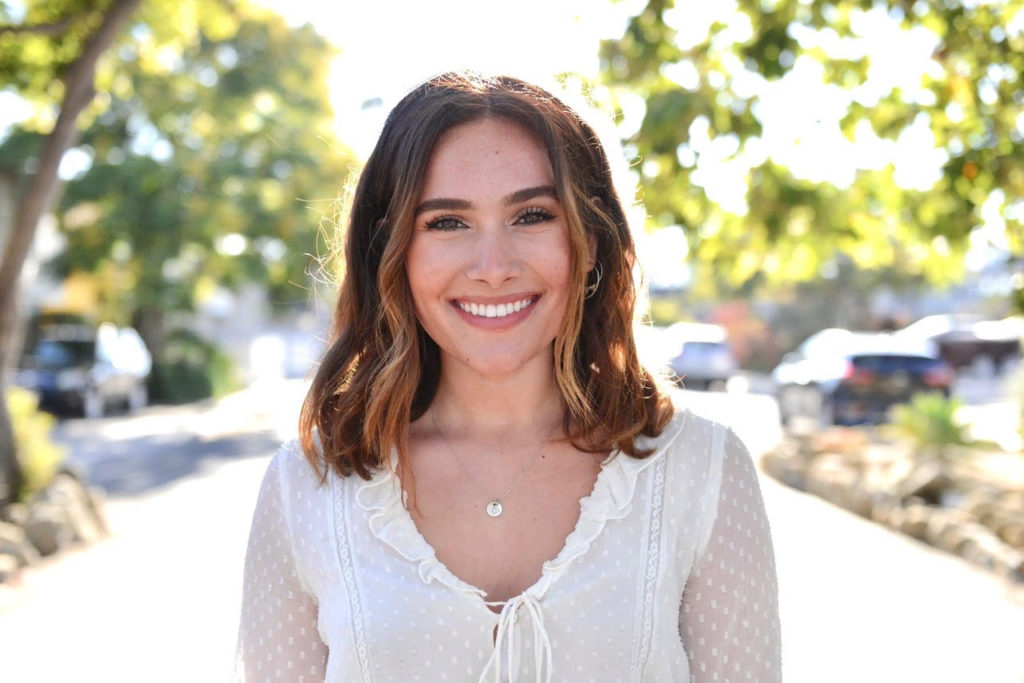 Flaherty, a third-year history of public policy and political science double major, currently serves as the interim internal vice president (IVP) for the Associated Students (A.S) Senate. At the Isla Vista Community Services District (I.V. CSD), Flaherty is the youngest person on the board and the only woman. In November, she won against UCSB third-year music composition major Daniel Mitchell with 79.76% of the vote, replacing former board director Kristie Nguyen who was also a UCSB student and the only woman on the board during her two-year term.

Given her many commitments on campus — as a double-major student, sorority member and IVP — Flaherty was frank about the additional responsibilities of being a director for the I.V. CSD.

“It’s going to be a lot of work, but this is stuff that I genuinely really love doing, so I’m totally willing to throw myself 100 percent into both of these positions,” Flaherty told the Nexus.

The work required for both of Flaherty’s positions will be intense, but not impossible, according to Natalie Jordan, a UCSB alumna who balanced the positions of A.S. IVP and I.V CSD board director for a few overlapping months during her term from 2016-19.

Jordan said that she has spoken with Flaherty and coached her, based on her own experience, on what to expect when she becomes a director.

“There was a long period of time where I kept a pillow in the office,” Jordan said.

“We talked a lot about managing her time and stress. I think that’s going to be a really big element of executing her job correctly. And also separating out the two and making sure that she’s performing to the best of her ability without biasing or interfering between her two positions,” she added.

Jordan outwardly struggled with managing her role on the board, as the Nexus’ term in review reported that she occasionally arrived late to I.V. CSD board meetings, left them early or did not attend them at all. Jordan attributed those shortcomings to her full-time job as an event coordinator for the Santa Barbara Polo and Racquet Club, which she needed to pay her tuition.

Because of her dual positions in the I.V. CSD and A.S., Jordan said she relied heavily on her staff to help her execute the responsibilities demanded by the roles. Jordan also acknowledged a conflict of interest between her two roles and said she occasionally recused herself from A.S. Senate discussions.

Flaherty has said in the past that she does not believe the two positions are a conflict of interest, but in recent interviews, she said she will recuse herself from conversations in which her positions on A.S. and the CSD overlap.

Flaherty can legally participate in I.V. CSD discussions about A.S. or vice versa, but she could recuse herself because of perception issues, according to Jay Freeman, a current I.V CSD board director. However, Freeman said it is rare that A.S. and I.V. CSD matters overlap in discussion since A.S. has jurisdiction over the UCSB campus and the I.V. CSD has jurisdiction over Isla Vista.

Once a new A.S. president is selected in the Winter Quarter 2021 special election, Flaherty will step down as IVP to let interim A.S. President Tianna White re-assume her position and will return to her former role as an off-campus senator.

Nguyen, who graduated this fall quarter with degrees in sociology and Asian American studies, is the former I.V. CSD director whom Flaherty is replacing. Nguyen said she is confident that Flaherty will be able to manage her time effectively and balance her roles without compromising either of them.

Nguyen, like Flaherty, belonged to a sorority but said she dropped out last year, in part because of the time demanded of her as a board director on the I.V. CSD.

Nguyen said being the only woman on the board comes with pressure, but she encouraged Flaherty to not let this deter her in asserting her leadership.

“I want her just to be confident in her own skin. Being a woman to serve is extremely powerful,” Nguyen said.

Flaherty is set to graduate in the Spring of 2022, but said she will likely stay in I.V. at least until her term ends that fall.

As preparation for her responsibilities, Jordan advised Flaherty to create a personal mission statement of who she is and who she would like to be while in the dual roles. As of now, Flaherty said she is unsure of what exactly she wants that statement to be.

“I think that nobody’s ever really ready for anything until they’re in it. And this is just going to be a ‘learn by doing’ situation, and she’s going to make mistakes and then she’s going to learn from them,” Jordan said. “And I just hope that everyone gives her that time to let her leadership shine.”