Isla Vista Community Services District Vice President Natalie Jordan resigned from her position on the Board effective early January, leaving the Board with a vacant seat and no female representation.

Jordan’s resignation comes short of her official two-year term, which was initially delayed after elections due to technicalities in elections code. The delay in the start of her term would have meant that Jordan would serve for longer than the two-year term, according to Jordan.

“I felt like it was time for someone else to step into that position as I’m finishing up grad school in the next couple months and most likely will be taking career opportunities in a different location,” Jordan said in an interview with the Nexus. 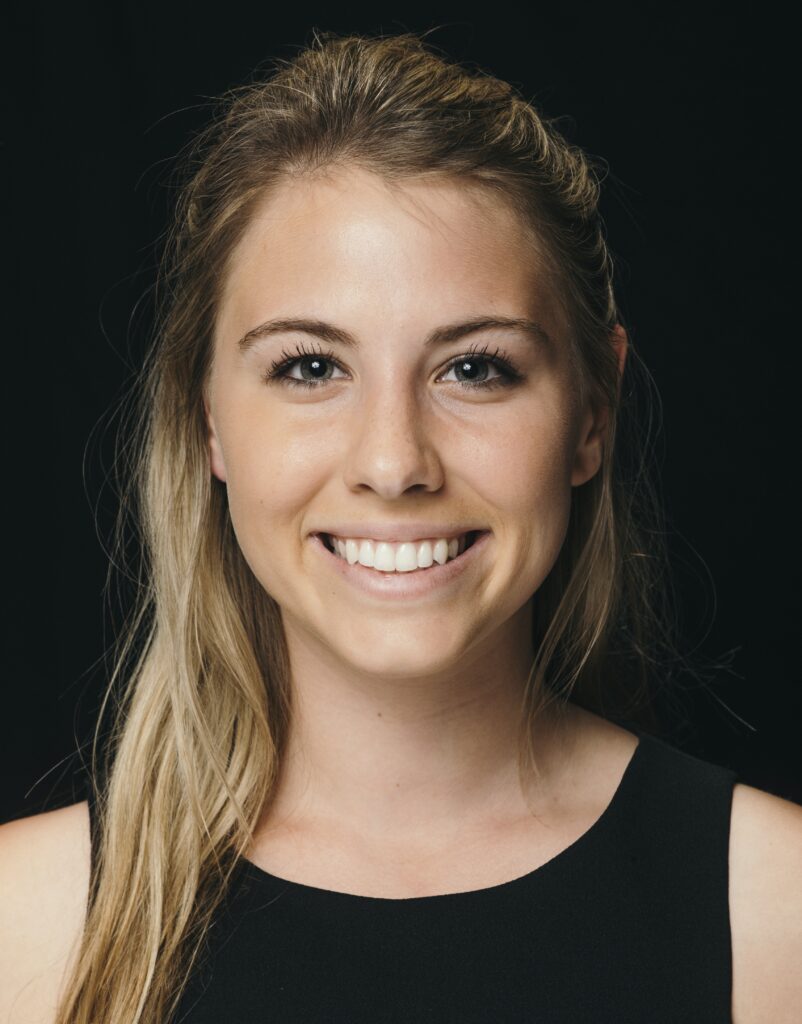 Jordan, who is set to obtain her masters in technology management from UC Santa Barbara this spring, looks back on the past two years in her position and the challenges, accomplishments and change she has seen along the way.

“Walking into it, I didn’t really know what it was going to be because we were shaping it,” Jordan said. “I think that it was just more than I could have ever thought or expected to have. It’s a truly amazing experience and I’m blessed to have had it.”

Jordan’s campaign in 2016 for a position on the Board focused on increasing safety in Isla Vista through securing more street lighting and parking for residents. Now, she says the past two years in her role were more about working with other board members to create the foundation of the Isla Vista Community Services District (I.V. CSD) and define its role for the public.

“That was a big part of it for me, was making sure that we were able to kind of set a precedent of what it meant to be on the Isla Vista Community Services District and setting a tone for the community as a resource.”

Jordan participated in the CSD’s policy committee, which created governing documents for the functioning and mechanics of the Board as well as its interactions with the public and media.

These policies helped to build the “baseline” for CSD’s growth and efficiency in the future, according to Jordan.

While Jordan says the CSD has made progress toward increasing safety in Isla Vista, lighting and parking projects never came into full fruition during her term.

The I.V. CSD organized lighting walks and began discussion on lighting in I.V., but there is still work to be done before the community will enjoy additional lighting in the area, according to Jordan.

Increasing parking in I.V. also required a more lengthy and tedious process than anticipated, but as with lighting, Jordan hopes it will continue to be a priority for the I.V. CSD.

“It’s still a pressing need for our community but should be set as a long term goal,” Jordan said. “I think there are a lot of solutions to kind of take that on.”

Among the accomplishments made toward increasing safety in the community, Jordan cited the collaboration made with UC Police Department for safety stations in I.V. and the implementation of an interpersonal violence investigator as steps toward her overall term goals.

Being the only woman on the board, Jordan said her perspective helped to shed light on safety concerns and issues faced by women in Isla Vista including sexual assault, catcalling and interpersonal violence.

“Of course I can’t speak for all women in any circumstance but I think the perspective I have as a woman in Isla Vista is really imperative… and being able to address those [concerns] from my perspective I think was really important and important for the board and our community to hear and understand,” Jordan said.

Now that the board is without a female member, Jordan hopes that women in the community will pursue the opportunity to get involved with the board.

“I do hope going forward that women in our community are inspired and empowered to come forward to take on these leadership positions.”

Jordan also noted that her “frankness and honesty” during board meetings allowed her to contribute unique perspectives to discussions.

“I’m never afraid to really speak my mind. I think that that’s a big part of what I brought to the board… a perspective that I had as a student, as a first-generation college student and a resident of Isla Vista,” Jordan said.

Throughout her term, Jordan at times struggled to effectively divide roles and responsibilities among board directors, a challenge which she attributes to the initiative demonstrated by board directors.

“I think all of us on the board are natural leaders and… everyone wants to take on as much as they can but I think being able to have us all kind of share in that responsibility is a really big part of it.”

However, Jordan at times arrived late and left I.V. CSD Board meetings early or failed to show up at all, according to Nexus reporters who regularly attend the I.V. CSD meetings.

Jordan said her absences were due to conflicts with her job as an event coordinator. When her work conflicted with I.V. CSD meetings, Jordan was obligated to attend her paying job over the meetings, which Board directors only began getting paid for last November.

“I was responsible for paying for my own tuition, which is a big issue so as a full-time student I was also working around 55 hours a week,” Jordan said. “At the end of the day, I needed to make sure that I could pay for my school, which is the reason that I was here in Isla Vista in the first place.”

“I do hope going forward that women in our community are inspired and empowered to come forward to take on these leadership positions.”

During her term, Jordan oriented herself more toward university players and issues, but said that I.V. CSD could have benefitted from her developing more relationships with stakeholders in I.V. as well.

“I was much more involved with university politics than I was more local and state, so I think that learning more about those key players and how I could’ve contributed to those conversations would have been meaningful to the board,” Jordan said.

Jordan said she fulfilled her role on the board to the best of her ability despite these difficulties. Overall, she said she is proud of the work she did while serving on the Board.

Going forward, Jordan advises that the I.V. CSD maintains their obligation to the community as their top priority.

“I think the only thing that we should be concerned about is continuing to serve the community and just always keeping that as our guiding force,” she said.

Jordan believes the past two years have set up the board for success in the future.

“I have very high hopes that this inaugural board was precedent setting for expectations for board members for years to come and also in creating relationships with community members and truly being a representative government.”

For the next I.V. CSD Vice President, Jordan said that being open to the opinions and suggestions of others is vital to the position.

“Hearing people out is the most important thing you can do [when] trying to make an educated decision.”

Jordan also said that I.V. CSD needs a vice president with a strong resolve and commitment to the community.

“Somebody who [has] got a can-do attitude and has a little bit of grit. That’s what we need in Isla Vista. Somebody with grit and a willingness to get it done at all costs,” Jordan said.

After completing her master’s degree this June, Jordan hopes to obtain a job that provides her with the same motivation she found while serving on the I.V. CSD Board.

“Being able to find a career that still gives me that meaning and driving force and willingness to go to work everyday is really important,” Jordan said.

“I hope that eventually I’m able to come back to something like a local elected position because I really found a lot of purpose and meaning in that job as well.”

Correction [1:07 p.m.]: An earlier version of this article said there were three empty seats on the board. There is only one.

A version of the article appeared on p.3 of the Jan. 10 print edition of the Daily Nexus.

three vacant seats–this CSD is a joke that is taxing our utility bills for “services” that are already covered by existing property taxes. the CSD never paid a dime for lighting in IV.

Article has been corrected to reflect that there is only one open seat.

This is exactly what I predicted would happen. Students don’t live long enough in Isla Vista for them to serve a full term on the CSD board without delaying their career prospects. Not everyone is gonna be like Jonathan Abboud and waste their lives doing local politics, some people actually want to leave IV after graduating. It’s too bad since Natalie did seem like one of the good ones from what I saw of her.

Difference is that Abboud is productive and actively tries to help the community; Abboud has definitely hung on longer than most people would stay here, but he tries, which is at least commendable.

You on the other hand have always just been a weird troll, kinda just hanging around, budging in Senate meetings or meme comments to drop your contrarian positions, without actually doing anything productive to get something done.

Isla Vista politics is a career dead end. The IV electorate has no idea the CSD even exists–less that 800 voters approved it out of 10,000. Now IV residents pay for it every month. Pathetic but why would a transient student ever make a career investment in something this stupid?–while going to school?–talk about a recipe for GPA hell. The CSD is a tool of UCSB and their pathetic psychopants–see Abboud. Oh and thanks so much Natalie Jordan for creating this sink hole, doing nothing, and now leaving. Hopefully whoever contemplates employing you reads the rambling drivel in this nexus… Read more »

Good for Natalie, the CSD, and Isla Vista. The trolls are raging here for one reason, and one reason alone: they make money by denigrating IV… the bad landlords (and their are many good ones) just want their boot on the neck of IV so they can keep extracting obscene profits.

UCSB is by far and away Isla Vista’s largest landlord troll. Indeed they do have their boot firmly planted on the community’s neck. The CSD is a vehicle for that.