The Daily Nexus
Nexustentialism
It's satire, stupid.
Despite Record Levels of Nostalgia, Campus Still Ugly
October 16, 2020 at 4:20 am by A. Wiessass 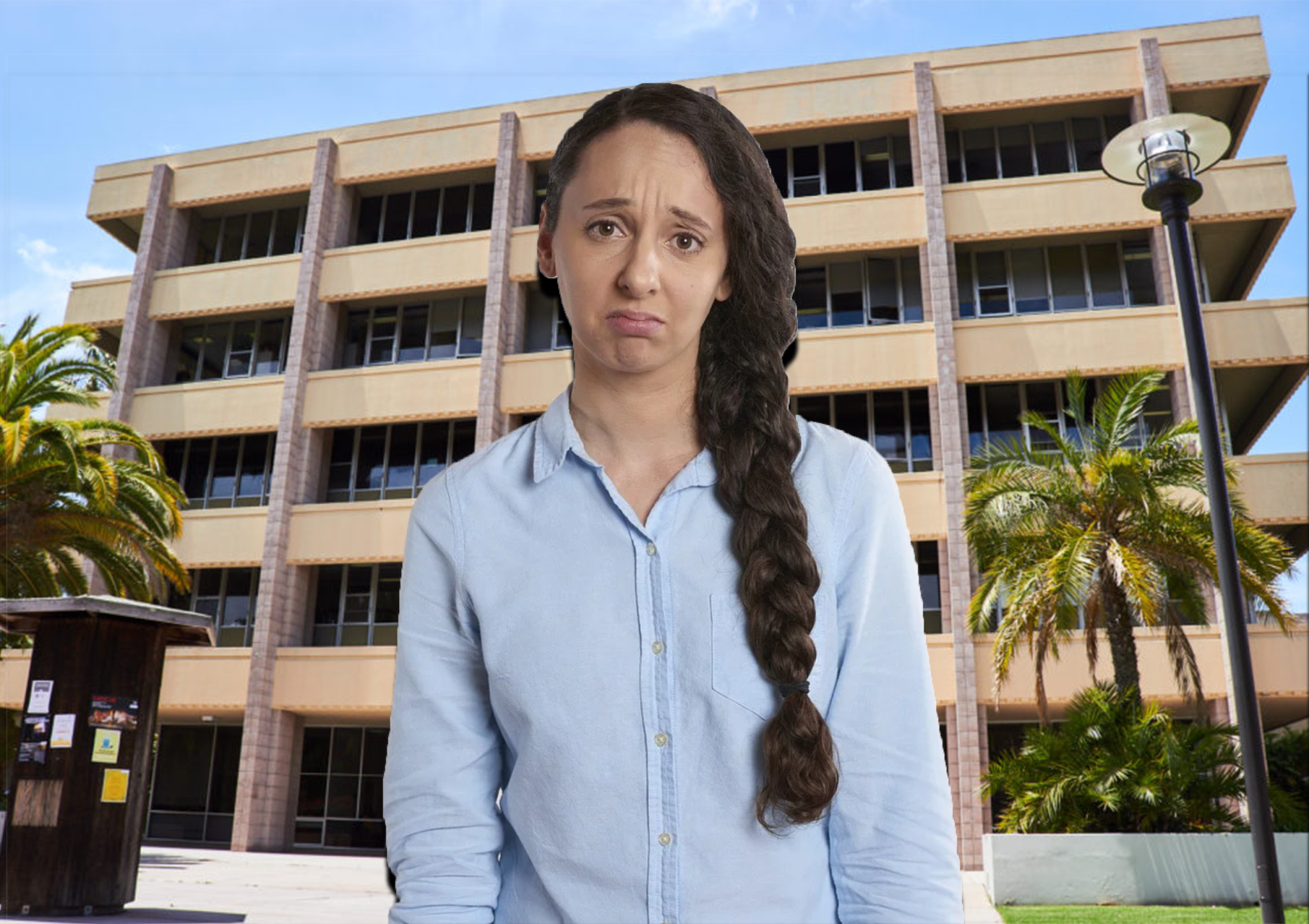 BREAKING — New photographic evidence has revealed that, despite the rose-tinted glasses of memory through which many Gauchos have been envisioning UCSB, the campus is still, according to high-tech visual analysis, fugly.

This news has been nothing less than shocking to many of us who have not returned to campus since in-class instruction was halted in March. Much like the way in which one might mentally build up a potential lover to be of a stature that a real human could never achieve, many Gauchos have been establishing idealized versions of our campus in their own minds.

When students are confronted with the fact that the UCSB in their head is just a fantasy compared to the UCSB of reality, dreams shatter and tears are shed. After seeing newly taken photos of campus, Idalia Zation, a third-year communication major, looked ill as all joy faded from her face. With melancholy in her heart and gravel in her voice, Zation said, “I have been wanting to go back so badly that I guess I just forgot how fucking shitty our architecture is.”

It is hard to overstate how extreme some students’ reactions to these developments have been. The registrar’s office has seen a sharp uptick in quarter-long withdraw requests, many have started binge drinking and using hard drugs to cope, and one guy we showed a picture of Buchanan just straight up fucking yakked.

Others are trying to take the news in a more constructive manner. “You know, UCSB may not be the prettiest, but it’s like an ugly baby,” Ray De Luz, a fourth-year sociology major, said. “You don’t stop loving it just because it isn’t the cutest. And besides, it’s not like ugly babies make up for it with killer beaches like our campus does.”

Over the past months, we have all missed the little things about UCSB, but little did we know that while our nostalgia repaired broken elevators, made our dorm rooms more spacious and made the lagoon smell like roses, the real UCSB would stay the same broken mess she has always been.

the only thing uglier than campus is your attitude

destroyed with facts and logic