The Daily Nexus
Nexustentialism
It's satire, stupid.
Anti-Masker Would Rather Die Than Smell Own Breath
September 27, 2020 at 4:20 pm by Max Myszkowski 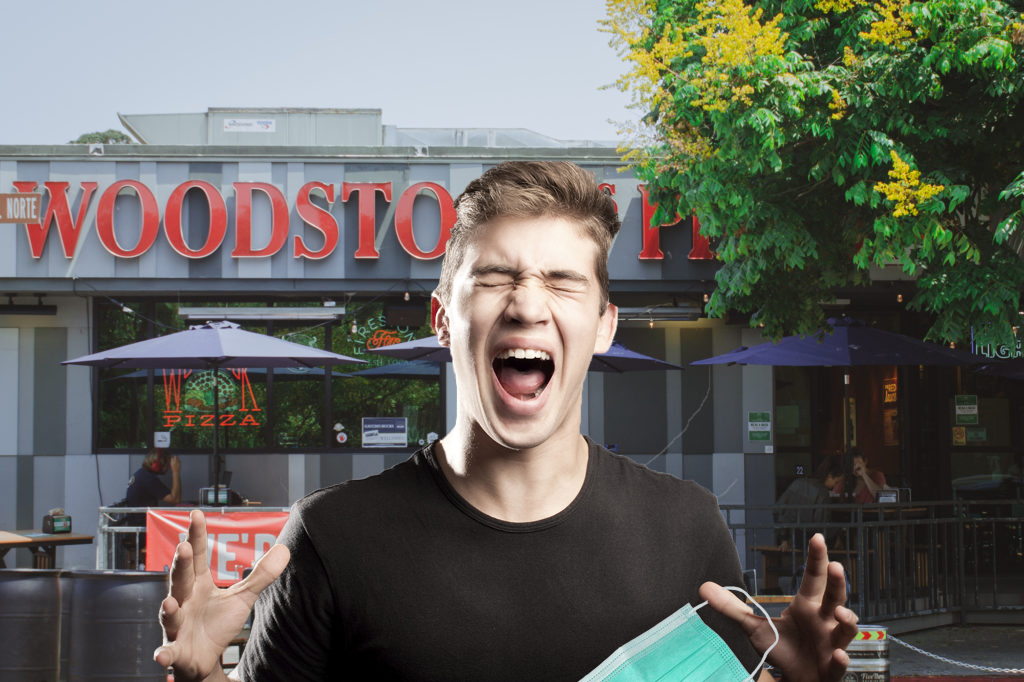 Confirming suspicions as to why he refused to wear a mask in public, local mouthbreather Jeremy Tong confirmed on the record that he would rather die than be forced to smell his own breath.

Faced with the choice between donning a protective face mask in public spaces or potentially being exposed to COVID-19, Tong said he really doesn’t see any other option, and that “you’d understand if you could smell [him] through your screen.”

“I’m just saying, if you had to smell that every time you put on a face covering, you wouldn’t wear one either,” Tong said regarding the putrid stench clinging to every word that left the fetid orifice on his face.

Reporters on the scene confirmed they wouldn’t have gone within 50 feet of the malodorous man if their employment hadn’t been directly threatened by their supervisor. “Yeah, honestly it’s understandable that he doesn’t want those noxious fumes trapped inside a thin layer of cloth around his face,” Nexustentialism Reporter #237 said. “It’s a shame he can’t socially distance his mouth from his nose.”

While the community at large has decided face coverings are one of the most important ways of preventing the spread of airborne illnesses like COVID-19, legal experts have agreed that forcing Mr. Tong to smell the revolting odor wafting from his tonsils past his lips would constitute cruel and unusual punishment, and could ostensibly contribute to an extrajudicial execution if continued for a prolonged period of time.

Unfortunately, Tong could not be reached for additional comment on these assertions, since none of Nexustentialism’s reporters could approach the disgustingly smelly man without gagging.

Yuck. That is all

This Max guy (if that’s even his real name) is kinda funny! He should write satire. Or something.