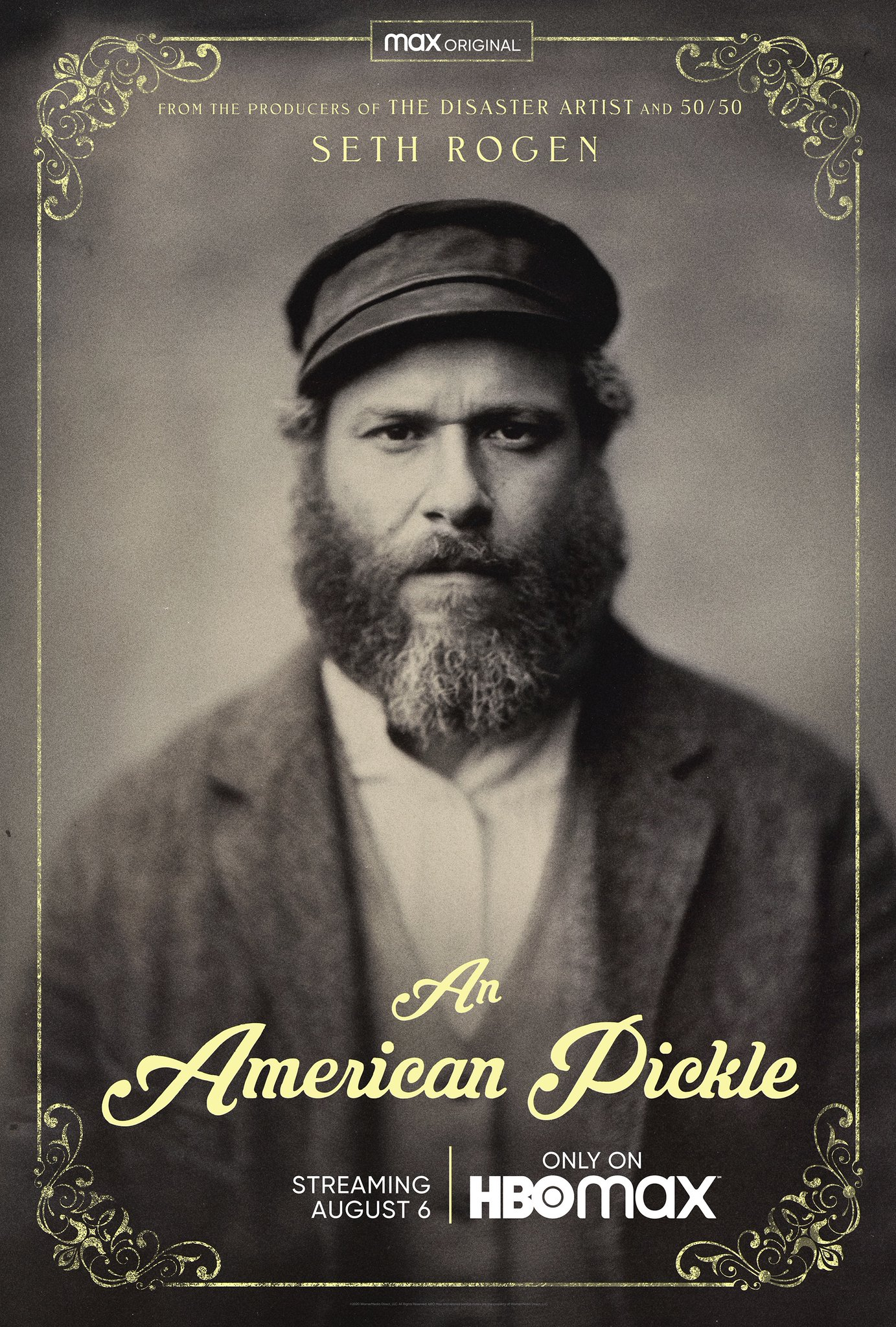 Every major entertainment company wants to jump on the streaming service bandwagon, and each is desperate for content to draw in viewers. WarnerMedia’s streaming service HBO Max launched in May of this year, and while it already owns the rights to many beloved shows and movies, the service is working hard to create original content to establish itself as a strong contender for potential customers. Seth Rogen’s “An American Pickle,” which premiered on August 6, is one of HBO’s first attempts to put its name on the map.

Adapted by Simon Rich, a former writer for Saturday Night Live, “An American Pickle” is based on a four-part series written by Rich that was originally published in The New Yorker in 2013. It marks the solo directorial debut of Brandon Trost, who collaborated with Rogan as a cinematographer in movies like “Neighbors” and “This is the End.” “An American Pickle” follows a Jewish factory worker named Hershel Greenbaum, who gets stuck in a pickle brine container in 1919 and is preserved for 100 years. Herschel wakes up in modern-day Brooklyn, New York to find that he has lost his entire family, except for his great-grandson, Ben Greenbaum. Similar to Lindsey Lohan in the 1998 film “The Parent Trap,” Rogan plays both main characters, although this film pulls off the technique much more convincingly with improved visual effects—albeit 22 years later.

Although the premise is ridiculous, the film embraces the storyline and doesn’t waste time attempting to explain itself. Yes, “An American Pickle” is a comedy starring one of the genre’s most well-known actors, but it’s not the laugh-out-loud movie the trailer makes it out to be. The script is lacking in the jokes department, so there’s not much Rogan can enhance with his comic sensibilities. The punchlines rely on the societal disconnect that Herschel experiences because of his transition to a different era, so he says things that would be considered odd or offensive nowadays, which, at most, earn a smile. The “cancel culture” humor is probably the funniest part, because the film pokes fun at both blind haters and blind followers, and how Twitter is not the place to be unfiltered.

The film’s more melancholic moments deal with the themes of hard work, the unattainability of the American Dream, familial grief and loss, religion and the challenges that one must overcome in order to achieve one’s dreams. The pair tries to connect since, to the best of their knowledge, they are the last of the Greenbaums, and Herschel professes to Ben, “We will bond over our pain.” Both know what it is like to lose the people they love and though they butt heads, they also value family and eventually learn to appreciate one another.

Rogan, a writer, actor, director and producer, is a man of many talents. Known for starring in classics like “Superbad” and “Pineapple Express,” both of which he co-wrote with Judd Apatow, Rogen may not be the most captivating or inspiring actor but he is one of the most talented comedic creators working today in Hollywood. It is always exciting to see comedic actors take on more serious roles because they showcase a different side of their abilities. Although “An American Pickle” is more of a comedy than a drama, Rogen’s performance lacks dimension, which is disappointing considering that he plays both starring roles. This role is yet another variation of the same character he plays in every movie.

Though the premise of “An American Pickle” has potential, the storyline is poorly executed and the characters are presented in such a superficial way that Rogen’s characters fail to connect with the audience. The trailer presents the film as an enjoyable and heartfelt comedy but ultimately, Rogen’s latest endeavor falls short of expectations. This is a disappointing directorial debut from Trost, who brings nothing new to an already watered-down script. This film isn’t a complete waste of time, but if you’re in a pickle over choosing a movie, don’t pick this one.