Michael V. Drake, president of The Ohio State University and former chancellor of UC Irvine, will serve as the next UC President beginning August 1, 2020. Drake is the 21st UC President and the first Black president in UC history. 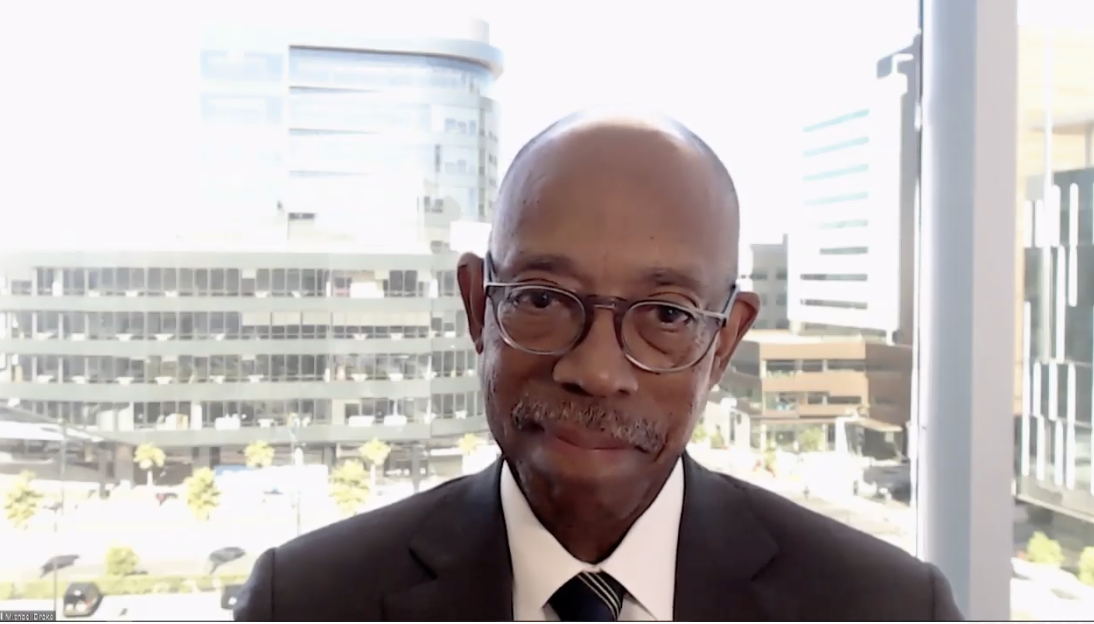 In his remarks to the Regents, Drake touched upon the challenges for the university, including financial impacts from the coronavirus pandemic.

The UC Regents unanimously appointed Drake in a special meeting on Tuesday afternoon, following a nearly year-long search to replace outgoing President Janet Napolitano. During the meeting, several Regents highlighted Drake’s extensive history in education, both within and outside the UC system — a sharp contrast to Napolitano, who came to the helm with no academic leadership experience.

Napolitano has served as UC president for the past seven years after previously serving as Secretary of Homeland Security in the Obama administration and governor of Arizona.

The Regents approved Drake’s salary at $890,000, according to a UC press release sent after the meeting.

The Regents’ search committee held multiple town halls at various UC campuses over the 2019-20 academic year during which students called on the Regents to choose a leader who would prioritize climate change and workers’ rights and provide a more equitable environment for all students, faculty and staff.

In his remarks to the Regents, Drake touched upon the challenges for the university, including financial impacts from the coronavirus pandemic, demand for greater diversity and calls to defund UC police departments.

“The UC is among the few institutions worldwide best equipped to meet these challenges. Perhaps not to solve them and not to solve them single handedly, but to be fully engaged in finding solutions,” Drake said.

Academic Senate Chair Kum-Kum Bhavnani said that Drake will “steer the UC into a bold new era,” and lauded his experience in handling “budgetary challenges, issues of health and healthcare, racism and inclusion [and] policing and security.”

“Michael Drake’s commitment to graduate and undergraduate students, to the work of faculty, to understanding the centrality of all UC employees along with his very deep commitment to social mobility, is a joy to encounter.”

Drake attended Stanford University as an undergraduate, then received a medical degree from UC San Francisco. He served as the fifth chancellor of UC Irvine from 2005 to 2014 and the president of The Ohio State University from 2014 to the present. Drake is also board of governors chairman of the NCAA and a board member for the Rock and Roll Hall of Fame, according to the UC press release.

Regent Sherry Lansing — vice chair of the presidential search committee — said the competition for the position was steep, but Drake stood above his contenders for his history of innovation and commitment to diversity.

“One of the things that was very important to us is somebody who’s ready on day one and Michael brings that quality because of his familiarity with UC,” she said. “When you look at what he did as chancellor [of UC Irvine] and at all the other jobs he had at Ohio State, you see that Michael is bold and he is capable of thinking outside of the box.”

After Drake’s “illustrious” career in education and a public announcement of retirement, Lansing said she was surprised that he took the position, but amounts it to Drake’s history with the UC system.

“I think he’s doing this job simply because he loves UC.”