A special committee comprised of members of the University of California Board of Regents held another town hall meeting at UC Merced on Jan. 31, providing UC Merced staff members and associates the opportunity to voice their concerns and opinions about who should be the next UC president. 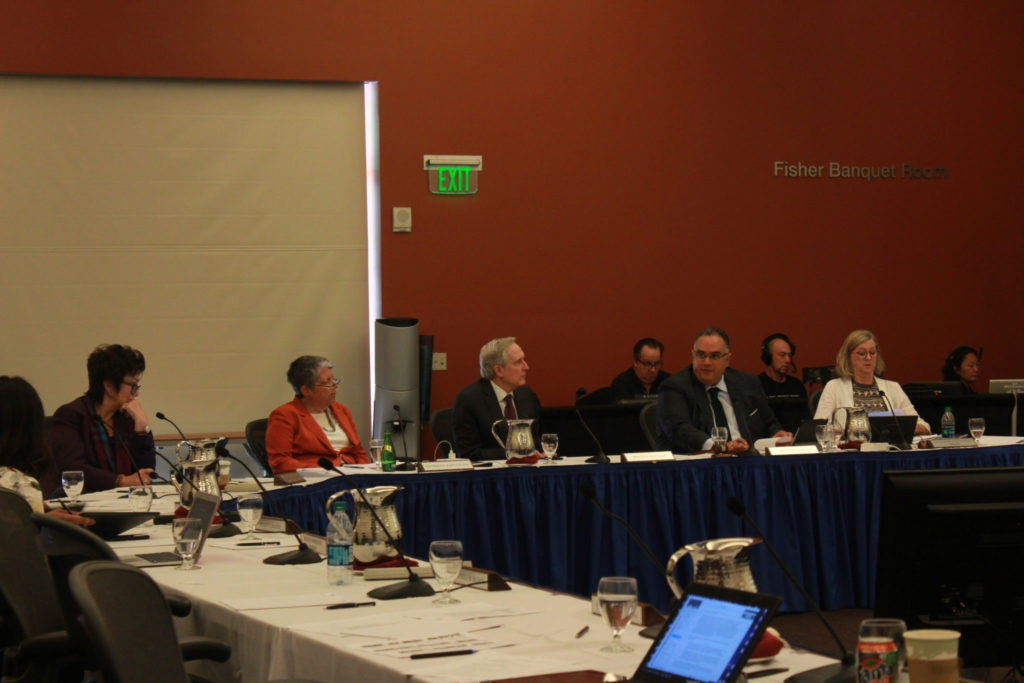 The search for a new president comes after the announcement that current UC President Janet Napolitano will step down in August 2020. Sanya kamidi / Daily Nexus

The presidential search began when current UC President Janet Napolitano announced that she would be stepping down from her position as UC president in August  2020, having served in the position since September 2013. The town hall is the third of four scheduled meetings, the next to be held on Feb. 4 at UC San Diego.

The town hall began with an introduction from Regent Gareth Elliott, who explained that the purpose of the special committee is to consider candidates and recommend an individual to succeed President Napolitano.

Nathan Brostrom, UC systemwide executive vice president and chief financial officer, initiated the public forum, urging the special committee to “nominate candidates who are deeply committed to the mission of social mobility in the Central Valley and in California.”

Brostrom said he hopes that this commitment to social mobility will “not just be in underrepresented communities or in socioeconomic status, but also in geography representing the Central Valley,” as well as assist the 70% of students at UC Merced (UCM) who are first-generation.

Along with talking about the UC system as a whole, Brostrom focused specifically on the campus of Merced, urging the committee to look at candidates who understand how much UCM still relies on financial aid and administrative support from central UC offices.

As many other speakers — comprised of staff and executive members employed at UCM — came to speak before the board, they expressed concerns over the campus’s financial needs and its capability to fund the needed educational growth.

“In recent years, as UCM is on the rise and our students and faculty grow, staff hiring has not kept up,” Priya Lakireddy, president of UCM Staff Assembly, said. “Many of the staff are asked to do more and take on additional responsibilities without resources or compensation.”

Cindi Zimmerman, campus risk manager at UCM, presented a similar financial concern. She discussed the growing pains UCM is experiencing as a young campus, such as “funding constraints [that] create roadblocks for additional full-time employees, which are desperately needed do to the work in order to support the faculty and staff.”

Aside from financial considerations, other UCM speakers encouraged the special committee to select a candidate that mirrors Napolitano’s drive and ambition to continue furthering the academic successes of the UC system.

“I hope you will consider President Napolitano’s passion and determination as baseline qualities when choosing candidates to succeed her,” Chris Abrescy, executive director of Alumni Relations, said. “At UCM, we need a president who will understand the Central Valley and its desperate needs for teaching, research and public service that uplifts this economy.”

“The next President should consider how, in the words of New York Times, UC Merced is and should be the future face of the UC,” Abrescy said.