The UC Board of Regents Special Committee hosted a town hall meeting on Monday at UC Berkeley to discuss the selection criteria for the new UC president and hear recommendations from the university’s students and staff. 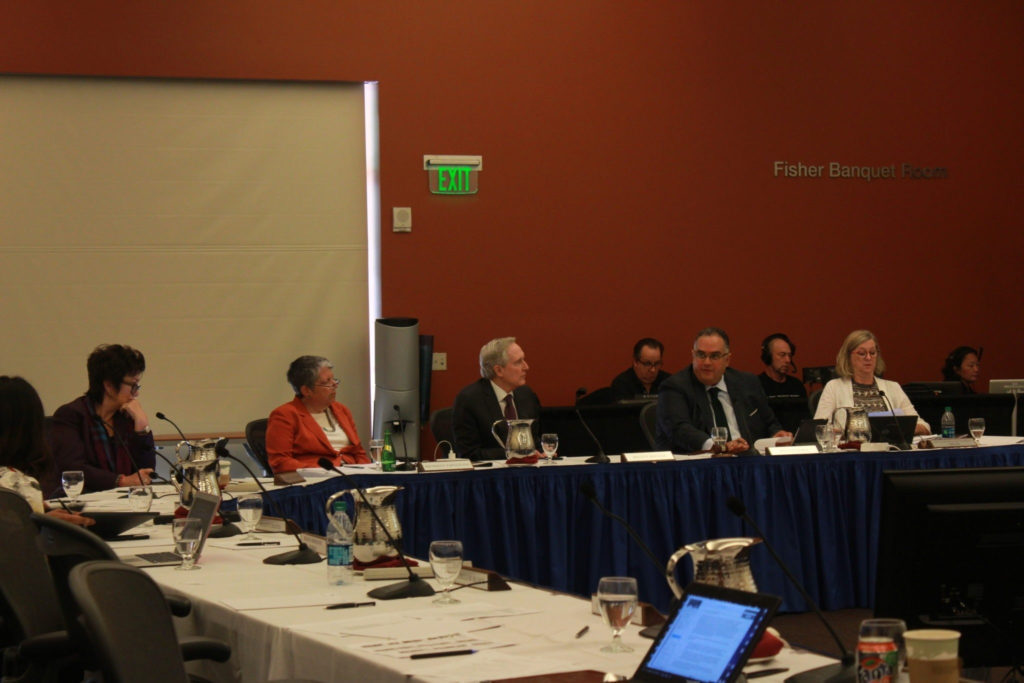 The search for a new president comes after the announcement that current UC President Janet Napolitano will step down in August 2020 after a seven-year tenure. Board of Regents Chair John A. Pérez appointed members of the Special Committee to Consider the Selection of a President last September.

The event was the second of four town hall meetings; the first was held at UC Riverside. Upcoming discussions will also be held at UC Merced and UC San Diego. The committee has also held forums at UC Davis and UC Los Angeles, as well as meetings with UC union leaders and UC health officials.

Students, staff and faculty took to the floor to share the characteristics they are looking for in a president, along with policies they hope the new president will implement.

“The next president needs to be an ally for immigrant students and underrepresented students of color,” Valerie Johnson, a representative from the UC Student Association, said.

Many students at the town hall were also vocal about their desires for the incoming president to focus on campus sustainability policies, including the possibility of creating a UC Green New Deal to address climate change.

“We have an institutional responsibility to act collectively and use our resources to reduce harm and bring about sustainability and justice in our UC communities,” Sarah Bancroft, a third-year student at UC Berkeley, said.

UC Berkeley faculty and staff were also present to voice their concerns to the committee on a number of issues, including food insecurity, affordable housing and diversity and resource allocation.

“As staff, we’re really concerned about the issues of equity and inclusion that this new president would bring,” Brian Light, a delegate from Council of UC Staff Assemblies, said. “We’d love to see if a new president could champion some ideas to help the complexities that staff are increasingly seeing.”

Berkeley faculty held their own town hall last November to discuss ideas to bring to the Special Committee. Michael Burawoy, a sociology professor at UC Berkeley, reported that staff wanted a president who interacted more with students, staff and faculty.

“I wanted to emphasize the importance of the new president understanding the actual campuses, and the relationships between the administration, the Senate faculty, lecturers, challenges graduate students face and the implications all this has for undergraduates,” Burawoy said.

Going forward, the Special Committee will spend the next four months reviewing potential candidates and communicating with students and faculty from UC campuses. The Special Committee’s candidate recommendation for the presidential seat is expected in May.