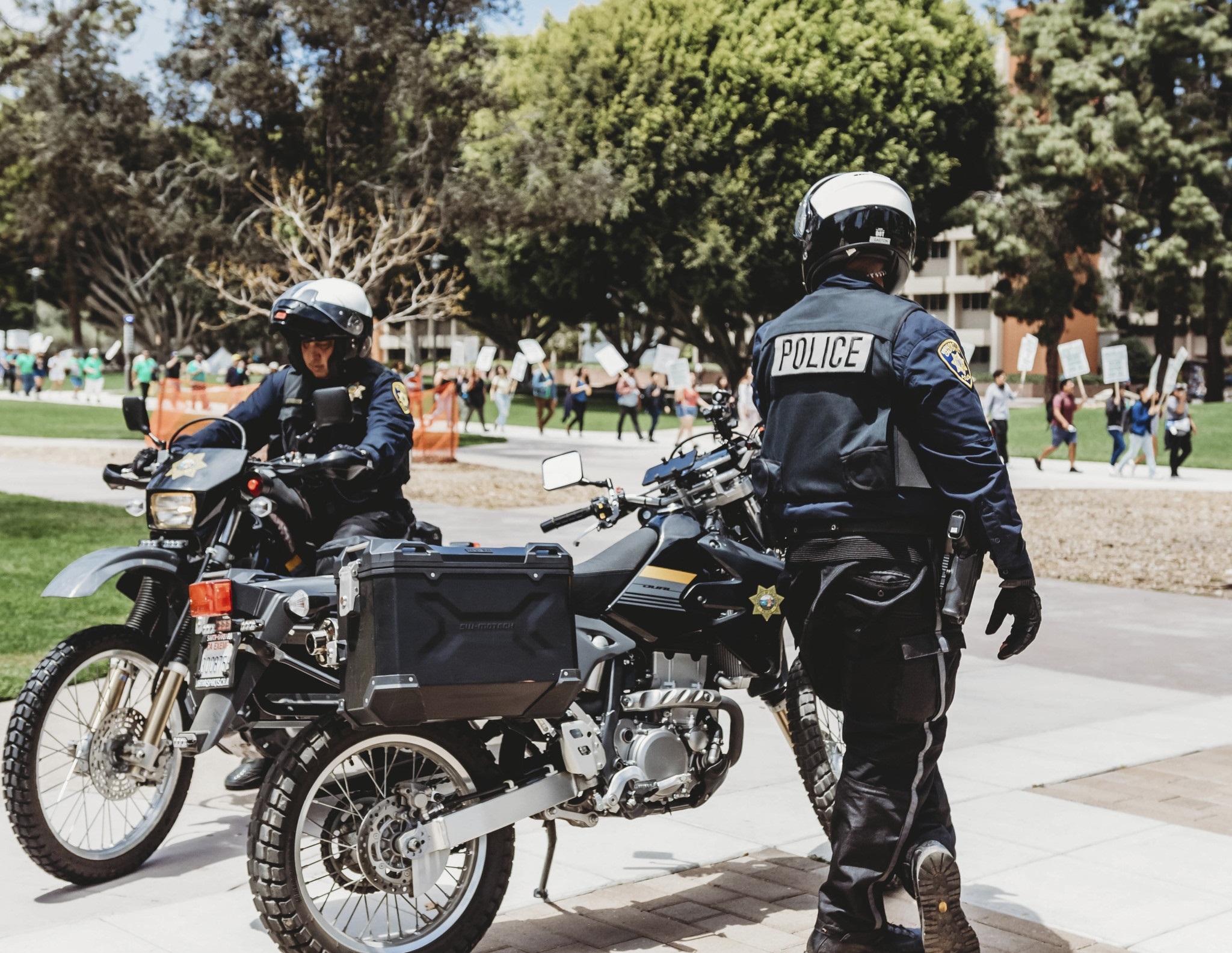 The UC system has police departments for each of the its 10 campuses. Angie Banks / Daily Nexus

The Academic Council — an administrative group which advises the UC President –– submitted the recommendations to UC President Janet Napolitano in a letter on June 29. A spokesperson for the UC Office of the President said in an email that Napolitano will consider the recommendations “as we continue to work with our campuses and community members to find ways to ensure public safety and best serve the entire University community.”

In the letter to Napolitano, Kum-Kum Bhavnani, chair of the council, said the recommendations “represent our solidarity with the current protests against racialized police violence.”

“The University must respond to this watershed historical moment by reassessing the role and presence of police on campuses,” Bhavnani said in the letter.

The Academic Council centered the recommendations on statements they received from students and faculty across the UC System about anti-Black police violence. While the recommendations expand on work done by the Academic Senate’s Public Safety Task Force and the Presidential Task Force on Universitywide Policing, they also criticize the groups’ recent reports as “narrow-bore and technocratic reforms that have failed to address the underlying roots of racialized policing.”

The recommendations echo calls around the country for communities to defund their police departments and redirect the funding to community services, especially those that benefit Black communities and communities of color.

The Academic Council recommended that the UC:

Bhavnani said the recommendations “offer a guide for rethinking the role of police on UC campuses” and could spark needed conversations between university officials.

Napolitano will step down from her position as president on Aug. 1. Her successor will be announced at the UC Board of Regents’ July 7 meeting, but the council plans to continue a dialogue “on the future of policing at UC campuses” with the upcoming UC president.

“UC could be a leader within Higher Education by creating structures that balance safety and justice, and which undermine legacies of structural racism and police violence,” Bhavnani said in the letter.

Curious – why is “Black” capitalized? Why do we need to take away guns? Has a black student, or any student, for that matter, been shot by the UCPD? If so, were they committing a crime when they were shot?

The left is becoming more of a joke as the clock ticks. These cities with the highest crime: Baltimore, St. Louis, NOLA, Chicago, Atlanta, NYC, LA, Stockton, Oakland, etc are nearly ALL run by Democrats. Failed urban policies that expand the welfare state and reward people for having more children ultimately prove that with less incentive to work, the less productive a society can be. They won’t tell you this in the HSSB, or on any grounds of leftwing coastal campuses. Cultural Marxism and the attempt to destroy the nuclear family will be the demise of America as a Western… Read more »

Oh how the memories of 2014 have faded. “Spark conversion”? Defund? Look up the UC’s public safety budget, its not even a fraction. Where can you find funding for these programs? The top paid UC employees are not educators. How about the 145 million the pres had stashed. How about the UC prioritizing out of state or international students over instate dude to more money. It is hard to have a conversation when you refuse to listen. The UCPD has publicly posted numbers in regards to law enforcement contacts on their web pages. Numbers don’t quiet fit the narrative. Sure… Read more »

How quickly we forget the heroics of UCSB officers and others on 5/23/14. Now we want to take guns away from them defund them and basically neuter the police while school shootings have only dipped because school isnt in session. The demands are public performance and will do nothing. They arent losing their guns, they aren’t going to stop partnerships with other agencies, cutting their funding will only increase outside agencies responding. I wish Academic Counsel could focus on improving teaching quality, housing, food security, the gross over charging of fees for remote learning but no this publicly pleasing but… Read more »

Not sure disbanding police entirely is a good idea at this point, but addressing UCPD accountability and rooting out the bad apples is a priority. If we thoroughly address UCPD misconduct across the board and expose misconduct and enforce disciplinary actions, many issues will be stopped at the root. UCPD at Santa Barbara is full of problems. There is still no known punishment for the bad apples after 5 lawsuits involving the officers.

That’s pretty stupid. Elliott Rodger much? The police department can be improved. Tell you what – should this happen, print the name of everyone on the Academic Council who supported this idiocy.