The Daily Nexus
UC News
Upcoming Year Will Be UC President Napolitano’s Last In Office
September 19, 2019 at 12:12 am by Evelyn Spence

University of California President Janet Napolitano announced Wednesday morning that she will be resigning from her position on Aug. 1, 2020, ultimately completing a tenure of seven years. 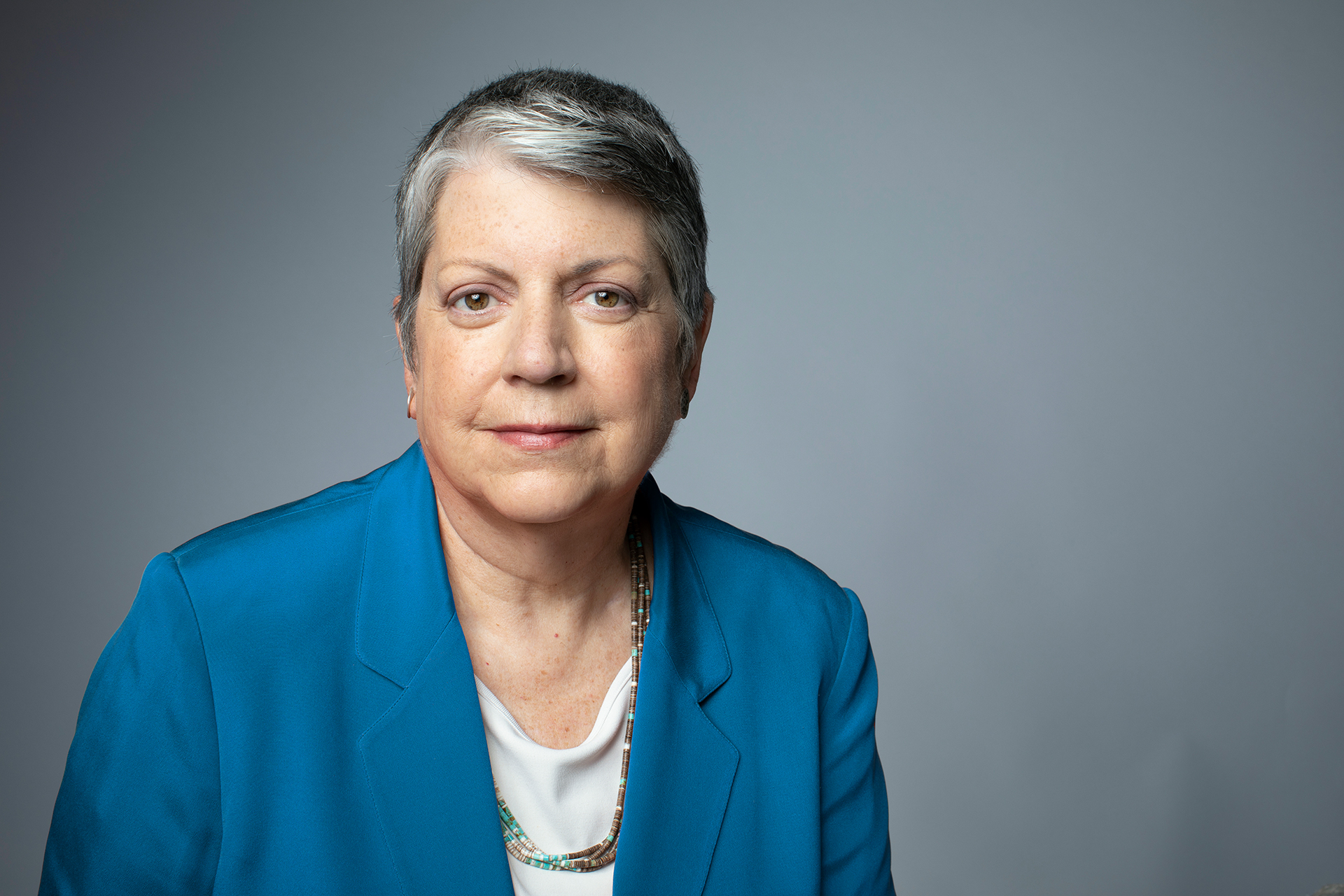 Napolitano was the first woman to lead the 10-campus system. Elena Zhukova / University of California

Napolitano, who announced her decision at the UC Regents meeting at UC Los Angeles, took over as UC president after former President Mark Yudof resigned in 2013. She was the first woman to lead the 10-campus system and tackled several issues during her time in office, including legislation related to the Deferred Action for Childhood Arrivals (DACA) in which the UC system sued the government on behalf of DACA recipients in September 2017.

However, Napolitano received heavy criticism following the decision to raise nonresident tuition and after the reveal of a state audit that found the president’s office was mismanaging money.

She also faced protests during her initial appointment due to her previous position as the U.S. Secretary of Homeland security.

At Wednesday’s meeting, she thanked her fellow Regents, particularly Chair John Pérez, for all of their help.

“I believe the university is on a solid path forward,” she said during the meeting. “Challenges, however, remain. With many new board members, with a new government and what will be seven years of service behind me, I think the university will benefit from some fresh blood.”

In a phone call afterward with media outlets, Napolitano addressed her accomplishments, pointing out that she’s held tuition flat every year except for one and saying the president’s office has made “substantial progress” in implementing the audit’s recommended changes.

Before Napolitano officially steps down next August, she said she wants to focus on the same efforts she has dedicated the past year to: increasing the number of degrees awarded, closing graduate gaps, strengthening sexual assault and sexual harassment policies, increasing availability of student housing and moving forward with UC’s goal to be carbon neutral and 100% reliable on renewable energy by 2025.

It was announced on Tuesday that the UC is pulling its money out of fossil fuels, divesting its $13.4 billion endowment and $70 billion pension.

Napolitano denied in a phone call the claim that she was resigning due to health issues, explaining that she had gone through chemotherapy in 2016 and 2017 and is now cancer free. She reiterated that the average time for college presidents to serve is six years.

After leaving her position, she will take a one-year sabbatical before resuming teaching at UC Berkeley’s Goldman School of Public Policy in the fall of 2021. It is not known at this time exactly what classes or subject she will teach, she said.

When asked if she would ever run for public office again, accept a cabinet-level position or accept a Supreme Court nomination, Napolitano said she has “no intention in those regards” but she would “never say never.”

In regards to Napolitano’s successor, Chair Pérez said he will soon release the names of those selected to handle the nationwide search for a new UC president. The search committee will include students, faculty and alumni representatives, among others.

Pérez said the committee will be looking for a president who will help the university “maintain its role as the top public research university in the world and one that serves as the public mission the people of California have come to expect, and one that builds on the board’s commitment to expanding access and affordability.”

Praise the lord above!