The Daily Nexus
Student Gov
Term in Review: EVPSA Daevionne Beasley
May 21, 2020 at 9:00 am by Max Abrams

The Nexus has compiled profiles of our current Associated Students (A.S.) elected officials to reflect on their past year in office. Looking back on their campaign platforms, we asked our elected officials to tell us about their successes and shortfalls throughout their terms in office. The term in reviews for the other executives — President, IVP, EVPLA and S.A.G. — can be viewed at dailynexus.com.

[Editor’s Note]: Daevionne Beasley was accused of sexually assaulting another UCSB student during his freshman year, an allegation the Nexus recently reported. Term in reviews are specifically intended to examine an executive’s work during their time in office, which is why the allegation is not being addressed in the piece.

Although a pandemic and unexpected projects made for an executive term that was different from what he had imagined, Daevionne Beasley, UC Santa Barbara’s 2019-20 Associated Students External Vice President For Statewide Affairs, said that he felt he was still able to successfully serve the student body. 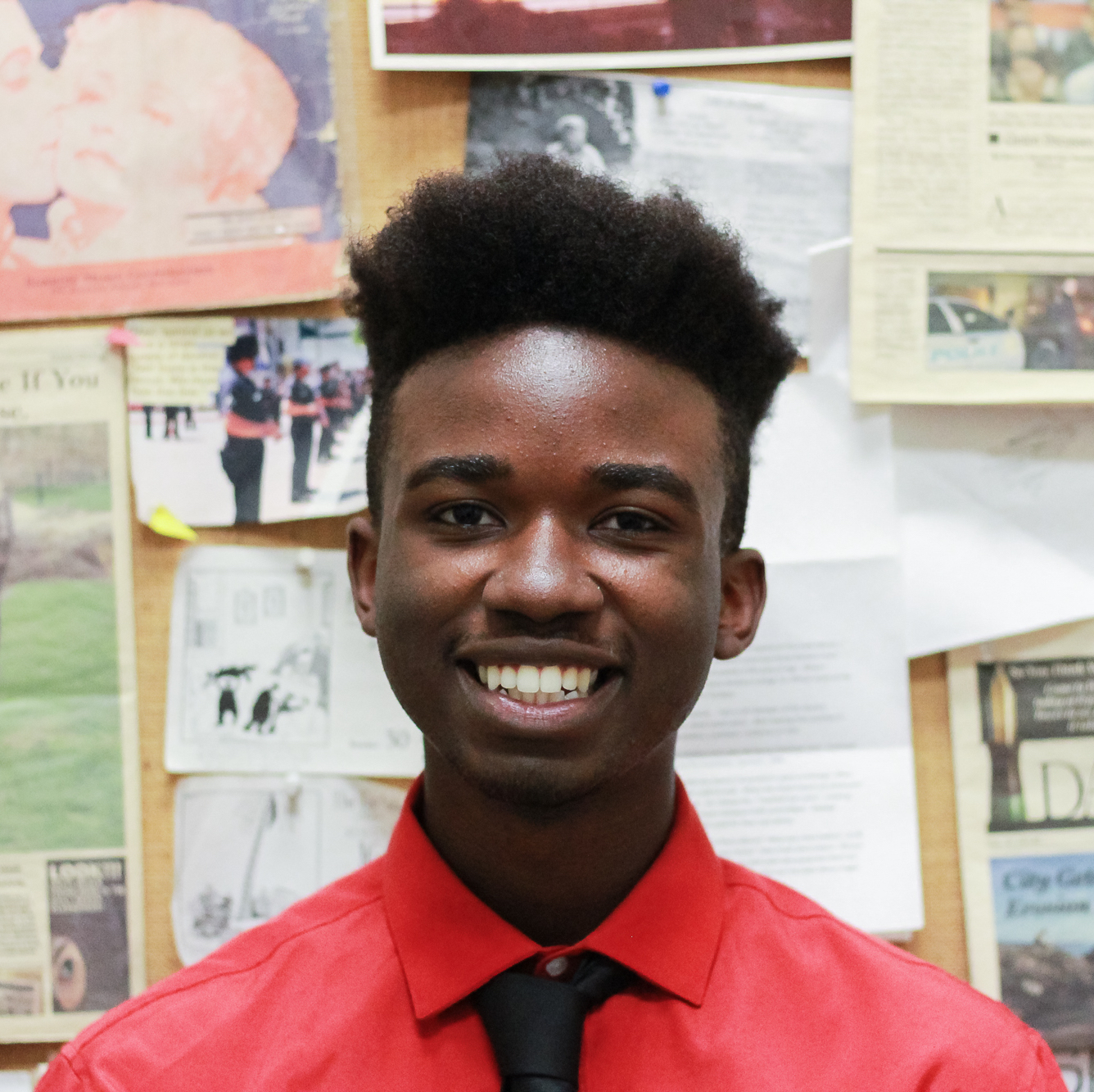 With no predecessor, the third-year sociology major said the first thing he did was revisit the legal code definition of the role. Max Abrams / Daily Nexus

Beasley had little Associated Students (A.S.) experience before he assumed the position of External Vice President For Statewide Affairs (EVPSA). With no predecessor, the third-year sociology major said the first thing he did was revisit the legal code definition of the role.

“The description holds a lot of weight,” he said, adding that although it “sounds like a very daunting job,” it wasn’t “as crazy as it seems.”

At the beginning of his term, Beasley said he planned on sticking to his original platform points — including expanding lobbying trips and working with other UC external vice presidents — over the course of his one-year term. As UC Santa Barbara’s representative for the student body at the statewide and national level, he said his overall goal was to make sure “that students are [aware of] these issues that affect them at those levels.”

Throughout the year, Beasley said he picked up other projects, such as the fight against the construction of the Thirty Meter Telescope (TMT) in Hawaii. Through campus events and open letters, Beasley said he and his office worked to inform students of Chancellor Henry T. Yang’s involvement with the telescope project, and in turn, make Yang aware of students’ discontent with the project.

While his work surrounding TMT was not part of his original platform, Beasley said spreading awareness about the project was one of his proudest accomplishments of the year.

“Life comes at you fast and at any moment you could have all of that thrown up in the air,” Beasley said. “And I was like, ‘Okay, I’m going to put this platform point to the side and focus on what students are actually suffering through right now.’”

Reflecting on his work with TMT, Beasley said the biggest lesson he learned came from amplifying student voices through proper representation.

“If you want to advocate for people that aren’t in the room, you need to bring them into the room. There’s no reason why you shouldn’t have them there with you,” he said.

This year’s EVPSA office also saw the creation of its first organizing department, which serves to support other student organizations on campus by providing funding and assistance, Beasley said. Creating a new arm for the executive office required the office to rewrite portions of A.S. Legal Code, but Beasley said he believed the change helped to strengthen the office as a whole.

This year’s EVPSA office also had the opportunity to tap into the United States Student Association (USSA) budget, which Beasley said allowed him to allocate $30,000 to UCSB Lobby Corps to cover the group’s lobbying trips and increase the number of Washington D.C. and Sacramento trips the group could take. Because USSA has not hosted any events since 2018, Beasley said the lock-in fee language surrounding the organization permits him to access its budget.

With the extra funding, Beasley said the EVPSA office also collaborated with UCSB’s Human Rights Board to host a Criminal Justice Lobby Day, in which group members flew to D.C. to “talk to legislators about legalizing marijuana at the federal level,” along with other criminal justice reforms.

Beasley said his office also saw success in other areas as well. This year’s EVPSA office was the first to fully fund the UCSB Black Student Union’s annual Afrikan Black Coalition Conference and also hosted 22 A.S. fellows — the most of any of the five executive offices, Beasley said.

However, Beasley noted that he did have some difficulty with the Students of Color Conference in fall quarter. The event is organized by the UC Student Association (UCSA), and each UC’s Student Commission on Racial Equality (S.C.O.R.E.) typically sends a delegation of students. Beasley said there were issues coordinating between UCSA and UCSB S.C.O.R.E., calling it “one of the top three toughest moments” of this past year.

Beasley added that the coronavirus pandemic upended his plans for spring quarter. He said he had planned on hosting UCSB’s Gender Bias Summit with Students Against Sexual Assault President and EVPSA-elect Alia Reynolds, as well as attending the annual Student Lobby Conference (SLC), which he said is one of the EVPSA office’s largest events of the year.

Out of concern for student safety amid the coronavirus pandemic, Beasley said SLC was canceled following a vote from UCSA’s Executive Vice President representatives from each UC, including Beasley. The cancellation of SLC resulted in about $80,000 of unanswered refund requests for hotel reservations, which Beasley said wiped out UCSA’s “entire rainy day fund.”

Aside from canceled events, the timing of the coronavirus pandemic — which threw winter quarter finals week into a frenzy — left many students on edge about the nature of finals week. During this time, Beasley said he worked with A.S. President Alison Sir to create a Google form to field questions and concerns from students about the status of their exams.

After accumulating over 250 responses, Beasley said he and Sir arranged a meeting with Yang, Vice Chancellor for Student Affairs Margaret Klawunn and the chair of the Academic Senate, Henning Bohn, to review the student concerns and explore alternatives to in-person finals.

“We got to the meeting and it was very high tension. Chancellor Yang was obviously under a lot of stress and pressure. He said he had faculty hitting him from all sides, saying that ‘you can’t force us to do an online course or do ProctorU or do this or do that,’” Beasley said.

“But he was also trying to level with us as students to do what was best for us,” he said, adding that he and Sir stressed to Yang that students are key stakeholders in the success of the university and that “faculty only exist on the campus because of students.”

After relaying student testimonies and continuing discussions with the Academic Senate and UCSB administration, Beasley said the university decided to allow professors a choice: either move all finals online or cancel them entirely.

Reflecting on his year as a whole, Beasley said the one thing he would change about his office is its accessibility to students. “Of course when you hear ‘A.S. President,’ you’re like, ‘Okay, they’re the ones who are supposed to advocate for me,’” but far too often, he said, students forget that other executive offices may be a better fit for their needs.

Reynolds will be sworn in as the new EVPSA during tonight’s Senate meeting. Beasley said he hopes that Reynolds will expand the EVPSA office and use it to “continue connecting with the marginalized groups on campus, to learn about cultural issues outside of her comfort zone and to keep an open mind to new challenges and experiences.”