On Wednesday afternoon, the University of California Student Association, which represents students across all UC campuses, released a letter signed by all nine Associated Students External Vice Presidents demanding the UC cut financial ties with the Thirty Meter Telescope project.

The call for divestment comes two months after students across the UC system began raising their voices in opposition to the Thirty Meter Telescope (TMT). The project, which has sustained numerous delays due to protests over its planned location on native Hawaiian land, drew criticism from UC Santa Barbara students in the form of petitions — which condemned TMT’s operations — and demands for UC Santa Barbara Chancellor Henry Yang to resign from his position as chair of the board of governors of TMT. 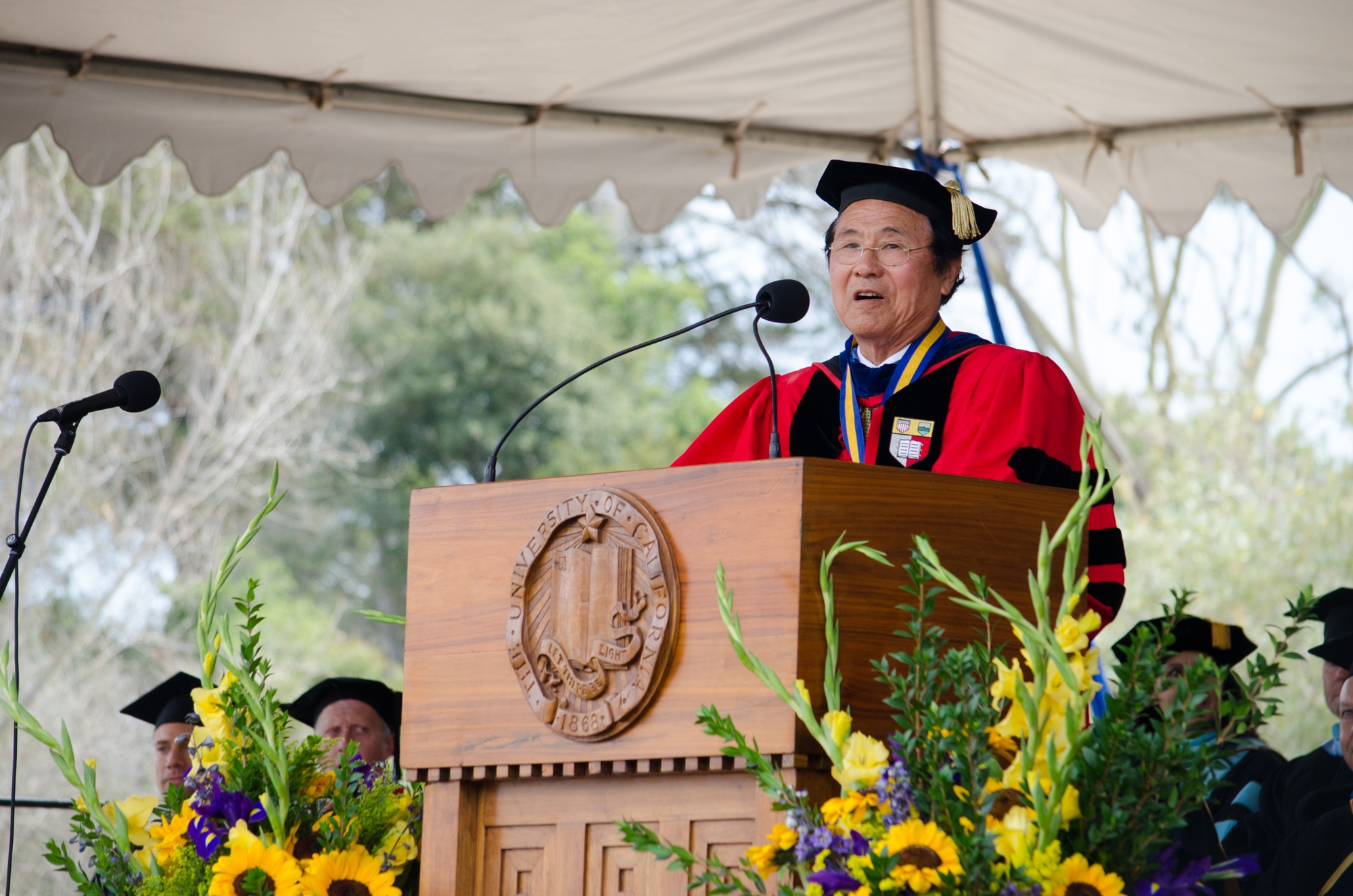 Chancellor Yang serves as the chair of the board of governors of TMT. Nexus file photo

The recent statement from University of California Student Association (UCSA) begins with a criticism of the UC’s operations on native land: “other than an occasional nod” to indigenous populations, “there have not been the kind of substantial steps necessary for meaningful reparations,” the letter read.

The letter goes on to expand on its demands, asking the UC to cease funding for TMT and for any faculty or staff sitting on the project’s board of governors and science advisory committee to “speak out against the exploitation of Mauna Kea.”

“It is unacceptable that an institution that claims to pride itself on respecting indigenous voices and uplifting students from diverse backgrounds would continue to support a project against the wishes of the land’s stewards,” the letter read.

Beasley noted that students are concerned that they may be “scrutinized” for their connection to UCSB due to the university’s involvement in the project. He also emphasized Yang’s involvement with TMT and explained that students who aren’t in favor of TMT’s construction feel pitted against institutions that support the cause.

Beasley explained that the letter initially took shape at the UCSA August board meeting, where Mark Green, a UC Berkeley legislative director, gave a presentation regarding the UC’s involvement with TMT which later became the framework for the demands.

Following the August board meeting, Beasley said Green asked him to hand-deliver the letter to Yang, which he plans to do soon.

Beasley said he is also working with Christian Ornelas, external vice president for local affairs and fourth-year environmental studies major. The two are currently in contact with the UCSB American Indian Student Association to “get their input on the situation” and “[see] what exactly my office can do to help them,” Beasley said.

Despite the backlash against TMT, Beasley maintains that the project will go on “with or without Chancellor Yang’s involvement,” but has hope in the power of student activism and its potential to stunt the UC’s role in the project.

“The main solution would just be to come together and to really listen to the indigenous communities here and over in Hawaii,” he said.

“There’s beauty in activism and students using their voices because it gets things done.”

UCSB spokesperson Andrea Estrada could not be immediately reached for comment.

This is great! UCSB already sits upon occupied Chumash land and the UC has done nothing but marginalize indgienous people. As students we need to use our voice in order to stand in solidarity with other indigenous people everywhere

In spite of the fact that most Native Hawaiians are in favor of the telescope.

Do your research, only 400 people were polled.

Whereʻs your factual proof that ʻmost Native Hawaiians are in favor of the telescopeʻ? When tmt supporters hold rallies they get about 100 people in attendance and majority are NON kanaka :) When kanaka hold rallies they show up in the hundreds to thousands with MAJORITY being kanaka but also includes non Kanaka :)

In 1880, King (David) Kalakaua said he wanted to establish an observatory in Hawaii. Guess you idiots know what’s best for Hawaiians.

Not 13, and defintely not one bigger than all the other 13 combined while talking the sacred land, and destroying it You’re the idiot – these telescopes have been protested since the 60s and ALL of them have been put in ILLEGALLY. DO YOUR RESEARCH.

But he didnʻt say that he wanted to establish it on Mauna Kea. Youʻre talking as if you know whatʻs best for Hawaiian people. Idiot.

Let me guess, not many S.T.E.M. students in UCSA.

LOL! As if the tourist busses and a myriad of other people who drive up there since the sixties when the road was ILLEGALLY built on Hawaiian Homeland, arenʻt having a major effect on the environment.

The polls that have been done show that the majority of Kanaka Maoli (Native Hawaiians) favor TMT. Max chooses to repeat the narrative of a vocal mob. After UCSB 1975, then UCLA grad 1977, I moved to Oahu. During my 30 years there, I took every Hawaiian language course available at the Univ of HI, Manoa. As a current resident of Waimea (Kamuela) on the Big Island, I have amused myself by going out to the protest site and trying to speak Hawaiian to the protestors. I would say that 3% can carry a conversation in Hawaiian. Odd, it is… Read more »

The poll was done with 400 residents. Do your research.

The true numbers are shown in the physical rallies that are held in the islands…the last one drew more than 20+thousand people on Oʻahu alone! Vocal mob?!?! Nothing but peaceful protection of the land that is clear astronomers and their supporters donʻt care about. I will be sure to let protectors on Mauna Kea know about the infiltrator who only goes up there to spy and later ridicule them on the internet.

Unfortunate that the UC’s student governments stand in opposition to such a critical project for the advancement of our understanding of the universe. The leaders of UC’s respective student governments are choosing to side with the small faction comprising the project’s misguided opponents as opposed to the majority of indigenous people in Hawaii and across the continent who support the project. The UC must continue to honor its commitment to the advancement of science by continuing to financially support the project.

You are wrong. Majority of kanaka are AGAINST the ʻprojectʻ.

You’re wrong I am kanaka and so are over 100 of my family and friends we are all in favor of tmt. Speak for yourself not others.

Professional victims seem to be outnumbered by fact staters on this one. Max, where are you?